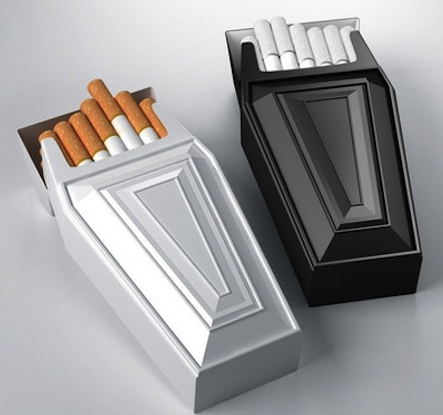 Yes. They call cigarettes coffin tacks. They call ’em cowboy killers too. That’s how the Marlboro Man died, ya’ know. So, first off, here’s a typical day in the life of a smoker: Wake up, smoke. Take two aspirin for the chronic recurring headache. Maybe a swig of some orange juice to wash it down. Shower. Head to work. Puff a cigarette on the way. Do what it is you must do to pay the bills, and take those cigarette breaks, that’s one per hour for the pack-a-day’er and every half hour for the 2-pack-a-day’er, but most folks can’t pull a smoke break every thirty minutes unless they run their own biz. Now, done with a hard day’s work, are ya … so head on by the store on the way home, grab a new pack-a-smokes, maybe a backup lighter and a honey bun, and head on back to the flat. Now, if you’re a night owl, like many of us “kind,” or you work at a bar, restaurant, movie theatre or hospital, you’re probably gonna be up for a while, watchin’ some reruns or some dvd or netflix movie or a free health-related YouTube clip!! (hint, hint). 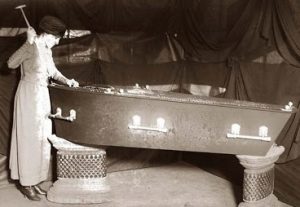 A lot to think about, but that’s a good thing. And that, my friends, my “smoking” friends, calls for another cowboy killer. Hope it’s not the one that actually kills you, cowboys and cowgirls. Then maybe cook up a fried sandwich, with some eggs, cheese, a slab of meat, or maybe just microwave leftovers, wash it down with a diet soda and some more aspirin, cause you know that migraine’s probably on the way, not to mention the meat and soup have MSG, monosodium glutamate, likely, and that’s the NUMBER ONE migraine-causing food-drug in the world. The diet coke or pepsi or whatever your actual POISON DRINK is, contains aspartame, the next nefarious food-drug that’s pillaging people’s central nervous systems and making everyone think they need anti-depressants and anti-anxiety meds just to get by. You can stop wondering now, you smokin’ smokers! And so the sun – it set, and the moon it rose, and now, if you stayed up all night, the moon “sets” and the sun will rise again (even though that doesn’t really happen, it’s a rotational thing, the sun actually rotates about once a month – had to look that one up). Back to the coffin tacks conversation … 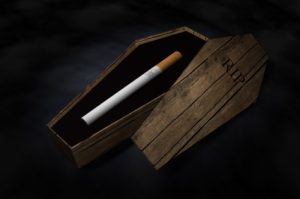 And so life goes on, day after day, for the smoker, hour after hour, minute after minute, and the chronic sicknesses perpetuate, and the doubt flounders on, but one thing is for sure, you don’t want to be a health fanatic … or do you? Let’s check and see what’s going on in the life of those “peeps” –

Yes, they call us health fanatics. We are the ones who make a big deal out of most meals, although, if you know us well, we have cheats–like cheat meals or even cheat days, but that doesn’t mean we totally “fly off the rails” and go crazy, but our bodies can do the work to detoxify a little easier when we’re not chronically clogged, if you know what we mean. Yes, constipation. That rules the nation. Yes, pharmaceuticals (statins) make you horribly constipated, and that’s one of the worst poison triggers you can pull (it’s like digestive suicide). So of course, we cleanse, we “detox” and sometimes we “starve” (fast for a day). Yes, it hurts. And the reward “hurts” so good, too. Still, the criticism comes, but we’re used to it. We’re the “fanatics.” We like NOT being sick and NOT feeling like a slug all day. We like HAVING energy and motivation, and we KNOW it comes from the food (and the water). We talk about clean food and they talk about some quick diet kick they’re trying out … gluten-free!! Wow. Not working out? That one is tricky because tons of gluten-free packages of food contain all-kinds of other toxins. Paleo! Wow. Still not at your ideal weight? That one is super-tricky because it encourages those carnivores to sink their fangs in that stuff that contains amino-acids somewhere, way deep in there, through all that digestive work you body must do to get to it, and then there’s the BAD fat – get there! 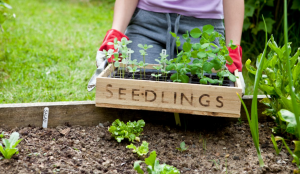 Yes, they call us health fanatics, but we are the ones who try to help people, not criticize. We reach out. We share strategies. We empower! Thousands of smokers have quit smoking because they read StopSmoking.News and something catches their attention, some unveiled hook or some uncovered topic they knew about, but nobody was talking about. Something one day grabbed their interest and kept it long enough to … wait for it … escape the habit.

Turn a typical coffin tack day into a typical health fanatic day, and that’s “all she wrote!”

No turning back now smokers … become an ex-smoker health fanatic and LOVE every minute of it.

This is YOUR cigarette escape plan 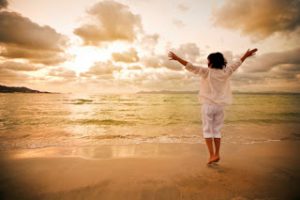 No meds, no side effects, no crazy withdrawals. To preview the secrets of the natural program, watch the free trailer presented by the Health Ranger himself, Mike Adams, Editor and Founder of NaturalNews.com.

How great would your life be WITHOUT cigarettes?!