Democrats okay with killing babies born alive after FAILED abortions… would they hesitate to murder Trump supporters if given the opportunity? 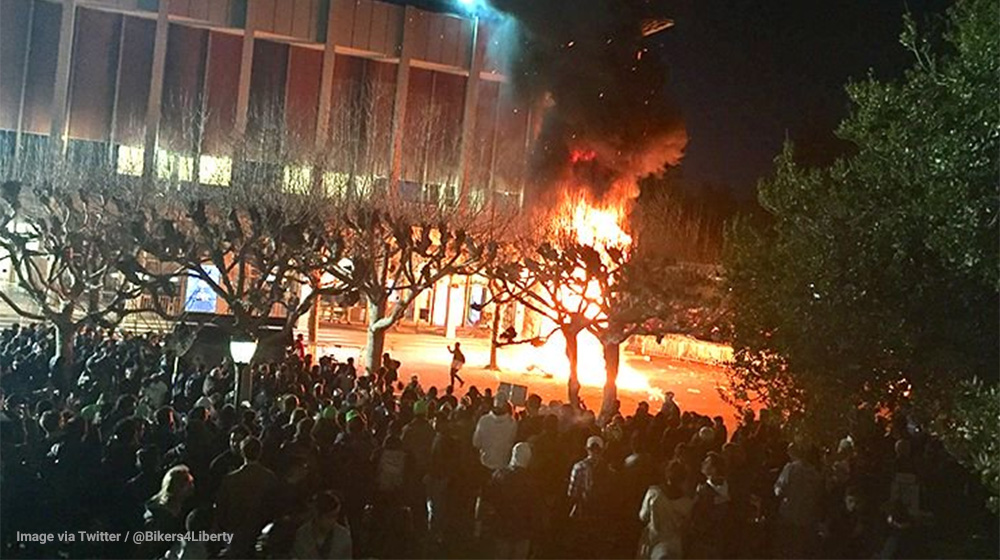 In a story that flew under the radar last week, no doubt because the Left-wing mainstream media (MSM) knows most Americans would be horrified and reviled by it, the New York Senate passed an extremely radical pro-abortion bill that permits the killing of an unborn baby right up until the time of natural birth.

What’s more, the bill also legalizes infant murder by allowing abortion doctors to kill babies that somehow survive the procedure. In addition, the new law would allow non-physicians to perform abortions as well.

Abortion activists have been attempting to get this monstrous bill passed for a decade but were unable to do so because rational, pro-life Republicans controlled the chamber. That all changed during the 2018 midterms, which saw Democrats take the majority.

After the bill passed, A New York Public Radio reporter noted that she heard someone shout in the Senate chamber, “May almighty God have mercy on this state!”

Liberalism is a sickness, a disease

Why are Democrats and their supporters so enamored with murdering the most innocent among us — unborn children — yet will go to any lengths to save a cold-blooded killer on death row?

Democrats’ moral compasses so seriously damaged, does anyone seriously doubt that they would support the Nazi-style roundup and gassing of conservatives and Trump supporters? If you do, take a look at this brief interview:

Here is @uofcincy student @prestonbrwn_ saying Covington Catholic students deserve to die in a school shooting. "Life happens, you get what's coming to you". The left doesn't care about kids OR gun violence. pic.twitter.com/TLbtPB5FP4

The student is being told that minor teenage boys are being threatened with death and he’s okay with it. “I don’t care,” he says. People “get what’s coming” to them, even though the Covington Catholic School teens themselves were targets of racism, harassment, and bigotry, not the other way around. (Related: Catholic leaders dump all over their own youth to appease the lunatic Left… the truth no longer matters to the Church.)

There are those who call liberalism a disease. Given the perverted sickness pervasive within the Democratic Party, no reasonable person can deny that it is.

Read more about the increasingly unhinged nature of liberalism at Unhinged.news.