Impact of electric buses starting to become obvious – 279,000 barrels of fuel a day won’t be needed this year 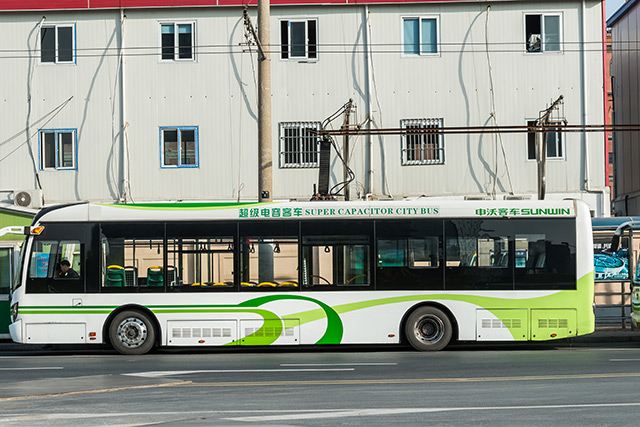 Seven years ago, everyone had a good laugh at the electric bus demonstrated by Chinese company BYD. Now the fossil fuel industry isn’t laughing anymore because these vehicles are saving 233,000 barrels of fuel each day, a Bloomberg report states.

Electric buses are not just changing the way people travel within urban environments. By reducing the demand for fossil fuel, they are forcing the energy industry to alter itself.

As of 2017, there are 385,000 electric buses around the world. China owns and operates most of them. The zero-emissions vehicles make up 17 percent of all buses in the country.

The typical bus burns 30 times more fuel than most cars. So the massive numbers of electric buses are making a bigger impact on the energy industry than their car equivalents from Tesla or Toyota.

Bloomberg New Energy Finance reports that every group of 1,000 electric buses saves 500 barrels of diesel fuel each day. Combined with the reductions from other electric-powered transports, the total savings will reach 279,000 fuel barrels a day in 2018.

For a comparison, the country of Greece uses up that much fuel each day. As mentioned earlier, buses take up 233,000 barrels of fuel.

China suffers from the worst pollution in the world. Its urban population and reliance on coal led to infamous smogs that caused 1.6 million deaths back in 2015.

In 2008, Shenzen was one of the worst Chinese cities when it came to smog. It became the target of a 2009 pilot program for zero-emissions vehicles.

Shenzen houses a BYD production line, which started rolling out electric buses in 2011. In December of that same year, the city finished electrifying its 16,359-strong bus fleet.

They believe their electric buses have saved 1.8 billion gallons (6.8 billion liters) of fuel. That translates to 18 million tons of carbon dioxide.

Bloomberg LP researcher Colin McKerracher says city governments around the world are being criticized for urban air pollution. That pressure could drive sales of electric buses.

London and other cities are switching to electric buses

Like Shenzen, 13 of those cities have responded by shifting to pure zero-emissions transportation by 2025. London, for one, is slowly working on modernizing its fleet.

Four bus routes in central London are being electrified. The city government is planning to retrofit 5,000 diesel buses. If all goes well, its buses will emit no air pollution by 2037.

Electrifying the city’s entire network will save 430 barrels of diesel every day for every 1,000 electric buses. That’s 0.7 percent of the U.K.’s usage of diesel fuel.

As of 2017, there are more than 300 electric and hybrid buses in the U.K. This budding market has caught BYD’s interest.

The partners have busy days ahead. London’s transport authority is considering electrifying its famous double-decker buses.

To read more about the increasing impact of electric buses and other vehicles, visit Power.news.