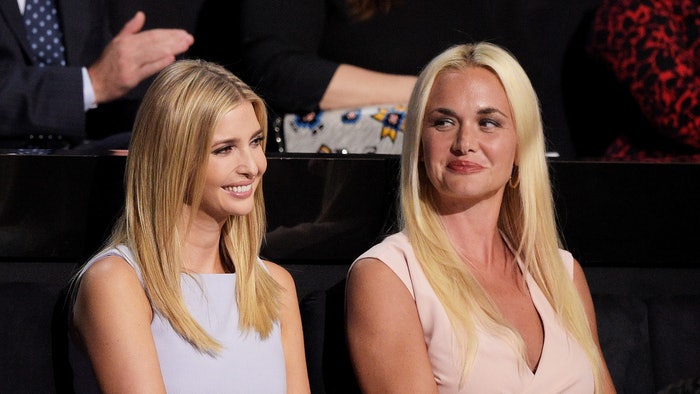 Either some lunatic just warned that he/she is preparing to kill Vanessa Trump, wife of Donald Trump Jr., the president’s son, or whoever sent her an envelope filled with a suspicious white powder is one sick so-and-so who needs to be identified as quickly as possible and arrested.

On Monday, officials said, Vanessa Trump was opening mail at her East 54th Street apartment in New York City when she found one of them laced with what has so far been reported as a “nonharmful white powder.”

As reported by a local NBC affiliate, the “unidentified power” was determined not to be hazardous but was nonetheless sent in for additional laboratory analysis, according to a spokesman from the NYPD.

“It’s not clear who sent the envelope, but it was postmarked from Boston, according to a senior law enforcement official,” the site noted further.

Trump, 40, opened the letter Monday morning. After discovering the powder, she reportedly became nauseated and began coughing, forcing her to call 911. Emergency personnel decontaminated her and, most likely her apartment, on the scene as a precaution.

She was then transported to a local hospital for observation and further evaluation, but again, only as a precaution, authorities were quick to note. Sources told the local NBC affiliate that two additional people were taken to the hospital, but they, too, were not injured.

“Thankful that Vanessa & my children are safe and unharmed after the incredibly scary situation that occurred this morning. Truly disgusting that certain individuals choose to express their opposing views with such disturbing behavior,” Don Jr. tweeted Monday afternoon after learning that his wife was okay.

In addition, first daughter Ivanka Trump tweeted her support for her sister-in-law while admonishing the jerk off who sent the powder-filled letter: “No one deserves to be frightened this way. There is no excuse.”

While officials, as of this writing, have yet to specifically identify the powder, reports suggested it may be cornstarch. But in the heat of the moment, of course, who would know the difference?

Police and emergency responders from NYC remained on the scene into the afternoon. The NYPD sent detectives who worked in conjunction with the U.S. Secret Service as they began an investigation into the incident.

“The Secret Service and our law enforcement partners in New York City are investigating a suspicious package addressed to one of our protectees received today in New York, New York,” the agency said in a statement. “This is an active investigation and we cannot comment any further.”

“How disturbed must a person be to do what they did to a mother of five young children?” said President Donald J. Trump’s personal attorney, Michael Cohen. “This dangerous and reckless act goes beyond political differences.” (Related: There can be NO reconciling between political Right vs. Left, so it’s best we “divorce” peacefully NOW before we turn America into one giant Syria.)

This isn’t the first ‘white powder’ incident involving the first family. In March 2016 police and FBI agents opened an investigation after Don Jr.’s brother Eric received a letter that also contained a white powder that turned out to be harmless. Other envelopes containing white powder were also sent to Trump Tower, where the president had his campaign HQ, twice in 2016.

All the Trump’s are asking the rhetorical question, ‘What kind of sicko would do something like this?’ I have the answer: A typical Alt-Left scumbag Antifa type so filled with rage warped by Trump Derangement Syndrome as to be a threat to the civil society in general.

This incident further proves my assertion: There can be NO reconciling with a political mindset that would rather kill its opposition than negotiate and compromise with them, or win through elections.