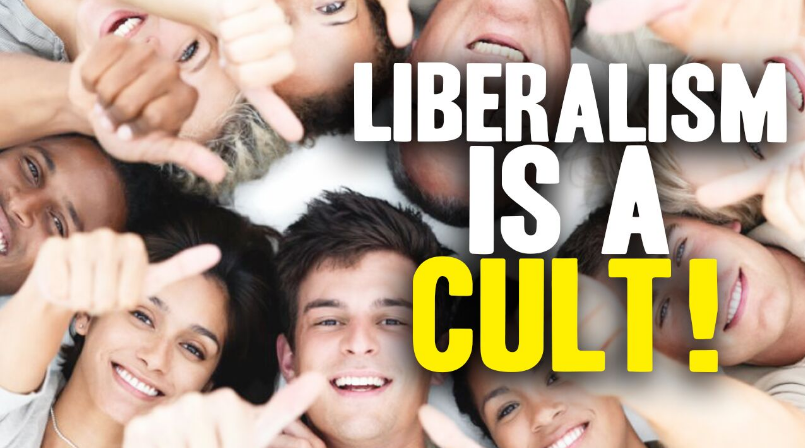 Hollywood’s hatred for conservatives in the Trump era has never been more palpable and in-your-face – and in the case of a recent episode of the popular television show Law & Order: SVU, more pointedly gruesome.

In a recent episode of the show entitled “Info Wars” – an obvious reference to Alex Jones’s media network – a conservative pundit and media personality by the name of “Martha Cobb” is depicted delivering a speech on a college campus in which she takes aim at “liberal snowflakes” in front of a “Make America Great Again” hat-wearing crowd of students.

Taken right from the playbook of actual events that took place around the 2016 presidential election, the speech is met by an angry mob of “anti-fascist” (Antifa) protestors who swarm the area and engage in a violent clash with “white supremacists” – another reference to actual events that allegedly took place late last summer in Charlottesville, Virginia.

After the melee runs its course, the “Martha Cobb” character, who looks, acts, and talks like the real conservative commentator and author Ann Coulter, is seen unconscious. Her body is depicted as having been beaten and sexually assaulted with the pole of a protest sign as New York Police Department (NYPD) detectives are seen investigating the scene.

But because the victim is a conservative, the show’s writer, Robert B. Cohen, made sure to politicize the handling of the crime scene. Show regulars Olivia Benson (Mariska Hargitay), Odafin Tutuola (Ice-T), and Amanda Rollins (Kelli Giddish) are seen arguing over the potential motivation of the crime, including Cobb’s support of policies that would “close down Planned Parenthood and deport the Dreamers.”

The team eventually nabs Antifa member Justin Vichinsky (Adam William Zastrow) as the perpetrator, identifying his protest sign as the weapon used to mutilate Cobb. But once again, the show takes a turn towards liberalism as the rally where the crime took place is brought back into view with its leaders caricatured as “alt-right white supremacists.”

“The episode was a ripped-from-the-headlines depiction of last year’s deadly clash in Charlottesville, Virginia, between neo-Nazis, protesting the removal of a Robert E. Lee statue and violent counter-protesters,” commented Jerome Hudson from Breitbart.

In light of all this, Vichinsky is then put on trial, which is right around the time when viewers are apparently supposed to feel sorry for him. This becomes further evident when Cobb’s own lawyer is seen asking the judge presiding over the case to dismiss it, explaining that “I am sure that the perpetrator of this crime will never be known to a legal certainty.”

Some viewers definitely picked up on this anti-conservative sentiment, including one Twitter user who tweeted:

“I literally don’t know who to feel bad for, the victim or the protestor for a good cause…”

The official Law & Order Twitter account re-tweeted this, and Cohen, the show’s creator, tweeted his own jab in response to an actual tweet by Ann Coulter, who had criticized a California city government vote to remove a Christopher Columbus statue from its city hall.

“Timely,” was Cohen’s pithy and snarky response to Coulter’s tweet. And just to drive the point home, he was sure to add an “InfoWars” hashtag, letting the world know that the “Info Wars” episode of Law & Order was, indeed, meant to be a thinly-veiled attack against the real Ann Coulter.