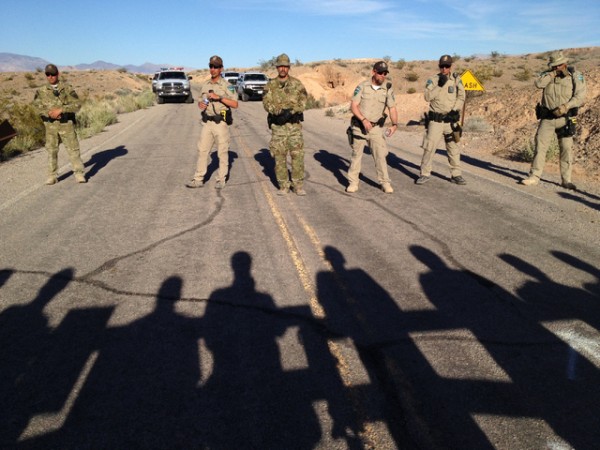 The Bureau of Land Management (BLM) website states that it owns and manages 10% of the U.S. land mass along with 30% of any “sub surface minerals” tucked underneath. According to Bigthink.com, this percentage equates to approximately 247 million acres, comparable to the size of Eqypt. BLM’s real estate portfolio includes wide swaths of vastly diversified ecologies and topographies – plains, grasslands, artic tundra, high mountain ranges, hardwood forests, rivers and sweeping desert vistas. And then there’s the gold, silver, uranium, oil and a myriad of other minerals and commodities to extract for money, or perhaps debt payments to the Chinese.

It was 1812 when the BLM got is unofficial start as the General Land Office (GLO). The job back then was to encourage western migration, homesteading and food self sufficency. The GLO and the U.S. Grazing Service merged in 1946 to officially form the BLM. Since then, under the guise of conservation strategies, government dictates and the globalist Agenda 21 mandates, the BLM has grown into a massive, out of control federal behemoth stealing homesteads, deeds, rights and lands from generational ranchers and farmers. In 2014, Northwestlibertynews.com covered the events at Clive Bundy’s anti BLM stand at Bunkerville, Nevada, where 80% of the land in that state is federally controlled. That documentation is still in progress, as is the fight to end the BLM.

Northwest Liberty News co-founder James White has interviewed a number of men and women whose land and families are directly affected by the government’s tyranny. These brave citizens have become  fearless activists with personal testimonies of BLM’s outright lies, underhanded tactics and intimidation. Here’s Nevada rancher Henry “Hank” Vogler discussing how the BLM has degenerated. Vogler makes it clear; “The West is for sale.”

Michelle Fiore is a Nevada Assemblywomen for District 4. She makes a point about the astonishing rate of incarceration across America, including cowboys that get into tussles about land issues, or citizens doing something as innocent as collecting recycled items on the side of a highway. She reiterates t0 the state of Nevada that is being stolen by the government agencies as well as her experience as an elected official during the Clive Bundy affair.  Fiore calls the BLM out as perpetrating a war against rural America.

Carol Bundy is the wife of Cliven Bundy and mother to their fourteen children. It was 2014 when cowboys and ranchers, carrying American flags on horseback, along with other patriots from around the nation, stood before snipers and the BLM army who had confiscated the Bundy’s cattle  in a grazing rights and land ownership war. When the BLM backed down, it was a significant victory, but it wasn’t the end for the Bundy family’s involvement in the fight for liberty and freedom. In a Spring 2016 interview with Carol Bundy, four of her children – and her husband – were still in prison in Oregon after the protest at the Malheur National Wildlife Refuge. They have since been acquitted, but will soon again face charges related to the Bundy Ranch event in 2014.

Carol Bundy also mentions how ill equipped environmentalists are concerning wildlife; they destroy it instead of protecting it. Mrs. Bundy says the  Fish and Wildlife employees don’t even know “that the turtles live off what the cattle leaves behind.” With her ranch under siege and family members facing more oppression, Carol Bundy remains a woman of great courage. She believes the Bundy’s experience will wake up America and asks her nation to pray.