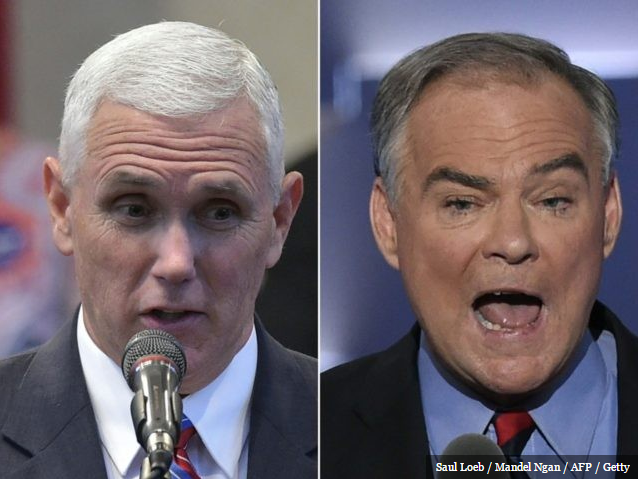 Those doubts are twofold: first, about her decision to choose so weak a candidate, who seemed unable to answer basic policy questions; and second, about Clinton’s health, since if her medical troubles are as bad as feared, Kaine may be taking over at some point if she is elected.

Kaine could not stop interrupting Pence, at times sounding high-pitched and shrill, at times whining and defensive. Pence was cool and even-tempered — presidential, in other words, while Kaine seemed to be playing cable news pundit.

The Democrat was often unable to suppress the juvenile impulse to shout campaign talking points, even in the middle of his opponent’s answers. At one point, he interjected: “Our plan is like Ronald Reagan’s plan from 1986.” (Note to Democrats: the Reagan plan failed.)

Later, when the moderator asked why Putin would respect a Trump-Pence administration, Pence answered: “Strength.” Kaine, unable to restrain himself, blurted out: “Business deals.” His smirk betrayed his conviction that he had just scored points, even though the moderator had to instruct him — for the third time, at least — to wait until it was his turn to speak.

Kaine seemed not to understand how un-serious he looked. Pence responded with a steady, and appropriate, put-down: “That’s nonsense.”

Pence also beat Kaine over the head with the Russian “reset,” Clinton’s email scandal, and the Clinton Foundation. Moderator Elaine Quijano of CBS News stepped in to protect Kaine, especially when it came to the email scandal (though, to her credit, she at least asked about it, unlike NBC News’ Lester Holt in the first presidential debate).

There was nothing in Tim Kaine’s performance that showed he could act like a president. Pence aced that test.

Now the hard questions for Hillary will begin.