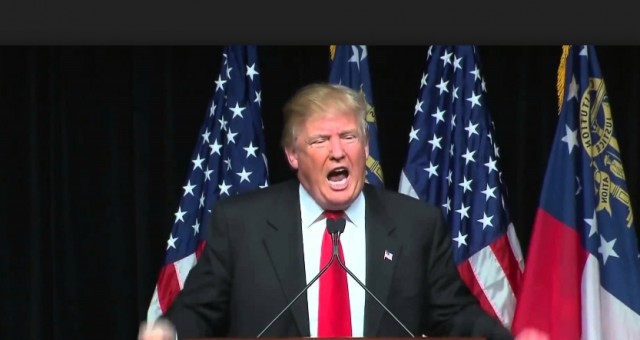 (Trump.news) Another day, another reason for GOP establishment figures to be upset over something presumptive Republican presidential contender Donald J. Trump has said.

Last week Trump raised the specter that a Hispanic federal judge who is presiding over a pair of lawsuits against Trump University for alleged improprieties could not be impartial in the case because of Trump’s strong stance against illegal immigration and his pledge to build a wall along the southwest U.S. border and “make Mexico pay for it.”

Judge Gonzalo Curiel’s fitness to oversee a civil case against Trump University should be in question, Trump insisted to The Wall Street Journal, because his “Mexican heritage,” presented “an absolute conflict.”

“He’s a Mexican,” Trump said in another interview. “We’re building a wall between here and Mexico.” Granted, Curiel was born in Indiana, but he is first generation; his parents were Mexican immigrants.

Egads. We simply can’t have this kind of honesty when it comes to the integrity of the federal judicial system, the fate of the party and that illusive “minority vote” that no Republican presidential candidate can ever seem to win, even if they pander to Latinos (and blacks – and Asians) endlessly.

“It was one of the worst mistakes Trump has made. Inexcusable,” former GOP House Speaker Newt Gingrich – once thought to be on Trump’s short list for VP – told Fox News on Sunday.

Congressional leaders including Senate Majority Leader Mitch McConnell of Kentucky also lashed out at Trump for his comments, calling them insensitive, inaccurate and dividing.

It gets worse. Rebecca Berg, writing at Real Clear Politics, actually suggested that Trump was resurrecting old racial policies practiced by the Republican Party of the latter 20th century:

Some Republicans worry that Donald Trump will revive the racially polarizing politics of the past, when the GOP suffered losses with minority voters that took decades to try and recoup.

At the 2005 NAACP convention in Milwaukee, then-Chairman of the Republican National Committee Ken Mehlman sought to apologize for that history, conceding that the party had used race as a wedge to win votes.

In 1964, Republicans had selected a nominee for president, Barry Goldwater, who opposed the Civil Rights Act. And in 1968, Richard Nixon adopted what would come to be known as the “Southern strategy,” which exploited racial strife in the South to consolidate support from white voters. Many of the African-American voters who identified as Republicans, roughly one-third of black voters at that time, left the GOP and did not return.

It doesn’t get anymore naive than this, Mehlman’s admission not withstanding (another form of pandering is all it was).

First of all, minorities have never voted Republican in any substantial numbers. Second, if any party is the party of racial polarization, it is the Democratic Party, which thrives on creating racial division and strife. Finally, the political landscape then was much different than it is now – but one thing hasn’t changed – the GOP still cannot win a sizeable portion of the minority vote because Democrats have been so successful in ruining the Republican brand with minorities.

Does Trump’s rhetoric make the situation worse? Were there throngs of minorities – especially Hispanics, because that’s the ethnic group in question here – just waiting to cast ballots for the GOP this fall before Trump came along and rewrote the nomination playbook? No and no.

Here’s a prediction: Regardless of what they say in public, Republicans who claim today to by upset by Trump’s remarks will revel in his brash honesty in the coming years should he vanquish likely Democratic nominee Hillary Clinton this fall. Why? Because Trump does not possess something most of them do, and that’s a fear of telling it like it is. The establishment phonies who love to express faux outrage about [pick an issue] will revel in the comfort (and political cover) he will provide them. Those who shun him in public will do so at their own risk; those who embrace him will enjoy support like they’ve never seen before.

Trump’s political speech is like a brisk cool breeze on a hot summer day: Rare, but so welcome – and appreciated. Only the politically tone deaf fail to understand that.

To suggest that a Hispanic, liberal federal judge who has ties to the racist, anti-white group La Raza and who was partially responsible for handing out academic scholarships to illegal immigrants [PDF], could have a serious bias towards a Republican presidential contender who wants to curb illegal immigration, in an election year, is not only rational, but completely understandable.