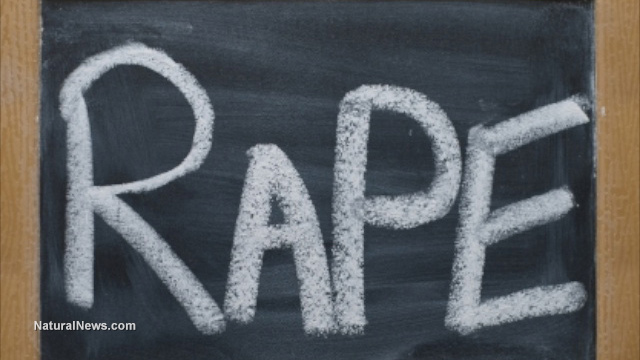 The immigrant crime wave in Europe just keeps worsening day by day, and refugees from North Africa and the Middle East continue streaming into the continent, bringing with them different cultural mores that don’t mesh well with European social and cultural values.

As noted by the Daily Mail, the mother of a 16-year-old British girl who was raped by three Somali men said 50 friends and members of the attackers’ families staged a two-month campaign of intimidation throughout the criminal trial.

The mother of the victim, 49, who requested anonymity for her daughter, said she was assisted into court via a back door to the court “as if she was the criminal,” in order to see the men punished with a jail term of 29 years.

As noted by further by the paper:

Muhyadeen Osman, Bilal Ahmed and Mowled Yussuf, all 20, gang raped the 16-year-old at the Victoria Park Hotel in Manchester. The three had spent the night before at the hotel for the Muslim religious holiday, Eid.

According to court documents, the girl was “naive” when she met the men, and they viewed her as “easy prey.” They used a game of “hide and seek” to lure her into a bedroom before raping her in 2013.

In recent days a group of more than 50 family members and friends gathered at Manchester Crown Court to protest the sentence. The mother of the victim said they deliberately tried to intimidate her and her family, in their own country.

The mother said on the day that the three were sent to jail, Yussef swore at them and another group blew kisses disrespectfully while family members attempted to shout them down. But the mother said the intimidation actually started when the two-month trial began.

Sometimes there were at least 50 of the perpetrators’ family members and friends in the courtroom at a time, and probably many more on the day they were actually sentenced.

On one occasion, she noted, the judge said only 10 family members of the accused were permitted in court, but even so “another 20 ganged up in the corridors and deliberately made me and my husband feel intimidated.”

“Sometimes we would come out and there would be even more outside,” she continued. “They would often not move out of the way when we tried to get past. On one occasion the police liaison officer we were with had to ask them to move. If she hadn’t have been there I don’t know what we would have done.”

She said that in reality, the whole experience was very troubling.

“It was scary. If this is what it does to us, then what would this be like for the victim of a rape case?” she said.

The woman says her victimized daughter only went to court on the few days that she was required to provide testimony to the court because she “was too traumatized” by the attack, and “thankfully there were less of them around” during those times.

“It’s a disgrace and the system allows this to happen,” she said.

As bad as the illegal immigration problem in America has gotten under the Obama administration, so far our courts have not devolved into a racially charged, culturally and politically correct nightmare for Americans victimized by those who are guests in our country.

But if the trend continues, it’s a safe bet that someday, they could be.