What is the Rockefeller Foundation and how has it oppressed natural medicine for nearly a century? 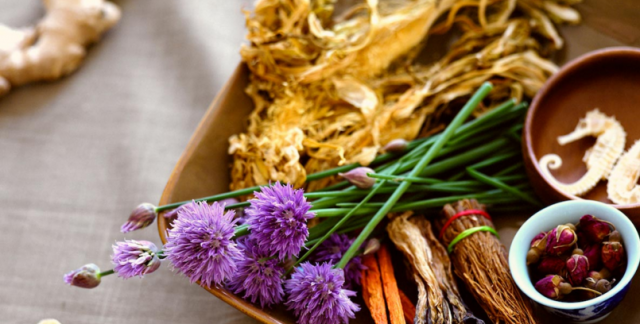 Never underestimate the urgent wickedness of the demonic forces behind those who control the world – or think that they do. The depravity of greed, genocide and murderous destruction engendered from one family, John D. Rockefeller and his sons, are, in part, documented by Truthwiki:

“…  From coal, kerosene and gasoline to oil and petroleum, Rockefeller was a modern industrialist and “philanthropist” who co-founded the globalist Standard Oil company and propagated the first US chemical-industrial business regime, that would eventually serve as the ‘fuel’ for many of the Western preventable disease epidemics, via the chemistry of inserting chemicals and carcinogens into the food, water and medicine supply…”

John D. learned plenty from his father and when he created Standard Oil of Ohio, he took petroleum to new heights of greed and control. His ruthless domination of the oil industry led to violation of the Sherman Anti Trust Act and the eventual break up of the Standard Oil monopoly, which only made more money. But by this time, as per History.com, the power of philanthropy to force social change had begun:

“After retiring from Standard Oil in 1897, [John D. Rockefeller] stepped up his philanthropy and donated more than half a billion dollars to educational, religious and scientific causes. In 1913, America’s first billionaire endowed the Rockefeller Foundation, which had the ambitious goal “to promote the well-being of mankind throughout the world.”

Today, the Rockefeller Foundation concentrates on four areas; health, ecosystems, livelihoods and the desire to transform cities. When I peruse this list, I see the creation of disease, carbon taxes, communism and Agenda 2030’s desire to control all food, water, medicine, herbs, energy, transportation, etc., along with the destruction of private property.

Rockefeller’s financial influence and domination of the medical industry, including the near destruction of alternative therapies like osteopathy is explained by Dr. John Reizer:

“In the early 1900’s, the Rockefeller and Carnegie families paid two men… to create a devious scheme that would forever change the construct of medical schools. The Flexner report, written by Pritchett, concluded that only medical schools that committed to using synthetic based medicines and avoided plant based treatments (homeopathic and naturopathic protocols) should be offered large grants that were created by Rockefeller and Carnegie.

“From that point forward, only medical schools philosophically aligned with petrochemical companies would become successful in graduating medical physicians. Presently, the same petrochemical companies have great influence and control over most components associated with modern medicine. The Rockefeller family and its far-reaching tentacles, that can be traced directly to the petrochemical and banking industries, have a great deal of influence regarding curricula as well as other important elements embedded within the modern medical institutions of higher learning.”

Because the limits of word and time have not allowed a review of Rockefeller’s use of Christian missionaries to befriend, steal and destroy the resources of indigenous tribes of Native Americans and do the same in South America. Not even the development of vaccines and diseases. or, as Truthwiki points out, the funding of the eugenics program with the Nazis:

“Besides funding public health schools (Johns Hopkins and Harvard) and attempting to develop vaccines, the Rockefeller foundation funded GERMAN EUGENICS PROGRAMS (plans to exterminate via genecide all “lessor” or less superior humans), including financing the laboratory of the scientist for which Josef Mengele worked before Auschwitz. The Foundation also gave to Kaiser Wilhem Institute for Brain Research and more psychotic and inhumane eugenics experiments, that would be further carried out en masse by Hitler’s Third Reich.”

Perhaps you’ve been victim to some of the Rockefeller’s evil schemes. Always remember that clean, organic food, herbs, and water – as pure as you can find – will be unto you as a medicine.