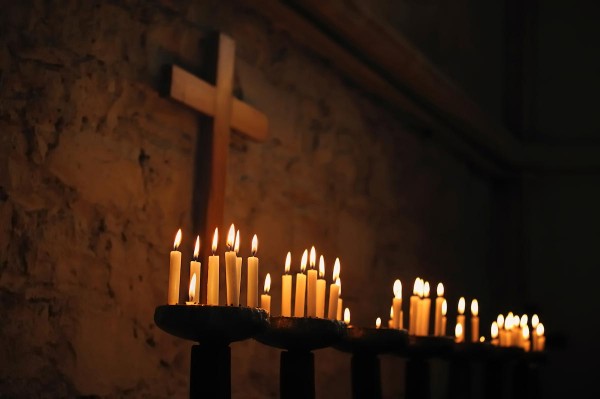 Demonic possessions are often chocked up to the world of mythology, but in recent years, the number of exorcisms performed has been on the rise. So much so that the Catholic Church in Rome is now offering a week-long course on how to perform exorcisms, expounding on the nature of angels and demons.

The course, titled “Exorcism and Prayer of Liberation” is in its eleventh year running and attracts over a thousand graduates. It is organized by the Sacerdos Institute in collaboration with the Group for Socio-religious Research and Information (GRIS) and the International Association of Exorcists (IEA), according to Breitbart.

The intent of the course, lead by Father Pedro Barrajon, is to provide priests, doctors, psychologists and teachers with the tools necessary to distinguish a genuine possession from a psychological disorder in need of medical attention.

Where science and religion meet

This year’s program will consist of a lineup of speakers from a variety of disciplines, encompassing psychologists, doctors, lawyers and dozens of priests. The lectures will be accompanied by panel discussions, including a Q&A with actual exorcists.

Barrajon told Breitbart that the the majority of his students are priests; however, a significant fraction are laypeople. He added that the activity of  demons hasn’t always been taken seriously. Accounts of demonic possession in the gospels are often attributed to “the ignorance of the age and a readiness to recur to supernatural causes to explain diseases like epilepsy or psychological disorders.”

Nevertheless, this isn’t true of all cases, Barrajon added. “It certainly doesn’t eliminate the clear references to the activity of the devil throughout the gospels,” which, “is generally recognized now by scholars,” he said.

Barrajon also stated that the Devil often meddles in human affairs, not through possessions, but through temptations. “The devil is the sworn enemy of God and his major concern is to separate us from God and his commandments, and to make us doubt God’s goodness,” he said.

Barrajon emphasized that experience and a deep prayer life are needed to separate genuine cases of possession from psychiatric disorders. “Traditionally there are certain signs that often accompany true cases of possession,” he said. “Things that are difficult if not impossible to explain otherwise.”

Symptoms of demonic possession include the ability to speak languages the person had no familiarity with, moving objects with the mind and dramatic shifts in mood that cannot be explained by purely psychological reasons. Barrajon continued that exorcists often join forces with psychologists and doctors to consider all possible contingencies on a case by case basis.

On the reality of Satan

Barrajon commented that exorcists are needed more so than ever before, as many people no longer believe in the Devil, but continue to participate in witchcraft, voo doo and other forms of black magic.

“Living in a very secularized society where more than in the past there is a tendency to open the door to occultism and esotericism, diabolical action is favored by magical practices and recourse to fortune tellers, which may have a real influence on diabolical possession,” he said.

Despite the waning belief in the Devil, exorcisms have been making a comeback in recent memory. For instance, the South African murderer Aljar Swartz, who was convicted this month for decapitating a teenager and selling his body parts, said that his actions were fueled by demonic forces, and requested the judge make him undergo an exorcism as part of his sentence.

Furthermore, in 2004, Pope John II mandated that every Catholic Church should appoint an exorcist. This led to the creation of the Catholic International Association of Exorcists a decade later.

More recently, Pope Francis has attested to the reality of the Devil, praising exorcists and their efforts to cast out demons.