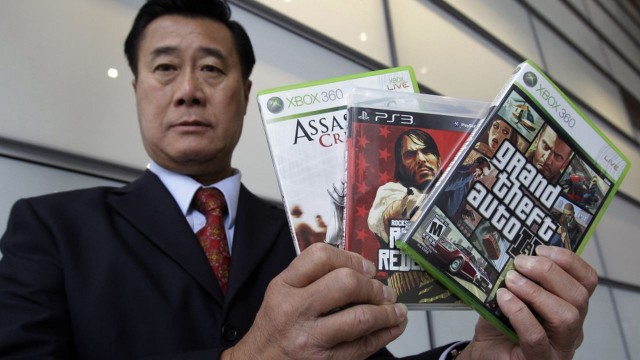 More evidence that the American system of government, on the state and federal level, has been completely co-opted by thieves, liars, miscreants, deviants and the power mad can be found, once more, in California, where one party has had a monopoly on rule for decades.

As reported by the Los Angeles Times, former state Rep. Leland Yee, one of the legislature’s most vociferous anti-gun crusaders during his terms of office, was recently found guilty of running guns after being caught in an FBI sting.

You truly cannot make up this kind of stuff; since Lee is from California, maybe Hollywood will make a drama about him. Or perhaps a comedy.

As the Times reported:

State Sen. Leland Yee did not want to retire.

His term was ending, and he had just run and lost a mayor’s race in San Francisco. He decided to aim for secretary of state, which oversees state elections, and desperately needed to raise money for his campaign.

The San Francisco Democrat was caught in an FBI sting that recorded him promising votes and guns to an undercover agent who was funneling him contributions. He pleaded guilty last year rather than face a trial.

After pleading guilty Yee was sentenced to five years in prison for attempting to sell political favors (oh, and guns) in exchange for cash or, as the judge put it, for selling his vote.

During a hearing that lasted an hour, Yee pleaded with U.S. District Judge Charles Breyer for leniency. Standing in court near his lawyers, Yee said he took responsibility for his crimes and knew that he had shamed himself while hurting his family, supporters and others – just the kind of contrite things a cornered person says when they’ve been caught in the act.

He then told the court that his wife was very ill and needed him to care for her – something he should have thought about long before deciding to become a gunrunner for hire.

“I hope that in your sentencing of me, you will look at my entire life and not just these crimes I have committed,” Yee said. “In the 67 years of my life, I have devoted much of it to the work of the community, to people here in San Francisco and in the state of California.”

For his part Breyer said he wasn’t really inclined to be lenient, calling Yee “hypocritical.” As the Times reported, Yee promised an undercover agent to arrange for an illegal shipment of guns though Yee had always presented himself as a gun control advocate.

“It must be that the public has trust in the integrity of the institution, and Mr. Yee, you abused that trust,” Breyer said. “You showed you did not have integrity in your actions.”

Yee abused the public trust “in the worst possible way… to retain power as a public official,” Assistant U.S. Atty. Susan Badger told Breyer. “Fellow legislators are looking to see what the sentence will be. They are watching. They are aware.”

Prosecutors had sought an eight-year sentence but Breyer handed down five years – still a lot of time for a 67-year-old.

The Yee case is a microcosm of what politics has become in America – careerists who are so desperate to cling to power they would do anything, including dealing illegally in a trade they once tried to shut down, to remain in office. Any office.