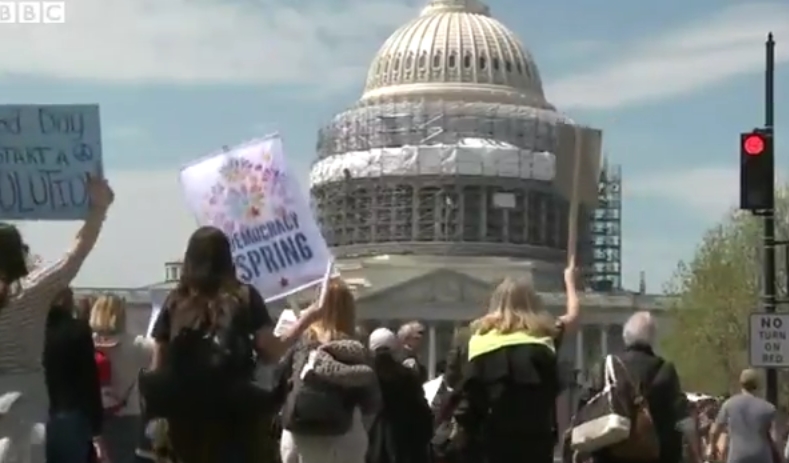 At least 400 people have been arrested in Washington, DC after the Democracy Spring march and sit-in at the US Capitol building. Protesters focused their demands on creating fairer elections and politics that are unmarred by corporations’ big bucks.

(Article by The Daily Sheeple, republished from //www.thedailysheeple.com/media-blackout-as-d-c-jails-fill-with-hundreds-arrested-at-capitol-protesting-for-fairer-elections_042016) 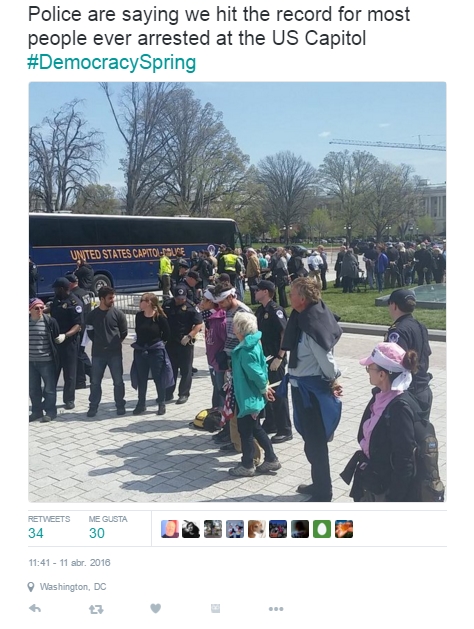 The Democracy Spring movement is calling on Congress to take immediate action on four key solutions, all of which aim to reduce the influence of money in politics, expand and protect voting rights, and ensure all Americans have an equal voice in the US government. The group is also demanding that the Senate fulfill its constitutional duties with regard to the Supreme Court. 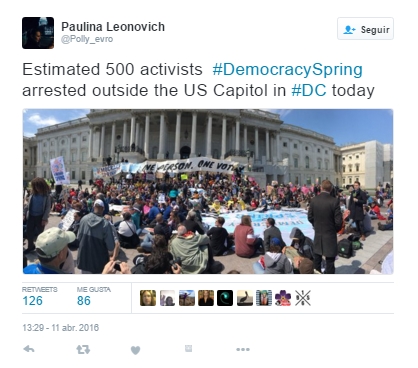 Monday’s sit-in called for mass arrests on the steps of the US Capitol.

Uygur and other prominent activists, like retired Police Captain Ray Lewis, were taken into custody.

Despite the large attendance at the demonstration, mainstream media was notably absent. “What we see now is not a democracy, it’s become an oligarchy,” Holly Mosher, producer for the ‘Pay 2 Play’ documentary, told RT. “It’s time to clean up Congress.” “Let’s get together, let’s clean this up, let’s make some solutions. Corporations are not people, money is not speech,” she added. 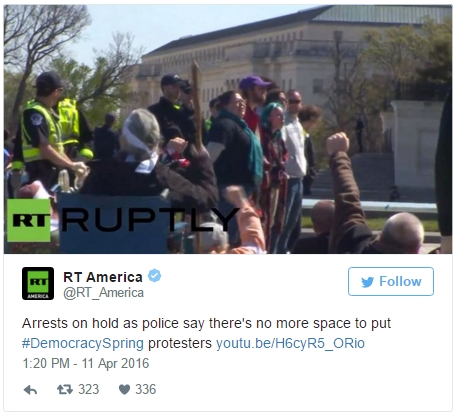