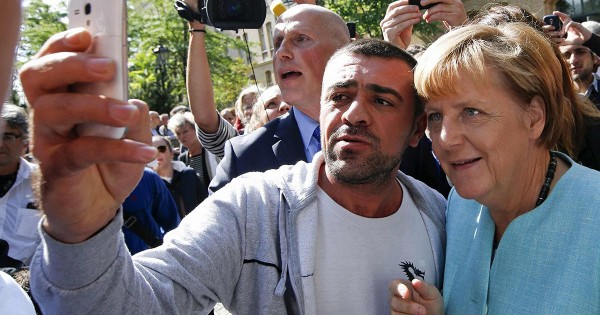 More and more Europeans are beginning to rethink the continent’s generosity towards the hundreds of thousands of migrants EU nations have allowed in after realizing that a meshing of cultures just might not be possible.

Following a series of rapes and assaults committed by migrants against European women, a number of EU countries responded not by limiting future immigration or deporting troublemakers, but by offering the new arrivals culture classes that discussed European values.

For a number of those who have been exposed to such courses, the instruction did not seem to register. As Breitbart London reported recently, a 16-year-old Afghan male who was claiming asylum in Belgium has been stripped of his asylum status after raping an employee at a Red Cross shelter in Menen, West Flanders.

As the news site reported further:

The attack came very shortly after the young man had received training on how to treat women with respect, in line with Western cultural norms. The program of lessons for migrants, given in a bid to reduce the number of rapes visited upon native hosts by recent migrants, was first instituted in Belgium after the migrant sex attacks in Germany on New Year’s Eve…

While the identity of the victim or her age has not been divulged by Belgium police, she has nevertheless been described as “young service staff” with a catering firm that had been contracted to provide food to migrants residing at the Red Cross shelter.

Flemish Television (VTM) reported that the rape occurred in the cellar of the center for young migrants on Feb, 10 where the girl had gone to retrieve supplies, according to Breitbart London.

The victim has filed a complaint of rape and prior verbal assault with Belgian authorities. Because the migrant male is only 16, he’ll be tried in a juvenile court where, if he is found guilty, he will receive a much shorter sentence and imprisoned in a more comfortable setting.

But a short stay in a comfy European prison is not the only punishment for the assailant if he is found guilty; the Belgian Secretary of State for Asylum and Migration has responded strongly to the accusations and said crimes like rape will result in deportation.

A new law that was passed last summer to deal with such migrant crimes will likely be used in this particular case, officials have said.

Before European leaders decided to subject their populations to so many Middle Eastern males, perhaps they should have done just a little research on the rape culture of the region.

As noted by The Milla Project, rape in the Middle East has been a problem for years.

“Sexual assault can be considered one of the most common, atrocious, brutal crimes, in the Middle East and around the world. It is one of the most serious and extremely dangerous social problems,” the organization, which seeks to “eradicate gender-based violence” in the MENA region, said in a 2012 report.

In 2014, The New York Times reported that there was “outrage” over sexual assaults and rapes committed in Egypt’s Tahrir Square following the election of President Abdel Fattah el-Sisi, one such attack that was videotaped and deemed too sensitive to watch by many.

Captured in a blurry two-minute video taken in Tahrir Square on Sunday and circulated via YouTube on Monday, the attack is forcing the new president, Abdel Fattah el-Sisi, to confront a phenomenon many here said resulted from the collapse of the police force during the uprising against Hosni Mubarak in 2011: the recurring mass sexual assaults that have taken place amid the crowds that have gathered in Tahrir Square ever since.

In November 2015, Middle East Eye reported that beneath a veneer of social progress in the Tunisia, sexual assault remained common.