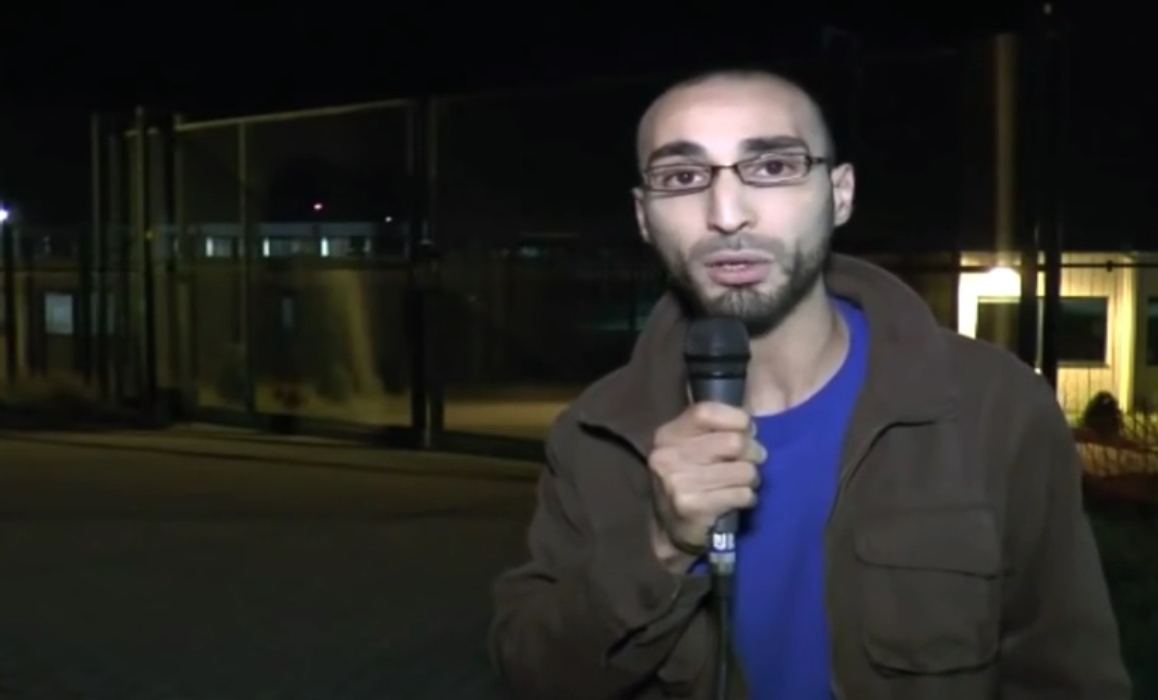 Faycal Cheffou is thought to be the “man in the hat” pictured next to suicide bombers Najim Laachraoui and Ibrahim El Bakraoui as they entered Brussels airport shortly before 8am on the 22nd on March.

A taxi driver who dropped the men at the airport has identified him. When asked if he was the suspected third bomber, a source close to the inquiry told AFP: “That is a hypothesis the investigators are working on.”

Mr. Cheffou was listed as working for a radio station for North African migrants in an article from 2005. He claimed to be a ‘freelance journalist’ who took a special interest in refugees.

Last year Brussels Mayor, Yves Mayeur, accused him of trying to recruit jihadists among asylum seekers and migrants living at a refugee centre at Maximilien park near the northern rail station.

According to Belgium paper Le Soir, Mr. Mayeur considered him to be “dangerous” and repeatedly tried without success to have him legally expelled from the centre. Finally, in September, the mayor issued a ban to keep him out of the park.

This morning, the Belgium Secretary of State for Asylum and Migration, Theo Francken, tweeted a picture of Mr. Cheffou campaigning from a migrant camp, describing him as “jihadist creep”. 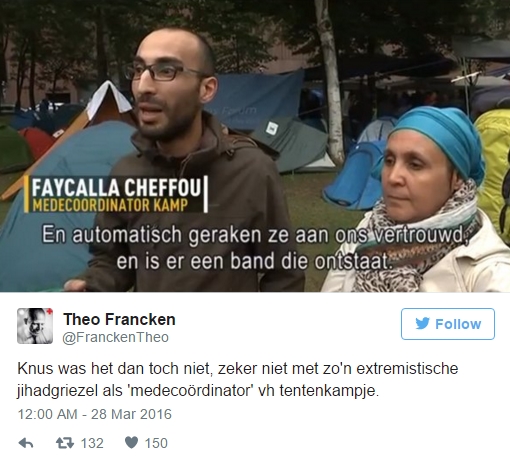 In a video uploaded to YouTube two years ago, named “Oppressed”, he stands outside a migrant centre in the Belgian province of Steenokkerzeel and claims the residents within are protesting as they are not receiving enough food after breaking their Ramadan fast.

“After 10:00 pm these people find themselves with nothing to eat, completely forgotten by the rest of the world,” he tells the camera. “This is a lack of respect for human rights.

“I am concerned by the shouts and the noise I can hear as they are crying for help”, he adds, claiming that the “fundamental freedoms” of the migrants have been violated.

His YouTube channel has more than 900 subscribers, and recent topics include supposed police brutality against ethnic minorities, alleged human rights abuses against Palestinians, the Quran, and a report on Hasna Ait Boulahcen, a suspected terrorist who died in a raid linked to the Paris attacks.

Mr. Cheffou lived in a four-storey townhouse on a quiet residential street a stone’s throw from the EU’s headquarters at the European Commission.

According to La Capitale, another local paper, Mr. Cheffou has past convictions for receiving stolen goods dating back more than a decade, another Belgain newspaper. The report added that his older brother, Karim, was shot dead by police during an arrest in 2002. A Kalashnikov and grenades were reportedly found at his home in Schaerbeek.