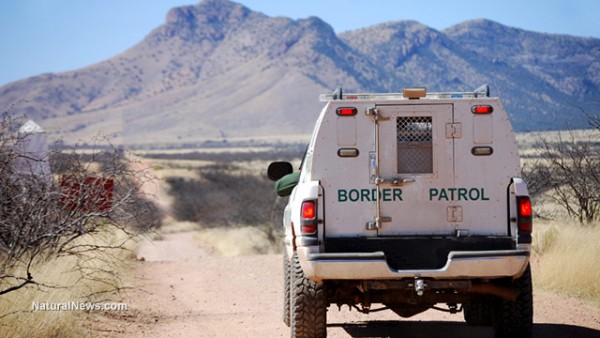 Despite the fact that Democrats took a beating during the Nov. 4 midterm elections, and despite the fact that opposition Republicans en masse ran on a platform of “no amnesty” for illegal aliens currently residing in the United States, Democratic President Barack Obama has pledged to grant what in effect will be amnesty via executive order, perhaps even before Dec. 1. A president unilaterally changing statutory immigration law is unconstitutional and if Obama does what he has promised to do — in defiance of a majority of the American people — that will amount to a constitutional crisis that Republicans will have to find a way to deal with.

What the GOP does — or does not — do is a subject for another day. What Americans need to know is that, in the run-up to issuing his order, the Obama Administration is continuing to make it more difficult for the Department of Homeland Security to do its job to guard and defend U.S. borders.

As reported by News4 Tucson, in Arizona, some U.S. Border Patrol agents are losing “a key part of their arsenal,” leaving agents who are assigned to patrol the increasingly dangerous Arizona-Mexico border extremely concerned.

An investigative news team from the NBC station, KVOA, reported:

We learned that U.S. Customs and Border Protection’s Offices of Border Patrol and Training and Development are inspecting the quality of agents’ M4 carbines throughout Border Patrol sectors nationwide. But agents tell us, some of those M4s have not been replaced. And, we’ve learned, agents are required to share rifles amongst each other.

So in other words, the Obama regime is taking away agents’ firepower along one of the most heavily trafficked, heavily violated portions of the U.S. southwest border.

“There’s a lot of agents that are pretty upset over it,” Art del Cueto, president of the Border Patrol’s Tucson Sector union, told the station. “We know it’s a dangerous job. We know what we signed on for but we want to have as much of the equipment as we need to perform the job.”

The M4 is a carbine variant of the M16, the standard infantry weapon for the U.S. military since the mid-1960s. The M4 is widely used in the U.S. military today; most deploying forces to Iraq and Afghanistan carried M4s as their primary weapon.

Government agencies, including the Border Patrol, also utilize M4s as standard self-defense weapons (especially since the drug smugglers and human traffickers based in Mexico are equally or more heavily armed). The News4 report said that Border Patrol Agent Brian Terry was carrying an M4 when he was ambushed and killed in December 2010, with a weapon allowed to “walk” over the border into Mexico.

But del Cueto said that, because some of the M4s have yet to be replaced, agents have been forced to pool their remaining weapons, making it difficult to personalize each rifle to the individual carrier (sighting in a rifle so the operator can shoot straight).

‘No further information is available at this time’

“The problem is they are now pool guns so what happens is instead of having their individual ones they have sighted in they’re having to use a pool weapon that you don’t know who used it before you,” del Cueto told the investigating news team.

A statement issued to News4 Tucson investigators days ago by Customs and Border Enforcement said, in part: “CBP’s Offices of Border Patrol and Training and Development are jointly inspecting the serviceability of M4 carbines throughout Border Patrol Sectors nationwide. Some of (the) inspected M4 carbines were deemed unserviceable and removed from inventory to alleviate safety concerns. Inspections will continue to ensure the unserviceable M4 carbines are repaired or replaced for reintroduction into the field. No further information is available at this time.”

Sheriff Tony Estrada of Santa Cruz County said he was concerned by the loss of firepower.

“This is a concern for the officers and for the community as well,” he noted. “We want to make sure that they have all the equipment that they need to be able to provide the safest environment we possibly can.”