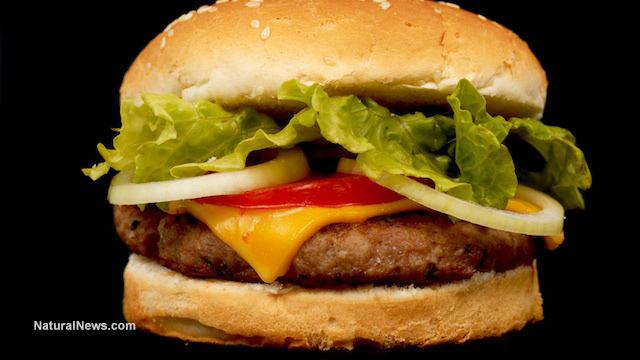 The right to bear arms saved the life of one man, and potentially dozens of others, at a Burger King restaurant in Tulsa, Oklahoma, recently. According to reports, a burglar who attempted to rob the fast food outlet using a crowbar as a weapon, was shot by another man carrying a concealed firearm, illustrating once again the importance of citizens owning guns for self-defense.

The attempted robbery occurred during the early evening rush hour at the restaurant, located at 41st Street and Memorial in Tulsa, when a man approached the store brandishing a large steel weapon. Another man who spotted the threat immediately brandished his own concealed firearm, which he used to stop a much worse tragedy from occurring.

NewsOn6.com reports that the robber was shot in the right shoulder but was not killed. He immediately fled the scene in a blue, four-door car, and no further harm was inflicted on anyone inside the Burger King, all thanks to the man with the concealed weapon, who protected them from what could have been a violent assault.

The perpetrator was later identified by police, after he checked in at a local hospital for treatment for his injuries, but he has yet to be arrested and taken into custody. The shooter, however, likely won’t be charged with any crime, because authorities say he acted in self-defense to protect himself and others from the attack.

Is your state a ‘Stand Your Ground’ state?

Fortunately for the shooter, Oklahoma enacted laws both in 2006 and 2011 that add further protection for individuals who act in self-defense with the use of handguns. These provisions are especially beneficial for individuals who defend themselves against home invasions, whereas in other states they might be charged for defending themselves.

“Oklahoma residents can fight back with deadly force if they believe a home intruder may physically attack them, even if they don’t fear for their life,” explains The Daily Caller. “Essentially, if you break into a home in Oklahoma, there’s a good chance you’ll end up dead and the shooter will get no charges.”

Such laws are known as “Castle Laws,” which protect home occupants from invaders who enter homes uninvited. Other names for this doctrine when expanded even further include “Stand Your Ground,” “Shoot First,” or, as ProPublica puts it, “Make My Day.” States that offer some level of legal protection for individuals who shoot in self-defense include:

For a more detailed breakdown on what your state offers as far as “Stand Your Ground” protections, check out this ProPublica article and click the hyperlink for your respective state: ProPublica.org

If guns were banned, Burger King could have been a blood bath

Thankfully, in this particular case, Oklahoma is one of the stronger “Stand Your Ground” states that recognizes the importance of law-abiding citizens owning guns for self-defense. If this same scenario had occurred in, say, California, which has some of the strictest gun control laws in the nation, things may have gone in a very different direction.

“It’s more important to have a gun in your hand that [sic] a cop on the phone,” stated Polk County, Florida, Sheriff Grady Judd, in a recent plea to citizens to take personal responsibility for their own protection by obtaining and learning how to use firearms. “If you’re certified to carry a gun, I would like to encourage you to do so.”