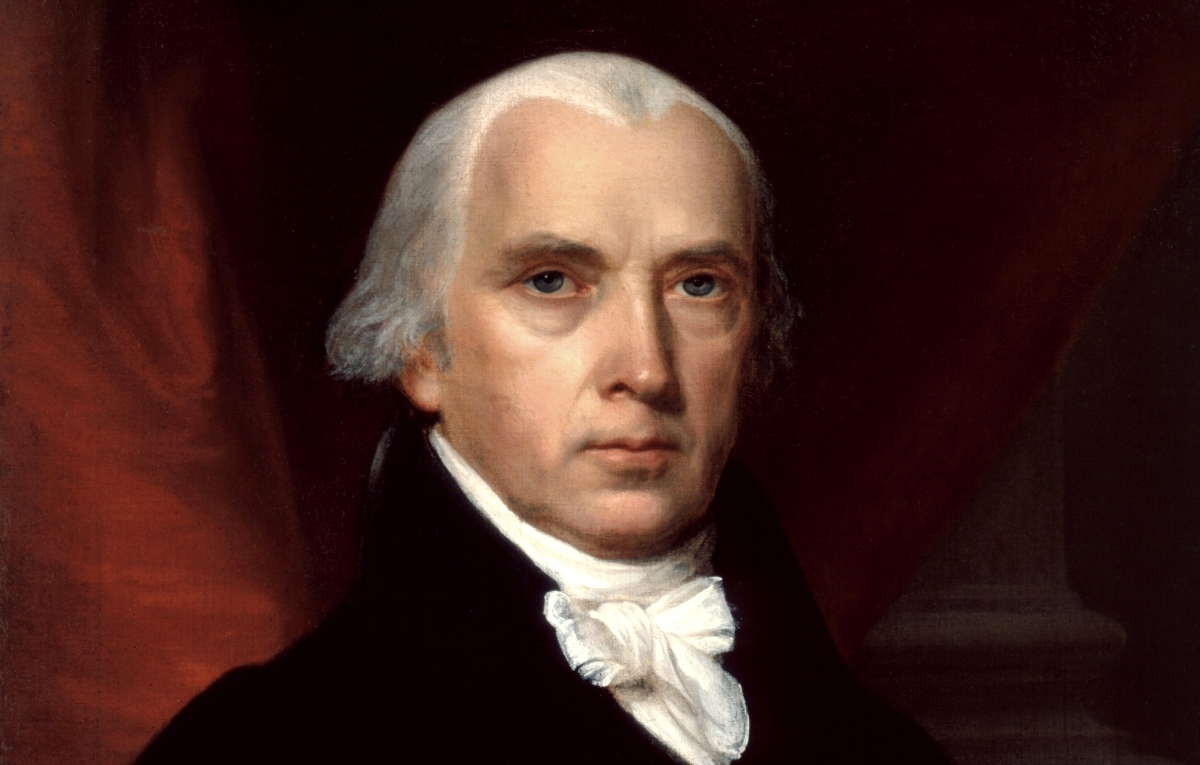 The far Left’s efforts to literally destroy our culture has now moved into a new realm: rewriting the history of our Founding Fathers.

James Madison, often referred to as the “Father of the Constitution,” has been relegated to little more than a slaveholding racist in his own home, the New York Post reported.

According to the report, the same globalist billionaire who funded a “woke” remaking of the home of another founder, Thomas Jefferson, has financed the same treatment for Madison.

“No American flags fly at Montpelier, Madison’s plantation home in rural Virginia, and not a single display focuses on the life and accomplishments of America’s foremost political philosopher, who created our three-branch federal system of government, wrote the Bill of Rights and the Federalist Papers, and served two terms as president. Instead, blindsided tourists are hammered by high-tech exhibits about Madison’s slaves and current racial conflicts, thanks to a $10 million grant from Left-leaning philanthropist David M. Rubenstein,” the report stated.

Visitors are treated to heaping doses of slavery and today’s alleged racial injustices.

“I was kind of thinking we’d be hearing more about the Constitution,” one baffled dad said when the Post visited the president’s recently. “But everything here is really about slavery.”

“It’s been inspirational … I guess,” John from Wisconsin shrugged after taking the $35 guided tour.

Reviewers who took to social media to vent have been harsher.

“They really miss the mark,” Greg Hancock of Mesa, Arizona posted last week. “We left disappointed not having learned more about … the creation of the Constitution.”

“The worst part were the gross historical inaccuracies and constant bias exhibited by the tour guide,” said AlexZ, who visited the site earlier this month.

Visitors to Montpelier only get to see three rooms in the sprawling mansion, the Post noted.

The guide said the estate “made Madison the philosopher, farmer, statesman and enslaver that he was,” as the Post’s group entered the home — a line she repeated at the end of her presentation as well.

Outdoors and in the house’s huge basement, dozens of interactive stations seek to draw a direct line between slavery, the Constitution, and the problems of African Americans today.

According to a 10-minute multi-screen video, Hurricane Katrina flooding, the Ferguson riots, incarceration and more are all traced back to slavery.

The Post added: “Another exhibit damns every one of the nation’s first 18 presidents — even those, like John Adams and Abraham Lincoln, who never owned slaves — for having benefited from slavery in some way.”

Add founding father Thomas Jefferson and his famous Virginia mansion home of Monticello to the growing list of American history under assault by the Left, according to critics.

Instead of celebrating Jefferson’s legacy as a founder, on-site employees have focused primarily on portraying him in a negative light, as evidenced by recent reviews posted to Google by visitors and tourists, reports said on Saturday, July 16.

“I expected more about the life of Jefferson (hence my rating of only 3 stars) and his accomplishments, but it was highly focused on all the aspects of slavery. I loved the grounds and the site itself but expected more about Thomas Jefferson[‘s] overall accomplishments and his entire life not just his business exploits on the plantation,” said one review, as reported by BizPac Review.

“If you are a fan of woke revisionist history and racist CRT, this is the place for you. If you are a fair-minded person with an appreciation for the great contributions of Jefferson as a founding father of our great nation, Monticello will disappoint and infuriate. The leadership and staff of this national treasure should be ashamed,” another review added.

What’s more, it isn’t just a few random reviewers who have made these claims; so, too, has Jeffrey Tucker, the founder of the Brownstone Institute.

In an interview with the Post, Tucker described what a woke joke the Monticello tour has been turned into.

“Someone asked if Jefferson had built a machine in the house, and the guide said, ‘Nah, he never built anything, he was just a tinkerer,'” Tucker recalled.

“It was ridiculous. He was the architect of this house and of the University of Virginia — what are you talking about?” he added in exasperation.