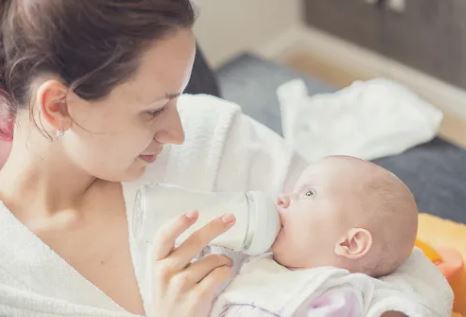 The baby formula shortage continues despite months-long efforts made by manufacturers and the Biden administration to boost supplies.

Powdered formula in U.S. stores dropped to its lowest levels so far this year, with about 30 percent of products out of stock for the week ending July 3. Market-research firm IRI said that while availability improved slightly, shortages remain acute in some states, including Alaska, Utah and Wyoming.

Consumers are also finding fewer choices for brands, sizes or formats of formula on shelves as the variety of available products shrinks. U.S. supermarkets over the four weeks ending on June 26 sold an average of 11 different formula products per store per week – significantly fewer compared to the weekly average of 24 from 2018 to 2021.

Keith Milligan, who controls Piggly Wiggly stores in Georgia and Alabama, said his stores now carry only five of the 30 formula products they typically sell, compared to about 10 in late spring. While shelves aren’t empty, they have many gaps as customers purchase only what is available.

The surge in buying formula earlier this year depleted store inventories considerably, said Krishnakumar Davey, president of client engagement at IRI. He said consumers are now working through supplies at home and buying smaller-size containers when they make purchases.

The baby formula shortage was sparked by supply chain problems and the shutdown of a major manufacturing plant. The Wuhan coronavirus (COVID-19) pandemic also caused disruptions in 2020 and last year, with problems tied to shipping, raw materials and packaging.

While Abbott Nutrition restarted its Michigan plant in early June, it stopped again less than two weeks later after thunderstorms flooded parts of the facility. Abbott is responsible for roughly one-fifth of U.S. formula production.

Abbott’s Michigan plant reopened on July 1 and restarted production of the EleCare formula, which is made for babies with digestive problems. It will begin shipping in the next few weeks, and Abbott is working to resume production of its widely sold formula, Similac, as soon as possible.

According to the Food and Drug Administration (FDA), they had been investigating consumer complaints related to four cases of bacterial infection in infants who consumed formula from Abbott’s Michigan plant, including two babies who died.

FDA inspectors uncovered several violations at the plant, including bacterial contamination, a leaky roof and lax safety protocols. However, the company said that there is no definitive link between the deaths and Abbott’s products.

The Biden administration tried to stem formula shortage by bringing in overseas products to be sold at stores or online and distributed to hospitals. (Related: WELFARE NATION: More than half of US-born babies are eligible for WELFARE benefits, including food assistance.)

The White House also directed the Department of Defense in May to use its contracts with commercial air-cargo lines to bring in formulas from other countries into the United States. The effort, known as Operation Fly Formula, would have flown in baby formula on nearly 50 flights from places such as Europe, Australia and Mexico by July 17. That’s the equivalent of over 55 million eight-ounce bottles.

However, that is not nearly enough as consumers typically purchase enough powdered formula to make about 65 million eight-ounce bottles per week.

A senior official for the Biden administration said imported baby formula has served as a critical bridge for consumers until U.S. production increases later this month. The administration invoked the Defense Production Act to require suppliers to give priority to ingredient shipments to formula makers, which the official said enabled U.S.-based manufacturers to boost their production by as much as 40 percent.

Consumers would likely see more supplies hitting the market this month as retailers are already rebuilding their inventories following recent surges in demand as families restock their pantries.

Sales of powdered baby formula were more than four percent higher by volume this year through July 3, compared to the same period last year. Sales also surged 52 percent during a single week in mid-May, when Biden announced the administration’s efforts to address the shortage. (Related: FDA, Abbott Labs both to blame for the ongoing baby formula shortage.)

Meanwhile, Reckitt Benckiser Group PLC, which makes Enfamil, said their company is importing the equivalent of 66 million eight-ounce bottles between now and November while they continue to increase their production in their U.S. facilities.

Visit FoodCollapse.com for more updates on the baby formula shortage.

Watch the video below to know more about the baby formula shortage in the United States.