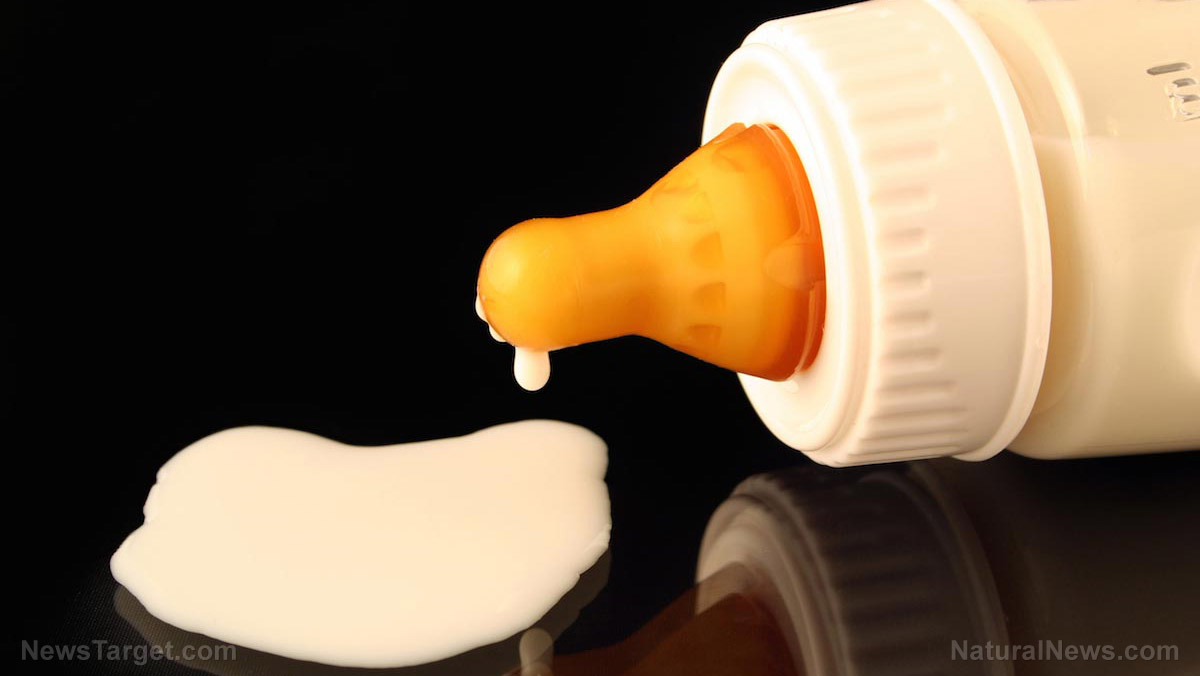 Parents of babies who need specialized milk formula and have food allergies are distraught by the current formula crisis in the United States.

Mitchell found out days after giving birth that Maxton is allergic to cow’s milk and breast milk. The mother said finding the specialized formula that Maxton needs is virtually impossible.

“I’m worried about him either getting sick from an allergic reaction or starving to death,” Mitchell related. “He was having probably 10 to 15 soiled diapers a day, which is crazy. Acid reflux and colic symptoms, crying day and night.”

Maxton needs an amino acid-based formula called Puramino, but it is no longer on store shelves. Mitchell said she ordered Puramino directly from the manufacturing company, but the order isn’t expected to arrive until late June. (Related: “I can’t feed my son!” Baby formula shortage reaches critical stage in US as desperate parents search for rationed supplies.)

Fortunately, Mitchell found Neocate as an alternative to Puramino. She learned about it by chance from a food bank in Wisconsin called Hunger Task Force, which she emailed randomly.

Another mother struggling in the current formula crisis is Jillian Arroyo from Virginia. Her two-year-old daughter Ellie has been reacting to foods through breast milk since she was a newborn.

“Her doctors have described her as a conundrum, as a puzzle. It’s a learning-as-we-go process,” Arroyo said.

Ellie relies on Elecare Jr. to get the rest of her nutrition. But the problem is that it is one of the Abbott Nutrition products that were recalled in February.

The mother said they have tried several alternative products for Ellie, but none worked out. Concerned about her daughter’s health, she decided to continue lactating, which meant a huge undertaking for the entire family.

“Dairy, wheat, oats, soy, peanuts, tree nuts, coconut, and tomato, all of those things I do not eat, which means my husband doesn’t eat,” Arroyo said about the family’s dietary restrictions that are now posted on their refrigerator.

The Arroyo family was bombarded with letters and phone calls warning them of a potential shortage of formula, but she said experts offered little to no solutions.

Finally, Arroyo decided to share her story on social media. She created pages on Facebook and Instagram under the name “Abbott Formula Recall” where she urged parents like her to send letters to their congressional representatives.

Meanwhile, a video footage came out a week ago showing that the ongoing baby formula shortage is being deliberately manipulated by the authorities. The recording exposed that a huge amount of baby formula was spotted at the southern border.

Millions of Americans, including Mitchell and Arroyo, are having a hard time looking for baby formula that would nourish their kids and address their medical conditions. But instead of helping, the White House is spending taxpayers’ hard-earned money to sustain illegal aliens.

Florida Representative Kat Cammack revealed that several large warehouses at the southern border are filled with not just baby formula, but other supplies that are being handed out to migrants. The solon visited and surveyed the facilities herself while capturing it on tape.

“Last week, I received text messages and photos from Border Patrol agents showing a stockpile of baby formula and there was complete outrage from the White House, CNN and other liberal outlets claiming that we were lying, so I decided to go down myself and film it,” Cammack told Fox Business in an interview.

Watch the video below to know more about the baby formula shortage.

This video is from the American Media Periscope channel on Brighteon.com.