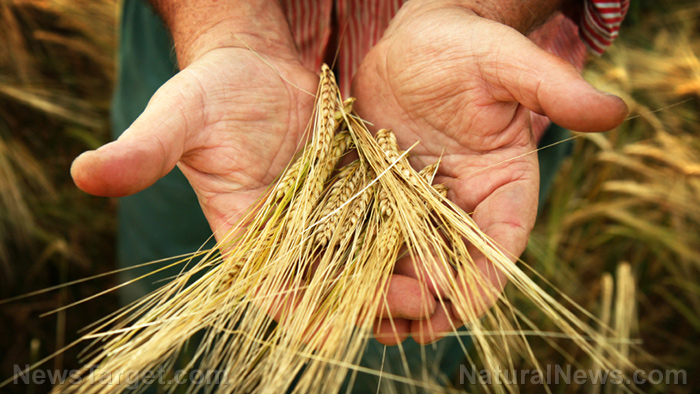 A severe drought in the southern U.S. plains has placed the region’s winter wheat crops in serious jeopardy right as Russia’s invasion of Ukraine is putting a major dent in global wheat supplies.

America’s top wheat-producing state, Kansas, is being hit especially hard, with some farmers in the southwestern part of the state reporting that they have not received much snow or rain since October. It’s bad news for the winter wheat crops planted in autumn as proper soil moisture is vital when the plants are dormant in winter.

According to the National Drought Mitigation Center, more than half of the state fell under severe drought or worse as of early March. Other top wheat-producing states, such as Oklahoma and Texas, are also experiencing severe drought conditions. Making matters worse, a December windstorm swept away vast amounts of topsoil across parts of the wheat belt, which damaged cropland.

There are concerns that reduced crops could add to food inflation, which reached its highest-ever level in February, according to the UN Food and Agriculture Organization. Last month, the FAO Food Price Index recorded a 20.7 percent rise from a year earlier and surpassed the record it set in 2011. Nearly half of the country’s overall wheat production is U.S. hard red winter wheat, which is mostly milled for bread flour.

Wheat prices were already soaring as the ongoing conflict between Russia and Ukraine has effectively removed two of the world’s biggest wheat exporters from the market, prompting many countries that import from the two nations to seek replacement sources. The world’s biggest producer of winter wheat, China, is expecting one of its worst-ever crops this year after heavy rainfall there delayed the planting season.

Some Kansas farmers are already approaching pre-harvest sales with caution. Although U.S. wheat futures recently reached a 14-year high in light of the war in Ukraine, many farmers are not able to capitalize on this out of fears they will not be able to fulfill their contracts. As of March 6, less than a quarter of the wheat crops in Kansas were considered to be in good condition or better, while 39 percent received a rating of poor to very poor, marking the lowest ratings at that point in the season in four years.

Last year, dry conditions also impacted the 2021 harvest of spring wheat, making this the second U.S. wheat crop in a row to be impacted by drought.

Farmers are also dealing with high input costs, with the costs of fuel, fertilizer and pesticides all climbing recently. Sanctions against Russia have caused oil and gas prices to increase further, making it more expensive for farmers to operate tractors and transport wheat.

The situation in Ukraine and the rising wheat prices are raising the risk of serious food shortages and hunger in some parts of the world. Ukraine and Russia combined make up around 30 percent of global wheat exporters, and countries in Asia, Northern Africa and the Middle East rely heavily on wheat exports from these countries.