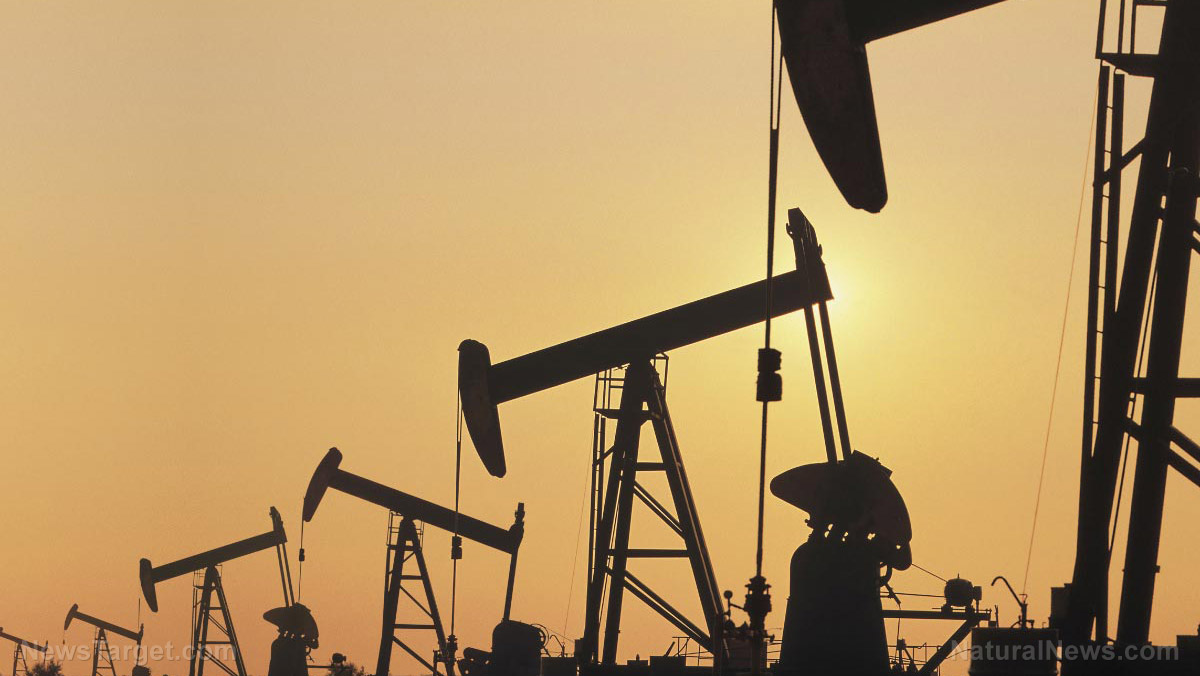 Oil prices rose on Monday, Oct. 25, to a multi-year high before slightly stabilizing as the supply chain crisis continues and the demand for fuel surges in the United States.

West Texas Intermediate futures, another world benchmark for the price of crude oil, ended Monday at $83.76 a barrel after reaching a seven-year high of $85.41 a barrel.

Brent crude and West Texas Intermediate are some of the most traded oil futures and serve as the world’s benchmarks for the price of oil. The former refers to crude oil mostly drilled at the oilfields in the North Sea in Europe, while the latter refers to crude oil coming from western Texas.

Both benchmarks are now around 20 percent more expensive than in early September, when the prices started to climb. The price of Brent crude has been rising for seven weeks straight. West Texas Intermediate has risen for nine weeks. (Related: Cost of shipping liquefied natural gas has more than doubled in a month.)

Financial experts estimate the price of oil to continue rising until the end of the year. According to Goldman Sachs, a strong rebound in global oil demand could send the price of Brent crude well above the company’s year-end forecast of $90 per barrel.

While there is no doubt among analysts that the price of oil will decrease from that forecasted high of $90 per barrel, many investment banks believe that costs will remain high at around $85 a barrel for the next several years.

“There is little that can tilt oil prices away from their upward momentum on the short term, as the only real supply source of significance is OPEC+, and there doesn’t seem to be much mood for policy change on that front for the moment,” said Dickson.

OPEC+, or the Organization of Petroleum Exporting Countries and its allies, are expected to meet early next month to discuss potential changes to production levels. Such a change could help increase global stocks of oil and potentially stabilize its volatile prices.

“There are only two offramps to the current bout of oil price volatility and one is OPEC+ taking supply action, but the group has repeatedly said it does not plan on altering its strategy,” said Dickson.

“There’s also the chance that another round of [Wuhan coronavirus] COVID-19 breakouts and lockdowns could again dim the demand outlook. But it seems to be a last resort strategy for many economies that are tired of repeating the unpopular economy-damaging process.”

But Russian Deputy Prime Minister Alexander Novak said on Monday that he expects OPEC+ to agree to raise oil output by 400,000 barrels a day in November. This could help stabilize prices. Traders are also watching the potential resumption of nuclear talks with Iran. Such a move could lead to more crude oil entering the market.

Learn more about the current volatility of oil prices by reading the latest articles at MarketCrash.news.