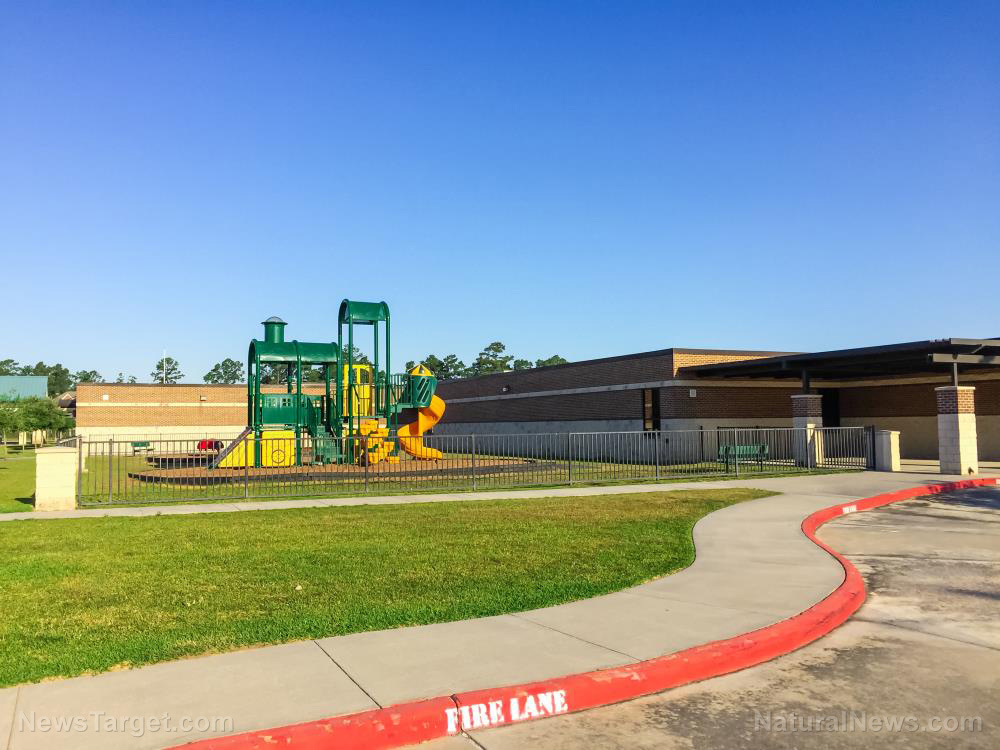 Once again, the left is proving that they, not Donald Trump conservatives, are authoritarians and tyrants who want to use the full weight and power of the federal government to crack down on public dissent, which is yet another reason why these people cannot remain in charge of our country, let alone our public school system.

For years, left-wing school boards and school administrators have increasingly shunned patriotic curriculum that teaches students how our Constitution and institutions are supposed to work, replacing it with divisive, racist and ‘woke’ materials that teach them to hate their country and to be suspicious of each other based on the color of their skin. More recently, “critical race theory” materials have seeped into more and more public schools, while at the same time books portraying disgusting sexual escapades including adults having sex with minors have found their way into school libraries.

As parents discover their school boards are allowing these kinds of materials to be freely presented to their kids, they have understandably become upset and more of them are showing up to school board meetings ticked off and demanding answers, as well as board resignations.

But rather than respond reasonably to parents’ concerns — parents whose tax dollars support those school districts and whose board members were elected to serve those parents — now a national school board organization is instead appealing to the Biden regime directly to use federal laws and authorities, including those aimed at preventing and punishing domestic terrorism, on parents.

No, we’re not making this up, as reported by American Wire:

An organization that represents more than 90,000 members of school boards around the country has sent a letter to the White House seeking help and support as school boards across the U.S. increasingly deal with raucous parents pushing back on controversial curriculum and materials.

The letter from the National School Board Association, dated Wednesday, was addressed specifically to President Joe Biden and sought “immediate assistance” for school board members, teachers, and even students after an increase in threats and violence that have come from the adoption of critical race theory curriculum, the inclusion of sexually explicit books in libraries, and mask mandates in response to the lingering COVID-19 pandemic.

“America’s public schools and its education leaders are under an immediate threat. The National School Boards Association (NSBA) respectfully asks for federal law enforcement and other assistance to deal with the growing number of threats of violence and acts of intimidation occurring across the nation,” the letter from NSBA President Viola Garcia and NSBA interim Executive Director and CEO Chip Slaven began.

“Local school board members want to hear from their communities on important issues and that must be at the forefront of good school board governance and promotion of free speech. However, there also must be safeguards in place to protect public schools and dedicated education leaders as they do their jobs,” the letter continues.

The organization claimed further that “immediate assistance is required to protect our students, school board members, and educators who are susceptible to acts of violence affecting interstate commerce because of threats to their districts, families, and personal safety.”

“As our school boards continue coronavirus recovery operations within their respective districts, they are also persevering against other challenges that could impede this progress in a number of communities,” it adds.

“Coupled with attacks against school board members and educators for approving policies for masks to protect the health and safety of students and school employees, many public school officials are also facing physical threats because of propaganda purporting the false inclusion of critical race theory within classroom instruction and curricula,” the NSBA officials note.

“As these acts of malice, violence, and threats against public school officials have increased, the classification of these heinous actions could be the equivalent to a form of domestic terrorism and hate crimes,” Garcia and Slavin wrote.

Straight up, this is insane; when school board officials view criticism — even violence from parents, which is uncalled for, of course — as domestic terrorism, then you know the people running our nation’s public schools are more ideologically aligned with Josef Stalin than a Ronald Reagan or a Donald Trump.