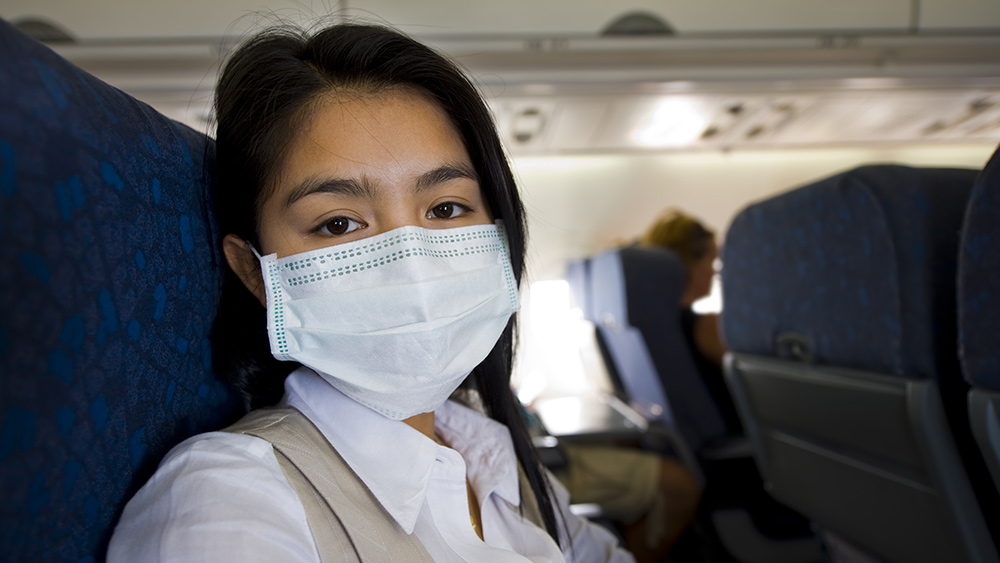 The Federal Aviation Administration (FAA) fined a passenger more than $10,000 for refusing to wear a face mask. According to a July 6 press release by the agency, said passenger refused to wear the face covering properly over his face and mouth. The passenger was one of many instances of travelers penalized by the FAA from December 2020 until February 2021.

The FAA added that the passenger boarded an Allegiant Air flight on Feb. 27 from Provo, Utah. “Flight attendants instructed him seven separate times to wear his facemask properly, and each time he moved it off of his nose after the flight attendant walked away,” it said.

Furthermore, the press release noted that the passenger “argued with the flight attendant [and] refused to provide his identification” upon being told to fill out a passenger disturbance report. The passenger added that he would continue to pull his face mask down and claimed that it was fine just over his mouth.

As soon as the flight landed in Mesa in Arizona, the passenger walked up to the same flight attendant from behind as she was about to open the door to the cabin. The passenger then touched her and asserted that she was being “aggressive about the face mask policy.”

The FAA noted: “Federal law prohibits interfering with aircraft crew or physically assaulting or threatening to physically assault aircraft crew or anyone else on an aircraft.” It added that passengers “who interfere with the performance of a crew member’s duties by assaulting or intimidating that crew member” would face criminal fines and imprisonment. As a result, the FAA fined the Allegiant Air passenger $10,500 for his actions.

The passenger’s $10,500 fine was one of nine penalties confirmed by the FAA in its July 6 press release. According to the administration, it received 3,271 reports of unruly passenger behavior since the start of 2021. It added that of the total reports, 2,475 stemmed from passengers who refused to follow mask mandates aboard aircraft.

The nine penalties announced in the release constituted $119,000 in total. This included one passenger who was penalized $21,500 – the highest among the list – for refusing to wear a face covering, drinking alcohol on board and fighting other passengers.

Mask up and obey, even when eating

The mandate applied to trips going to, within or coming from the U.S. Furthermore, the announcement by the three agencies said that masks are also required in transportation hubs such as airports and bus stations.

The TSA later issued guidelines saying that airline passengers can remove masks when eating, drinking or taking medications. However, it clarified that they cannot go maskless for “prolonged periods” and must cover up in between bites and sips.

However, this was not the case when a passenger was removed from a Southwest Airlines flight in April 2021. Avi Mandel of Baltimore County in Maryland claimed that he was kicked out of a plane bound for Florida because he “was not wearing a mask in between bites while eating.” Mandel, who was a frequent Southwest flyer, lamented the airline’s treatment of him as absurd and unfair. (Related: Man kicked off Southwest Airlines flight for not wearing a mask WHILE EATING candy.)

According to Mandel, he was waiting for his flight to take off when the incident happened. He opened a pack of Twizzlers candy to snack on while waiting, at which point a flight attendant approached him and told him to put his mask on. Mandel said the flight attendant, unaware that he was eating candy, immediately “ran away.”

A loudspeaker announcement then followed, reiterating that “everyone who’s eating has to wear masks in between bites.” Mandel did not think much of the announcement that time, until the plane returned to the terminal and a security team escorted him off the aircraft. Despite remaining calm and having other passengers stand up for him, the embarrassing situation left Mandel with no choice but to leave.

Mandel later got in touch with Southwest over the incident. According to an email from the airline, a new federal mask mandate requiring passengers to mask up “in between bites” went into effect during the time he was kicked out. He said: “If I knew this rule ahead of time, I would have happily listened, but I had no clue.”

Visit MedicalTyranny.com for more news about travelers being penalized for refusing to mask up.