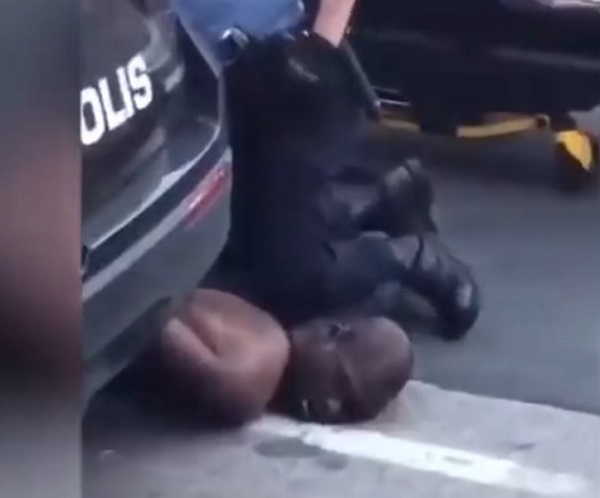 Newly released transcripts show that George Floyd was high on narcotics like fentanyl and methamphetamine – and was actively resisting arrest – at the time when Minneapolis police officers approached him.

These transcripts show that Floyd was not only completely incoherent upon being apprehended, but had also not been cooperating with the cops. Floyd was complaining about not being able to breathe long before Derek Chauvin placed him on the ground, and we now know that Floyd himself had requested to be on the ground rather than inside the police car.

“We’re here because it sounds like you gave a fake bill to the individuals in there,” one of the officers reportedly told Floyd, according to the transcripts.

“And do you know why we pulled you out of the car? Because you was (sic) not listening to anything we told you,” the same officer stated.

“Right, but I didn’t know what was going on,” Floyd responded back, admitting that he had been resisting law enforcement.

This is right around the time when the dialogue between Floyd and the officers took a turn for the worst, as Floyd began getting belligerent. He was apparently too doped up on meth and fentanyl to understand what was taking place, and upon being handcuffed and put in the police car started complaining about being arrested.

“God, man. I will do anything to get me out,” Floyd reportedly stated. “Why is this going on like this? Look at my wrists, Mr. Officer. I’m not that kind of guy,” he continued to complain.

“Sit still,” the officer then responded back.

George Floyd appears to have died from a drug overdose, not a knee to the neck

After offering to roll down the windows in the police cruiser to allay Floyd’s claim that he was claustrophobic, he continued to resist law enforcement by refusing to sit still in the back seat.

“I’ll get on the ground, anything,” Floyd then stated, indicating that he wanted to be removed from the vehicle and placed on the ground.

“I can’t. Hold on. I can’t choke. I can’t breathe, Mr. Officer. Please, please,” Floyd continued to whine while still sitting inside the car, long before being placed on the ground.

At this point, Chauvin took Floyd out of the car and placed it on the ground as requested. Chauvin then told Floyd that he was under arrest, adding, “that’s why you’re going to jail.”

“I can’t breathe for nothing, man, this cold-blooded, man,” Floyd then responded.

“All right, you’re doing a lot of talking,” Chauvin then responded.

Because of Floyd’s repeated complaints about not being able to breathe, Chauvin and the other cops immediately called emergency medical services (EMS) to come assess Floyd. They were concerned that he might be suffering from a panic attack or a negative drug reaction beyond just claustrophobia.

“We’ll hold him until EMS shows up,” Chauvin then stated.

Floyd then began to demand that he be allowed to get up off the ground, but officers responded by telling him to remain calm. They then stated, according to the transcript, that “he’s got to be on something,” referring to Floyd’s erratic and strange behavior.

Not long after this, Floyd died, as the world knows, but not because a knee was on his neck. In truth, Floyd was highly intoxicated and more than likely died of an overdose – though you will be hard-pressed to find this narrative anywhere in the mainstream media.

For more related news, be sure to check out CivilWar.news.