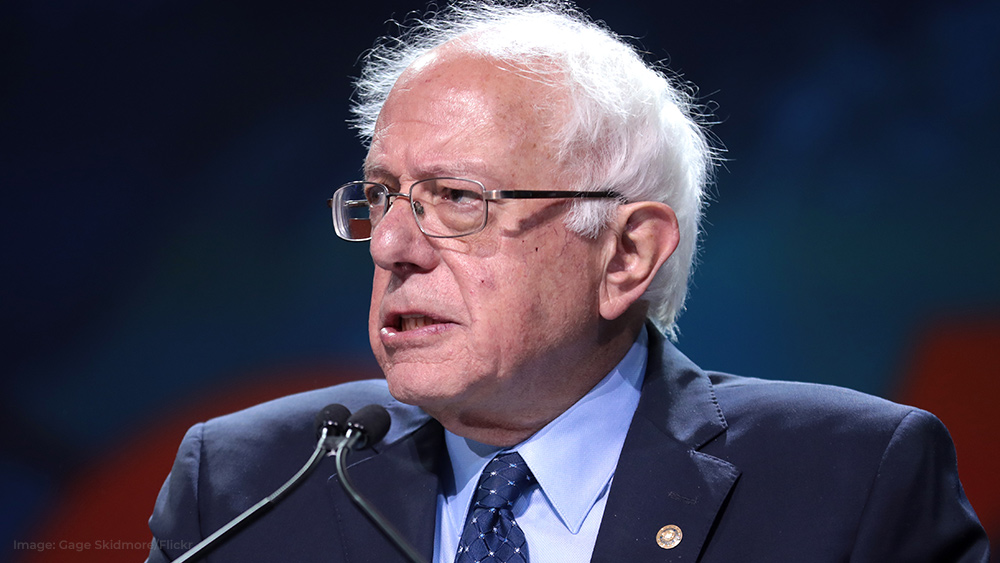 In the latest example of MSM hackery, Bloomberg reporter Emma Kinery took it upon herself to fabricate a quote from Bernie Sanders (I-VA) to suggest that 2020 candidate Pete Buttigieg has a ‘gay’ problem.

During an interview with New Hampshire Public Radio, Sanders was asked if gender is “still an obstacle for female politicians,” to which he replied: “yes, but I think everybody has their own set of problems. I’m 78 years of age, that’s a problem … If you’re looking at Buttigieg, he’s a young guy.”

Except, Kinery – in a now-deleted tweet, quoted Sanders as saying: 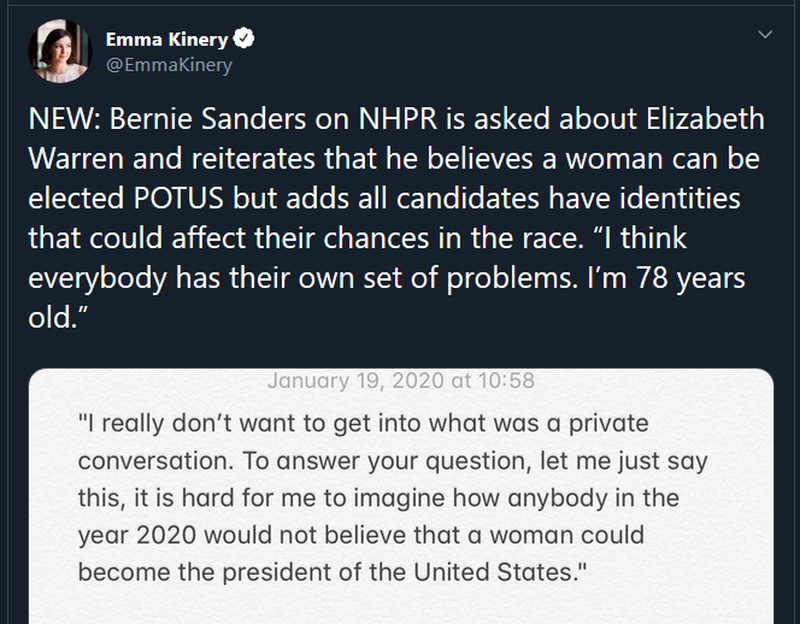 Here’s the video. Watch the video and compare it to @EmmaKinery’s “transcript,” and tell me this isn’t a Bloomberg reporter spreading fake news. pic.twitter.com/bPZSjh69sU

With no explanation or apology, Kinery deleted her tweet and re-tweeted a verbatim transcript:

Compare @EmmaKinery’s now-deleted fake “transcript” (left) to Sanders’ actual remarks (right). The fake transcript she created gives the reader the impression that Bernie said being gay is a “problem.” pic.twitter.com/BuFApzGpvv

Read more at: ZeroHedge.com and BernieSandersWatch.com.