After a decade, an odd star is back to spitting bright flashes of radio waves at us 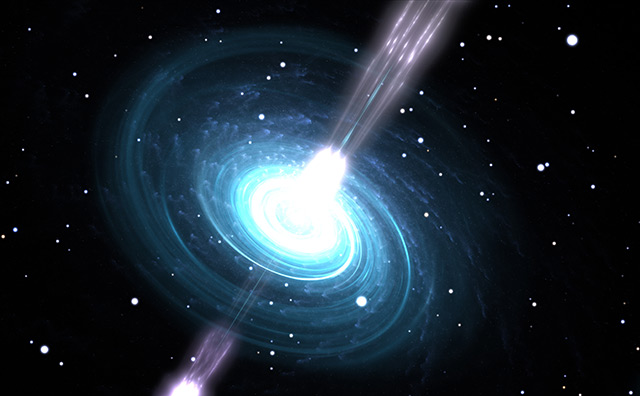 Ten years ago, the bright star XTE J1810-197 went dark and silent on the radioscopes without warning. Now, researchers report that the magnetar has recently roused from dormancy and has started behaving differently than it did in the past.

A neutron star is the collapsed core of a giant star that went supernova in the distant past. Although it is only around the size of Manhattan, the star retains the mass of the stellar core. It is also called a pulsar for the pulses of energy that it regularly emits.

Neutron stars are the densest known type of stars in the universe. The even denser quark stars have not yet been confirmed to exist, while black holes and white holes are not stars.

Occasionally, a neutron star spins on its axis so fast that it generates a powerful magnetic field. When this happens, the rapidly rotating celestial body becomes a magnetic star – “magnetar” for short. (Related: Supernova, resurrected: Scientists are puzzled by “the star that wouldn’t die”.)

A magnetar emits radio waves and a massive magnetic field

As the magnetar rotates at high speed, it gives off brilliant bursts of electromagnetic energy that register on Earth-based radio telescopes. Experts believe that the massive magnetic field of the star produces all those radio waves.

XTE J1810-197 is one of 23 magnetars currently known to man. Further, it is one of four radio magnetars that give off large amounts of radio waves instead of the usual X-rays. The different radiation comes from the decay of the star’s strong magnetic field.

First discovered in 2004, XTE J1810-197 spent the next four years shining brightly on radioscopes. The radio magnetar went into an inert state during the later part of 2008.

Almost a decade later, XTE J1810-197 came back to the limelight on December 18, 2018. This time, the magnetar behaved differently.

Researchers from The University of Manchester were waiting for the eventual reawakening of the star. They released their observations on the returning XTE J1810-197 in the online repository arXiv.

Since its rediscovery in 2018, the star appeared to have stabilized its pulse profile. Further, the torque that spins the magnetar at high speeds appeared to be stronger, which experts say happens to most pulsars that undergo a period of dormancy.

When XTE J1810-197 emerged from its slumber, it began giving off pulses of radio waves to signal its new activity. Unfortunately, when viewed from the perspective of Earth, the magnetar hung in the same swathe of the sky as the sun.

The emissions of the sun drowned out the weaker signals from the magnetar. If a sensor didn’t know XTE J1810-197 existed, it would not have spotted the distinct radio waves.

Thanks to their decade-long doggedness, Levin’s team succeeded in picking up the faint signals of the reawakened XTE J1810-197 out of the sea of electromagnetic emissions from the sun. They also found potential evidence that radio waves raced across the magnetar’s surface.