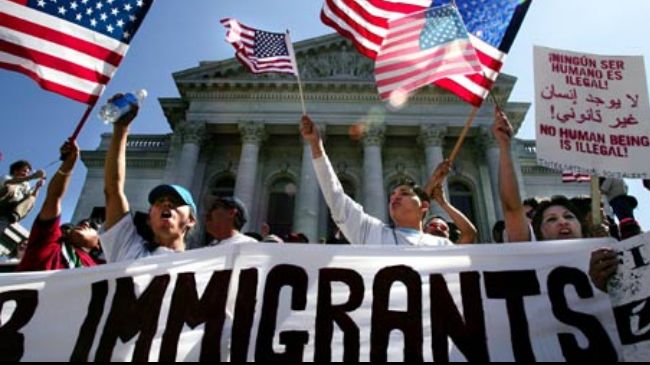 It’s flying mostly under the radar due to the fake news media’s capitulation to political correctness. But the ongoing southern border crisis, which Leftists insist doesn’t actually exist, has been identified as one of the vectors driving the spread of measles throughout the United States.

According to authorities in the northern Mexico border state of Tamaulipas, children with measles, chickenpox, and “other illnesses” were recently detained after adults accompanying them had tried to sneak them into the U.S. on tractor-trailer trucks.

State officials in Mexico revealed that the children were crammed into the freight compartments of the tractor-trailer trucks, which had to be punctured in order to free these little ones, many of whom were determined to have infectious diseases like measles.

These children were handed over to immigration authorities after being given food, water, and “medical attention,” according to Fox5NY.com, which also reported that the children had come from the Gulf Coast Mexican state of Tabasco.

The Fox5NY.com article is short and to the point, revealing what many have been saying about the spread of infectious disease in the U.S. as a result of illegal immigration, something that Leftists refuse to acknowledge, as it conflicts with their narrative that unvaccinated people are responsible for spreading measles.

President Trump is right: There really is an emergency at our southern border

Interestingly enough, this isn’t the first time that measles has been detected in illegal immigrants at America’s southern border.

Back in April, The Washington Times reported about a case in which U.S. Border Patrol agents identified measles in an eight-year-old illegal alien they detained near Yuma, Arizona.

The girl, along with her father, were part of a caravan of 39 people that had illegally hopped the border just two days after officials in the U.S. border town declared a state of emergency, revealing that they are incapable of handling the needs “of the hundreds of migrants being dropped on the city.”

“The Guatemalan girl and her father were quarantined from the other detainees, and Yuma health officials have also been alerted,” The Washington Times reported, adding that routine disease screenings are now being administered to every illegal migrant who’s caught at the border.

As usual, the mainstream media continues to lie to the public about unvaccinated people spreading measles, when illegal invaders are the real threat

This isn’t to say that all measles cases identified in the current “outbreak” were caused by illegal aliens. But we now have more definitive proof that criminal aliens are at least contributing to the crisis – especially those whom, unlike in the previous cases, illegally cross the border but are never actually caught or identified.

There’s no telling, in other words, just how many infected illegal aliens have dispersed themselves throughout the U.S., and are now infecting others with diseases like measles, which was supposedly eradicated back in 2000, according to the U.S. Centers for Disease Control and Prevention (CDC).

As you may recall, the CDC has admitted in the past that people from “overseas,” meaning from other countries, are a disease threat here in the U.S. – something you’ll never hear from the likes of corrupt California politician and vaccine industry whore Richard Pan, by the way.

During the Disneyland measles outbreak of 2015, for example, the CDC’s Anne Schuchat openly admitted that it was more than likely someone who wasn’t from America – meaning a person who could have been an illegal alien from south of the border, considering Southern California is filled with them – that triggered this particular outbreak.

For related news about mainstream media deception concerning the true causes of disease outbreaks, be sure to read MeaslesNews.com.