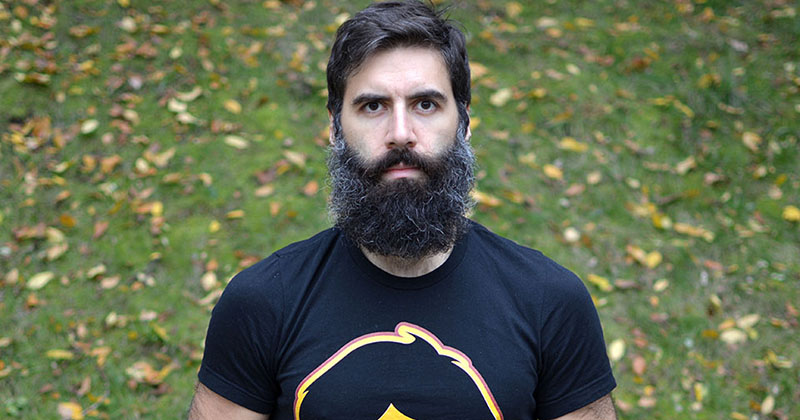 Anyone who continues to believe that complaints by conservatives, libertarians, free thinkers, and general nonconformists about being banned or censored by the Left-wing social media Nazis are being blown out of proportion isn’t paying attention.

On an almost daily basis now, the tech giants are kicking people off their platforms and/or finding ways to defund and otherwise neutralize them, all under the (false) pretense of ‘fighting evil’ and ‘combating hate speech.’

The latest casualty: men’s rights activist Roosh Valizadeh, more popularly known as Roosh V., founder of the ReturnOfKings blog (which he recently put on hiatus because he’s burned out and too busy).

When he shuttered RoK on October 1, he announced that he would be doing a book tour throughout the United States, asking readers to suggest which cities he should visit. He settled on 23 cities and is preparing to kick off that tour, Infowars reported.

However, earlier this week — and without warning (which is typical for the cowards who run the big tech platforms) Roosh was kicked off of Instagram and deplatformed by Chase Wepay, a payment processor he was using to sell tickets to his events.

Within 19 hours, however, he was also tossed off of Chase Wepay.

“I just got banned from Chase WePay. I was using them to sell tour tickets. I will have to use another payment processor,” he wrote.

I just got banned from Chase WePay. I was using them to sell tour tickets. I will have to use another payment processor. pic.twitter.com/8ttjluREJW

Probably just a coincidence, huh? Roosh had announced his 23-city speaking tour just a few days before his bans.

He later shared a tweet in which the user, “Legends of Men,” wrote that Roosh was banned because of the announcement.

This is because he announced a speaking tour. I predict protests. Not afraid though. Still going. @rooshv message is more important now than ever. Must spread https://t.co/q3sWT4ihpn

“If this is the resistance I’m receiving from just my first day of selling tour tickets (via roosh.live), I think we’re in for a wild summer,” he later wrote.

‘We are watching in real time how this country becomes unfree’

Journalist Nick Monroe noted: “Read my lips. This is WORSE than the usual sorts of bans.  Facebook/Instagram: “will remove ANY content containing Infowars videos, radio segments, or articles, and Facebook will remove any Groups set up to share Infowars content” That’s TOO MUCH power to give Facebook.”

POTUS Donald Trump tweeted last week that he is “continuing to monitor the censorship of AMERICAN CITIZENS on social media platforms,” but we’ve heard nothing from the White House or from Congress about what, if anything, anyone plans to do about it.

For his part, Fox News host Tucker Carlson has made social media censorship of conservatives and others a cause to fight against.

“We are watching in real time as this country becomes unfree,” Carlson said. “Who’s defending us here? Where are our leaders in Congress? Where is the White House? As long as big tech isn’t hassling them personally — as long as their accounts remain open — they don’t seem to care. They are fools,” he said during his show this week.

Read more about how the tech giants are blacklisting, banning, and censoring conservatives at TechGiants.news and Censorship.news.