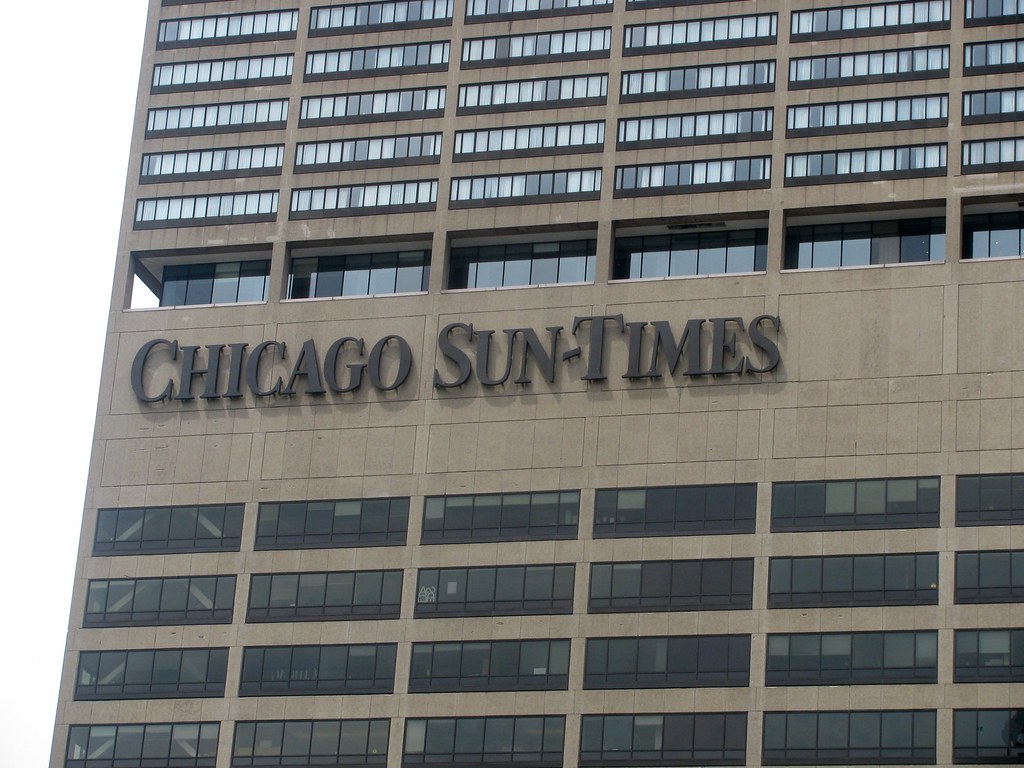 In recent weeks, you may recall that Cook County state’s attorney Kim Foxx committed the outrage of the year, thus far: She refused to accept clear evidence from Chicago PD implicating “Empire” actor Jussie Smollett in his staged hate crime, thus declining to prosecute him.

Now, we learn, the Chicago Sun-Times is providing even more cover to Foxx through the use of questionable sources for a story that paints her, not city residents who were denied justice, as the real “victim.”

On Sunday the paper published a story attacking conservative male organization Proud Boys — which is typical for establishment news rags pretending to be objective media — and in doing so both protected Foxx despite her legal negligence while also perpetuating the Left’s new “white nationalist” narrative:

The Proud Boys has been labeled a hate group by the Southern Poverty Law Center — a designation the right-wing group denies. The Anti-Defamation League calls the group “overtly Islamophobic and misogynistic,” noting that some members are “anti-Semitic and racist.”

The American Identity Movement, known as AIM, is considered by some experts to be a rebranded version of Identity Evropa, which the SPLC dubs a white nationalist group and the ADL considers white supremacist. Current leaders of AIM deny that and have distanced themselves from Identity Evropa.

If the Sun-Times wants to do some really useful investigative reporting, editors could assign a couple of reporters to dig deeper into the SPLC’s moving hundreds of millions in cash to offshore accounts, and why the organization has been dubbed “essentially a fraud” by real journalists. (Related: Gavin McInnes files suit against Left-wing SPLC for labeling his former organization Proud Boys a “hate” group.)

But I digress. The real scandal is who the reporters for the Sun-Times chose to impugn and who they chose to use as ‘sources.’

They even printed an unverified quote from cop-hating alt-left political activist Tom Rainey, detailing a supposed encounter he had with a member of the Proud Boys. They did so describing Rainey as an anti-fascist activist who was allegedly swatted at by a member of the Proud Boys, yet fail to disclose Rainey’s history of assaulting police officers during a violent anti-cop demonstration in 2017. Mr. Rainey, like the Antifa linked Twitter account used for source material in the Chicago Sun-Times article, has been known to associate with dangerous alt-left groups in the Chicago-area.

The reporters, Tom Schuba and Matthew Hendrickson, also used other sources with ties to Antifa and other Alt-Left sources. Antifa, by the way, was once considered to be a domestic terrorist group by President Obama’s DHS and FBI.

Who wasn’t considered to be a terrorist group by the FBI? The Proud Boys, which is headed “by an Afro-Cuban entrepreneur and populated with a large share of minorities in their ranks,” The Gateway Pundit reported.

Meanwhile, members linked to Antifa have been identified by the FBI as allegedly being involved in a plot to buy guns from a Mexican cartel that would be used to attack U.S. troops, Border Patrol, and Customs and Border Protection agents on behalf of migrants assembled near the boundary. The goal: Foment a violent rebellion as part of being opposed to POTUS Trump’s immigration enforcement efforts.

Enrique Tarrio, the Chairman of the Proud Boys, said of the Sun-Times hit piece, “We do not stand for racism of any kind. We love the hell out of America and what it means to be an American. Defending western values is our top priority. Socially awkward soyboys like Shuba and Hendrickson have to hide behind their roles as journalists in an attempt to avoid responsibility for their lies.”

As for Foxx, she’s not the victim of anyone or anything except politicized judgment. And Smollett’s not out of legal danger anyway; he may wind up facing federal charges of mail fraud and other civil liabilities.

Read more about how the fake news media propagandizes about the Alt-Left at Propaganda.news and AltLeft.news.