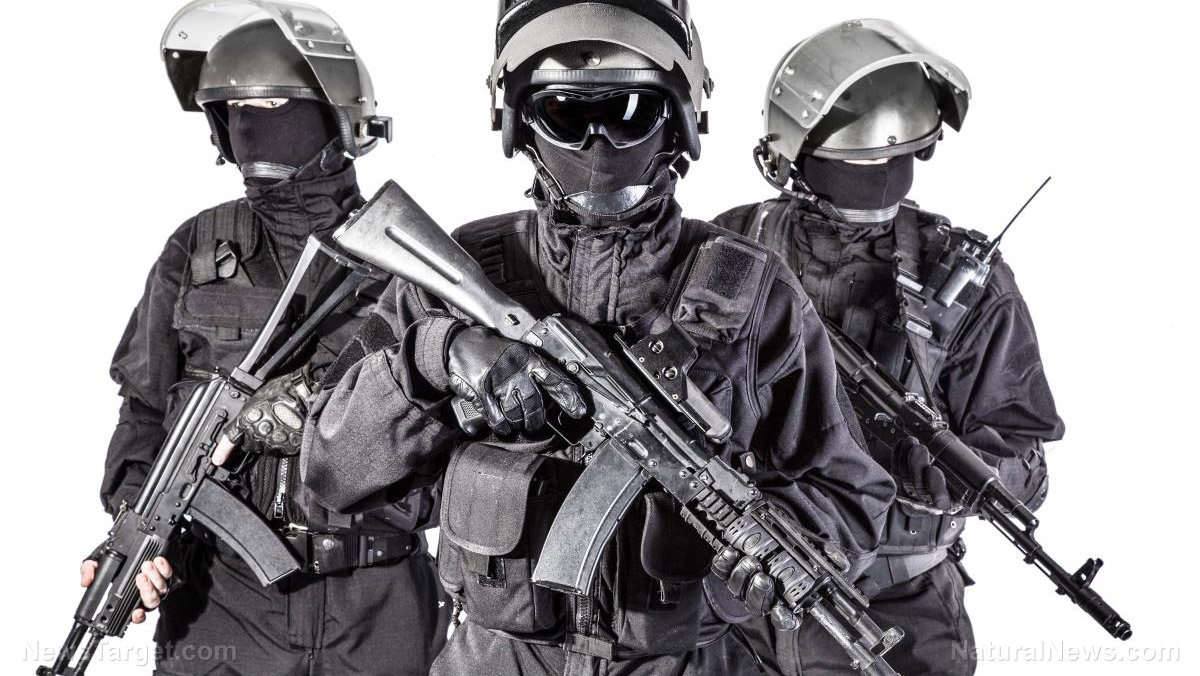 It’s a scenario that’s all too familiar for many parents: Your child is acting differently and feeling unwell, so you take his temperature. If he has a fever, you’ll weigh the pros and cons of waiting it out versus bringing him to the doctor’s. Then, just a short time later, your child is running around like usual as if nothing ever happened, and his temperature is totally normal again.

Experienced moms and dads know that this happens sometimes, so when an Arizona mother saw that her son’s fever went away and she decided not to bring him to the hospital, she had no idea it would end with Child Services stepping in and a SWAT team bringing the boy to the hospital.

It all went down in dramatic fashion in Chandler, Arizona, after a mother, Sarah Beck, brought her 2-year-old to a naturopathic doctor because he had a fever of 105 degrees. The doctor instructed her to bring him to the emergency room to rule out meningitis.

However, by the time the family left the doctor’s office, the boy was playing with his siblings and laughing. His temperature had gone back down to almost normal, so they decided to head home rather than to the ER. Beck called the doctor to say everything was fine. The doctor believed she should go to the hospital anyway, but she ultimately decided not to because she was worried her son’s unvaccinated status would be problematic – a decision that led to an unbelievable turn of events.

When the doctor learned that the parents had never showed up at Cardon Children’s Hospital, she called the Arizona Department of Child Safety to report the incident. Police arrived at the family’s home to check on the boy, and his parents wouldn’t let them inside. Speaking to an officer over the phone, the boy’s father, Brooks Bryce, said he would not bring the boy to the hospital and incur an expensive ER bill because he was fine.

The officers came back with a court order for temporary custody of the boy. Surveillance video shows that officers, wearing tactical gear, broke down the front door and stormed into the home. Their other children, aged 4 and 6, were also taken to the hospital.

Although the parents weren’t arrested, investigators are determining whether criminal charges will be filed. The child, by the way, had an upper respiratory infection and did not end up having meningitis.

Although the boy’s symptoms had improved, 105 degrees is a rather high fever and it’s reasonable to suggest that a follow-up would have been a good idea. However, the reaction of authorities was completely over the top, and all three children are likely to be left with some serious trauma from the experience. They’re now staying with their grandparents, who have been granted temporary custody. Their parents are hoping to get them back after a hearing set for next month.

Although the doctor’s concerns are understandable, the authorities’ reaction is not. It’s absolutely ridiculous to treat a 2-year-old like a dangerous fugitive. There is no reason to smash down a family’s doors and barge in with weapons drawn to take a child who had a fever that has since gone away. The kids in this family were essentially kidnapped, and many suspect the fact that they’re unvaccinated played a role in how these parents were treated.

Arizona House Rep. Kelly Townsend told KNXV that she considered the children’s removal an “abuse of power” on the part of law enforcement and DCS, adding: “I think we need to re-think where we draw the line when it comes to disagreements between doctors and parents and what level we’re going to go to to keep the child safe.”