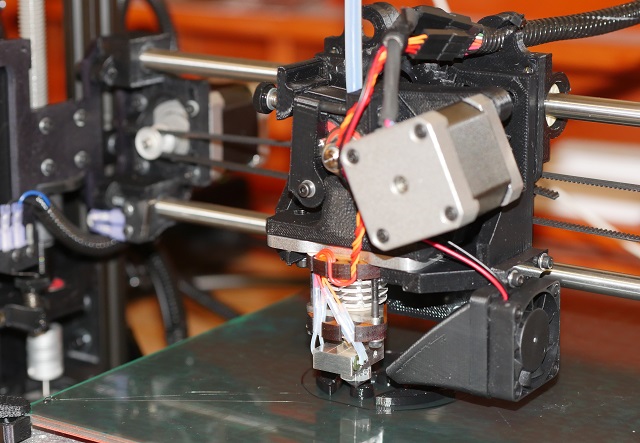 Engineers at the Massachusetts Institute of Technology (MIT) have built a new desktop 3D printer that’s 10 times faster than existing commercial printers available in the market. While most printers can just print a couple of Lego-sized blocks in an hour, the new printer can do the same thing in only a couple of minutes.

This innovation is largely due to the printer’s compact printhead, which has two parts that make the job easier: a screw mechanism that feeds polymer material through a nozzle in high speed, and a built-in laser that quickly melts the material so that it flows faster through the nozzle.

Engineers have already put the printer to the test. A range of objects, from eyeglasses frames to a bevel gear, and even a copy of the MIT dome were all printed in a matter of minutes. (Related: Why 3D printing is the ultimate game-changing technology for freedom, self-reliance and the spread of democracy.)

The new printer shows what 3D printing can do to become a reasonable machine for production, according to MIT professor Anastasios John Hart. The speed of the printer allows the user to have more time in developing and testing the product, according to Hart. Moreover, the pace of the 3D printer can be useful in emergency medicine, as well as remote locations. “Fast 3D printing creates valuable new ways of working and enables new market opportunities,” he quips.

Hart, together with Jamison Go, previously distinguished the causes for the speed restrictions surrounding the most common 3D printers, which prints its product by layer. This process, known as fused filament fabrication, is one of the main confinements on the practical use of 3D printing.

Hart and Go got around this problem by changing the design of the printhead. In most desktop 3D printers, plastic is pushed through the nozzle using a “pinch-wheel” mechanism — wherein two wheels push the plastic, or the fiber, forward. The design functions well at slower speeds, but once the process is sped up, the wheels will lose their grasp on the material.

Their printer got rid of the pinch-wheel design. The pair instead installed a screw mechanism that turned within the printhead. This ensured that the material would have more contact with the screw and would enable to feed the filament through the spout even with the increase in speed. The engineers estimate that their printer would have 10 times more driving force than a commercial printer. The addition of a laser downstream of the screw allows the plastic to be quickly heated before passing through the nozzle. This technology was integrated to build a compact printhead — it is roughly the same size of a computer mouse.

Finally, the addition of a high-speed gantry mechanism, an H-shaped frame that is fueled by two motors, connected to the motion stage which houses the printhead allows it to move at a faster speed.

“We designed the printhead to have high force, high heating capacity, and the ability to be moved quickly by the printer, faster than existing desktop printers are able to,” Hart explains. “All three factors enable the printer to be up to 10 times faster than the commercial printers that we benchmarked.”

Currently, the printer is not yet available on the market. However, engineers predict that this will be useful for industries that are starting 3D printing prototyping. The technology sees its greatest potential in manufacturing, where it is expected to have significant growth over the coming years.

Learn more about how 3D printing is a step towards the future by visiting Products.news.