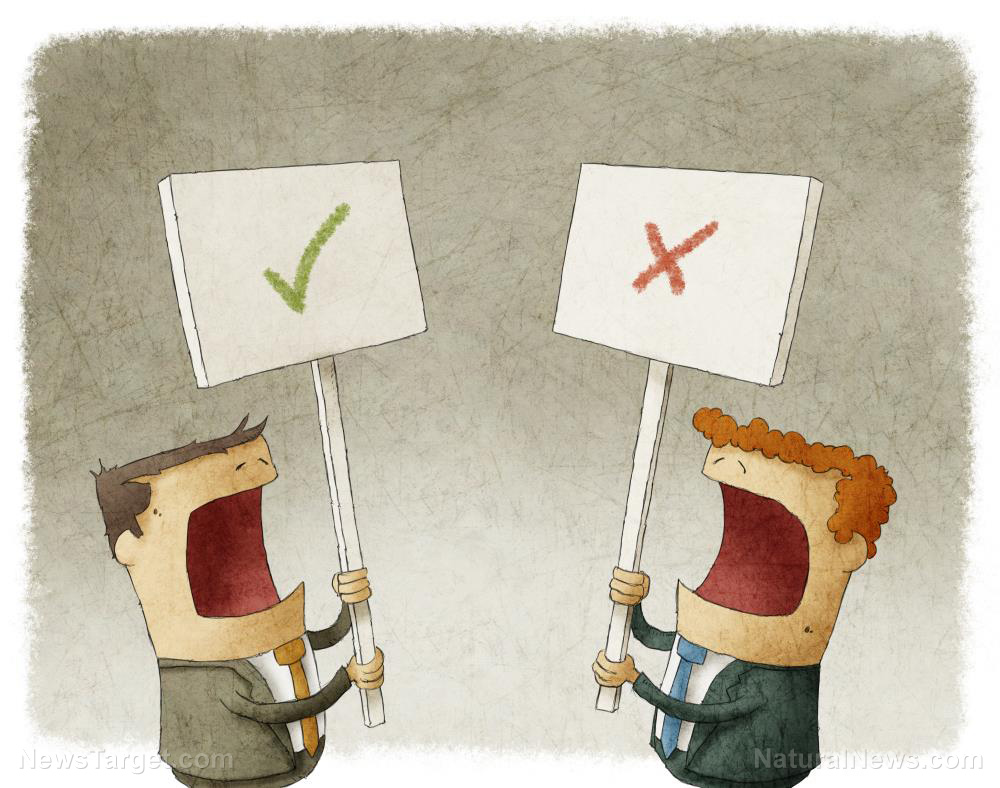 An individual’s political beliefs are shaped, not by conscious decisions, but by subconscious influences. In a new psychology study, scientists reveal a simple mental trick that can turn a conservative into a liberal and vice versa.

In the New York University study, participants were asked to imagine that they were invincible, that a genie gave them super powers. Participants were told that pain wasn’t even a reality, that a fall from a cliff would be “painless.” A control group was simply told to imagine that they could fly. The two groups were then asked about their opinion on various political statements. The results suggest that conservative political beliefs are influenced by one’s need for safety and security. When the limitations of the real world are removed, conservatives tend to think more like liberals. The study revealed that liberals have a more idealistic worldview, like a child pretending to be a superhero. Conservative mindsets are more grounded in reality and experience.

Conservative beliefs dissipate when individuals are subconsciously disconnected from reality

Both conservatives and liberals in the control group reported no change in political views; however, the conservative group that was  granted superhero powers became more adamant to make large-scale changes to social order. When conservatives began to think with invincibility, they began to agree with liberals on social justice issues – that it’s not fair if some groups of people have more of a chance in life than others. When liberal participants were granted the same powers, their opinion on social issues stayed the same. When given absolute power over their reality, a person believes they can change the world and make it fairer. The study also showed the controlling and unrealistic tendencies of liberal belief systems.

Previous studies have shown that liberals will change their beliefs if they are presented with fearful realities. If a liberal feels threatened, they may adopt more conservative beliefs. This may explain why many conservative ideals are often shared by people who have “the fear of God” in them. It’s not that conservatives are driven by fear; they respond to and respect the reality that is presented by fear.

The study, published in the European Journal of Social Psychology, was led by Dr. Jaime Napier. She wrote: “Results suggest that socially (but not economically) conservative attitudes are driven, at least in part, by needs for safety and security.”

For example, the idealism of open borders comes from the fearless belief that all people love one another and would not take advantage of the country. On the other hand, fearful realism guides conservative thinking. Conservatives’ desire for stronger border security comes from the realization that drug dealers and human traffickers do take advantage of people in the country.

Individuals who have experienced adversity or danger in the world around them will tend to adopt more conservative beliefs. People who have a stronger negativity bias become more practical and forthcoming because their brains have been trained to see things for what they are. This makes conservatives more capable of discerning social situations to restore order.

On the contrary, liberal-minded individuals are more idealistic and seek change. They automatically feel secure and safe in a world of non-judgment. Because of this, they may be more prone to delusion and a sense of entitlement. If an individual grows up in a coddled environment, where fear and struggle are not a part of their experience, they may be more liberal-minded later on in life. Because of these subconscious cues, liberals are more willing to support government programs that try to make society a fairer place for all minority groups. Because of this, liberals may see government as a means to give everyone free ponies.