The Green Swastika: Environmentalism was a pillar of the Third Reich 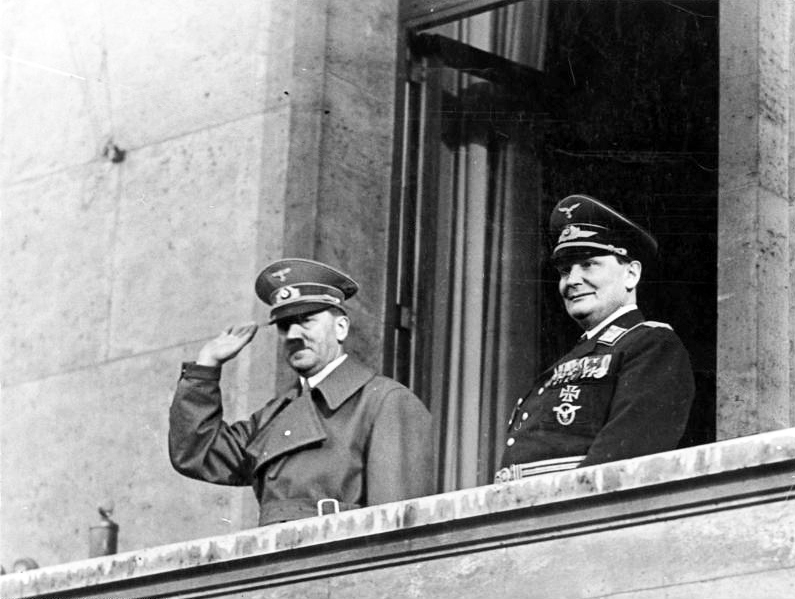 Caring for the environment and being good stewards of our many natural blessings is much different than worshiping the environment and demanding, under threat of force, that everyone adopt strict, and often totalitarian, environmentalist doctrines. The former is how we conserve and preserve our world for both ourselves and future generations, while the latter embodies something that Adolph Hitler actually perpetuated as part of his Nazi agenda for the world.

In his book, “The Green Swastika: Environmentalism in the Third Reich,” author William Kay offers a detailed historical account of the German environmentalist movement under Hitler, comparing it to the far-left environmentalist movements of today. Believe it or not, many of today’s so-called “anti-fascists” are actually embracing the very same dogma as the world’s most well-known fascist – and they don’t even realize it.

In five short chapters, Kay outlines how the fanatical activism of today’s “green” movement mirrors that perpetuated by Hitler in Nazi Germany. Not only that, but many people misunderstand what Hitler was even trying to do with Naziism as a whole, erroneously claiming that he was simply out to get Jews and restore nationalism, which couldn’t be further from the truth, according to Kay.

“Anti-Semitism was neither Hitler’s foundation nor principal intent,” he writes. “His driving passions were anti-Marxism; Social Darwinism; and most fundamentally, anti-liberalism. Jews were scapegoats. The real enemy was free-market capitalism.”

Hitler was opposed to true, or classical, liberalism, which in today’s terminology would be most closely aligned with conservatism. In other words, Hitler was a modern-day liberal who sought to silence those who promoted ideas like free-market capitalism and free speech – which means he would have been welcomed with open arms by Antifa and other radicalized leftist groups in today’s world.

“There were plenty of German capitalists and German liberals, but rather than confront these people head-on, Hitler racialized his anti-liberalism. The epicentre of his animosity was modern civilization,” adds Kay. “He attacked modernity through the Jews. Hitler’s Judeo-Bolshevik myth is well-acknowledged, but his Judeo-liberal myth is avoided.”

Hitler’s environmentalist leanings were largely inspired by a pseudoscientist known as Ernst Haeckel, considered to be the founder of ecology. Though he publicly cited biblical principles that would seem to contradict those propagated by Haeckel, a Darwinist, Hitler quietly embraced them as well, which was the impetus behind what would become his radical environmentalist leanings.

“Both Haeckel and Hitler defined science as the unwrapping of Nature’s laws. Both sacralized Nature,” Kay explains in his book. “Neither acknowledged a gap between organic and inorganic realms. Both elevated evolution to a religion. Both bemoaned Man’s violation of Natural Law and considered Christianity to be the chief culprit.”

Speaking of Christianity, this is another common misnomer in how people view Hitler. While it would seem that his doctrines included those also embodied by Christians, Kay says Hitler was a private atheist who, when he wasn’t speaking publicly, would bash true Christianity and the people who claimed it as typifying their faith.

Like Haeckel, Hitler believed that Jesus was the illegitimate son of a Roman soldier. He also believe that the Church’s preaching against Haeckel’s Natural Law doctrines were responsible for the destruction both of Imperial Rome, and the downfall of Germany that prompted Hitler’s rise to power.

Hitler actually referred to Christianity as “the invention of sick brains,” and mocked the idea that anyone would believe in a trinity, or “Godhead,” embodying the Father, Son, and Holy Spirit – three in one. Being a “militant vegetarian,” Hitler also despised Christianity for not sharing his same convictions about “animal rights” – sound familiar?

Be sure to check out the contents of William Kay’s book, “The Green Swastika: Environmentalism in the Third Reich,” and purchase it for yourself and your loved ones this Christmas at this link.

To learn more about how Hitler’s environmentalist extremism is still being propagated by leftists in today’s world, check out Agenda21.news.

Also read RealHistory.news for the real history that isn’t being taught by the propaganda news networks.