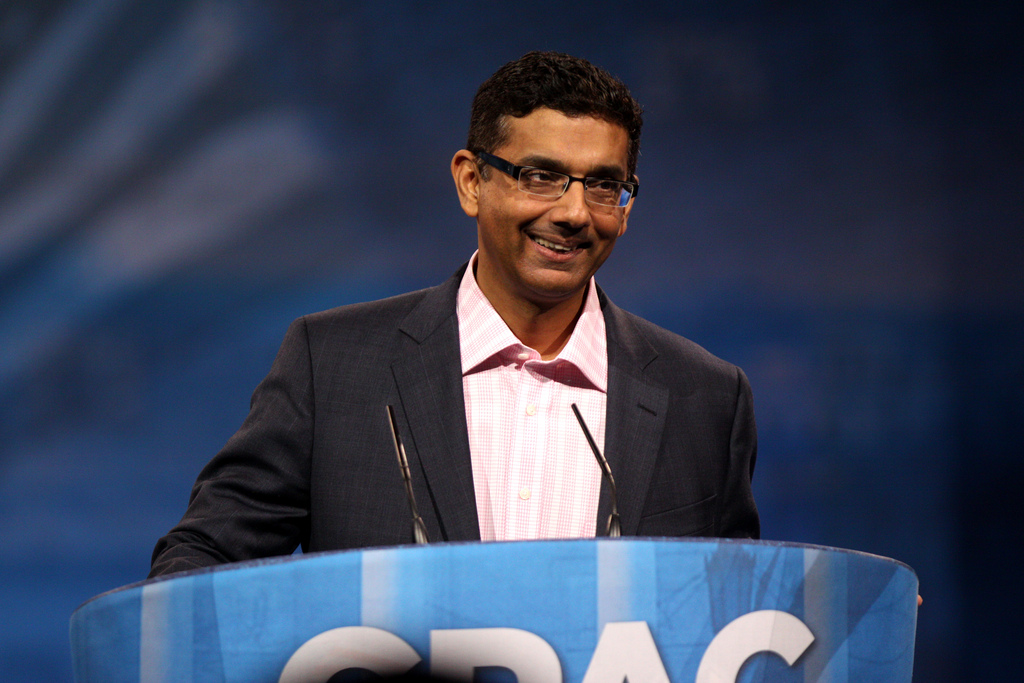 The Left made it a point to censor the release of Dinesh D’Souza’s new film, “Death of a Nation,” because it hits a little too close to home in drawing parallels between the tactics of Nazi Germany and today’s Democratic Party.

During a recent interview with Alex Jones, D’Souza revealed some of what’s contained in his film, which was released back in August. You can watch the interview, available from Brighteon.com, below:

“Today, they don’t have to make a big pyre of books and burn them because they don’t assign them,” D’Souza states about the modern-day leftist tactic of “burning” books by simply disallowing them from the educational system.

“They don’t hire conservative professors. They try to drive right-wing speakers off the campus.”

For more censorship news, be sure to check out Censorship.news.

Leftist censorship of Alex Jones and others is blatantly Orwellian, says D’Souza

There’s also a digital “book burning” taking place against voices like Alex Jones that question the official narrative of things. D’Souza points out that this censorship approach is contradictory to the protections afforded in the Constitution.

“Look at the way they’re trying to make you into a digital non-person,” D’Souza stated to Alex, whose Infowars news channel has been banned from most major social media platforms.

“You have to go back to Aldous Huxley or Orwell to read these kinds of themes, except they are in a way playing themselves out in America today. It’s absolutely outrageous, and I think that anyone who defends civil liberty and the First Amendment – I mean, where’s the ACLU on all of this, Alex? The ACLU should be taking your case.”

The aggressive denunciation of gun rights by today’s Left is similarly dictatorial, reminiscent of the type of fascism promoted by Adolph Hitler during World War II. As explained by Jones, restricting gun ownership is exactly what the Nazis did in order to escalate their level of power and control.

“Our gun control laws later got translated, just like they took our laws, the Democrats ended up taking their laws to pass the ’89 gun control act – you cannot make this up,” says Jones.

The same is true of abortion “rights” and other forms of population control that Democrats insist are “human rights,” but that were pulled straight from Hitler’s playbook.

“The Nazis got progressive eugenics schemes both for their sterilization laws and their euthanasia laws,” explains D’Souza. “The Nazis also got their Nuremberg laws from the Democratic Jim Crow laws.”

There are so many parallels between Nazi Germany and the Leftist movements of today that one would have to bury his head deep within the sands of ignorance not to see them. And that’s one of the major points made in D’Souza’s “Death of a Nation,” which is also available as a book in print form.

“After World War II, the progressives who were coming to power in the academy and in the media … they knew that Naziism and fascism were on the Left. They knew that the progressives and the Democrats had been in bed with Mussolini, though not with Hitler … but they didn’t want young people to find out about this,” D’Souza explains.

“This is when they settled upon the ‘big lie’ to muddy the definition of fascism, to pretend that fascism was right-wing instead of left-wing, and ultimately to rewrite the history books to give people a bill of goods. And that’s why the book and the movie (were made): to unmask this progressive” agenda, he adds.

Be sure to check out the full interview with Alex Jones and Dinesh D’Souza at Brighteon.com.