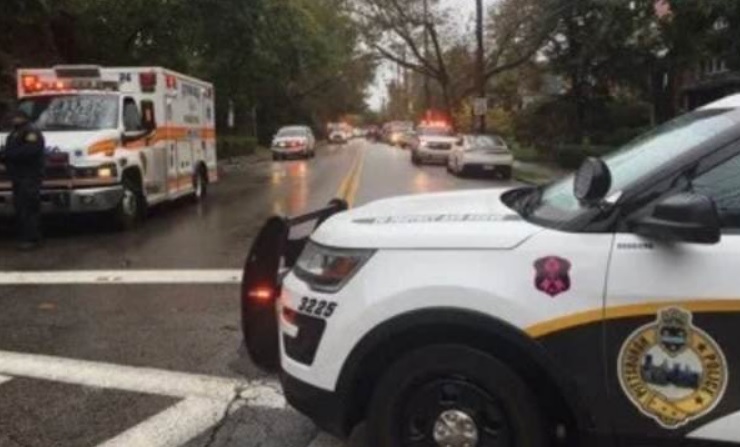 Pray for America today, friends, as the extreme violence that has been relentlessly pushed by deranged Leftists continues to escalate in the 10 days before the crucial mid-term elections.

This morning, a deranged, Trump-hating, Jew-hating individual opened fire at the Tree of Life Synagogue in Pittsburgh, reportedly killing as many as 11 people (the actual death count is unclear and may rise). The man, who has been named by multiple media sources as Robert Bowers, was captured by police and left behind a slew of social media pages raging with hatred toward globalists and Jews.

The individual is also a Trump hater and specifically talked about a “kike infestation” while also bashing Qanon. “For the record, I did not vote for [Trump] now have I owned, worn or even touched a maga hat,” says a post that is believed to belong to the shooter.

The shooter had previously bragged about his Glocks on social media, posting pictures of multiple Glock handguns. He reportedly carried out the shooting with a combination of a Glock and an AR-15 of unknown manufacture.

The attack “should be treated as a terrorist attack because it’s religiously motivated,” warned Paul Joseph Watson in a tweet:

Alleged shooter in Pittsburgh did not vote for Trump and showed his hatred for Trump in other posts.

Was obviously motivated by his disgusting anti-Semitism and nothing more.

Should be treated as a terrorist attack because it's religiously motivated. pic.twitter.com/bidBBaoAEo

Other posts describe the shooter as an actual “Nazi” who “admired Hitler, hates Trump, believes Trump is controlled by Jews…”

Another post from Pittsburgh Synagogue shooter Robert Bowers. His profile clearly illustrates that he’s a Nazi, admired Hitler, hates Trump, believes Trump is controlled by Jews, he did not vote for Trump. That’s all I was able to archive before his profile was wiped. Sickening. pic.twitter.com/DPQfGuWDzY

The shooter also screamed, “All Jews must die,” according to news sources:

Unlike the recent fake pipe bomb hoax which was an obvious theatrical production, this attack on Jewish Americans involved actual kinetic weapons, blood and death.

This is a horrifying escalation of pre-election violence. We pray for all those impacted by these acts of violence and terrorism.

Pray for America. We’ve been warning about this escalation of violence for a very long time. Now it’s here, and it’s obvious that everything is being unleashed in the run-up to the mid-term elections for political purposes. There is likely much more violence yet to come… and as always, the dishonest left-wing media will try its hardest to somehow blame everything on Trump.