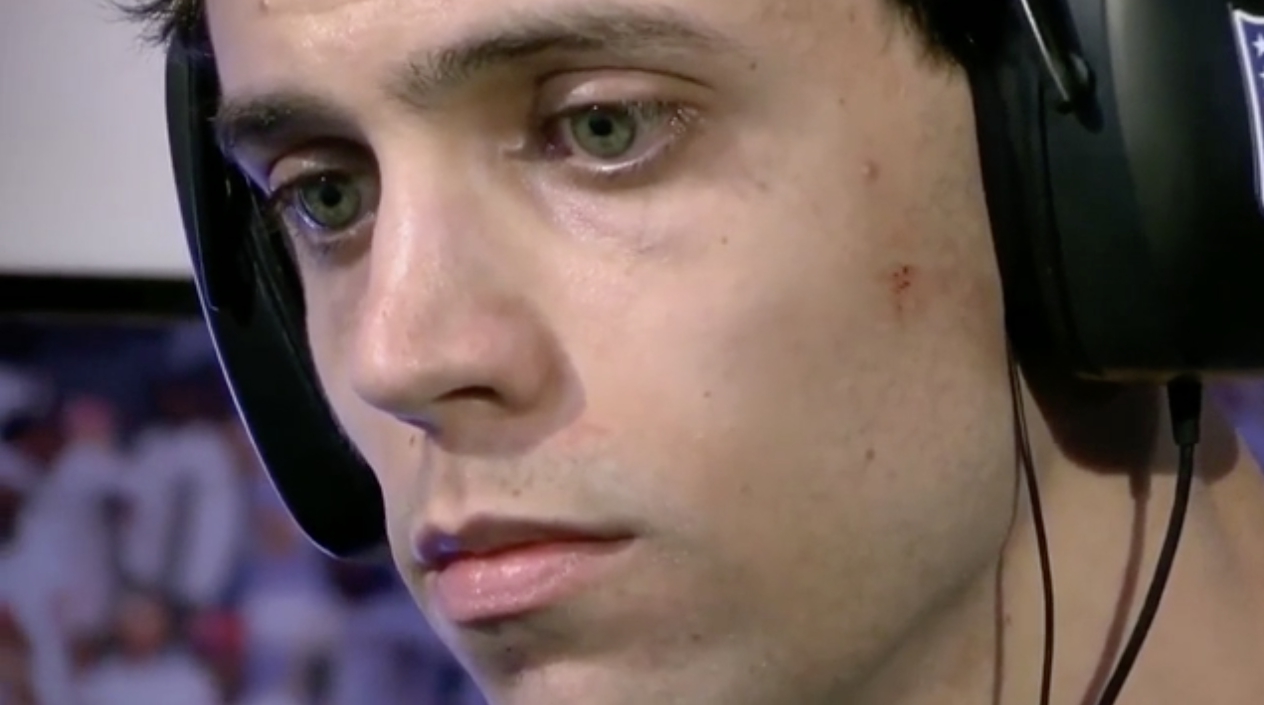 The Madden NFL gamer who shot and killed three people in Jacksonville, Fla., on Sunday and wounded nearly a dozen others before turning his gun on himself was an “all-business” introvert who was twice treated for mental illness.

The Associated Press reported that according to divorce filings involving the parents of David Katz, 24, of Baltimore, when he was a teenager he was hospitalized on at least two occasions in psychiatric facilities and had been given anti-psychotic and anti-depressant drugs.

“The records show Katz’s parents disagreed deeply on how to care for their troubled son,” The AP reported. “Katz’s father claimed his estranged wife was exaggerating symptoms of mental illness as part of the couple’s long-running and acrimonious custody battle.”

The U.K. Daily Mail reported that the father worked for NASA at the time and his ex-wife, a Ph.D., worked for the Food and Drug Administration.

Reports also noted that Katz, who reportedly was a pretty good Madden gamer, having won $10,000 at a Buffalo Bills Madden Club tournament before losing in the quarterfinals in California, was socially awkward and kept largely to himself. He went on his shooting rampage after losing a match, the New York Post reported.

“He’s a well-known competitor,” one gamer who claimed to have beaten Katz on Sunday told the Post.

“[He was here] all weekend,” said the man. “He had shades on, he didn’t speak to anybody. Even after we played…I went to shake his hand and just tell him ‘good game’ and he just looked at me. He didn’t say anything.” (Related: Game tournament mass shooter was prescribed anti-psychotic and antidepressant medications.)

Once again, the medicated murder

Before his game on Sunday, Madden announcers introduced Katz as “a man of business” who “keeps to himself.”

The Daily Mail reported that one of the game announcers who worked a previous tournament Katz played in said, “He’s not here to make friends. He’s all business, he’s focused, and to even get him to open up to talk to you about anything – it’s like pulling teeth, man.”

The Baltimore Sun reports that, according to his parents’ divorce record, Katz was hospitalized at the Sheppard Pratt Health System in Towson for psychiatric treatment. After graduating Hammond High School in 2011, he began attending the University of Maryland in September 2014, majoring in environmental science and technology. He was not enrolled for the upcoming semester, school officials said.

The Sun reported that Natalie Gill, a graduate student at the university and a former teaching assistant, remembered that Katz had difficulties in class and that he was a loner when he attended her course in the fall of 2015. She said pictures of him being posted online “with no smiling” was “how he looked all the time.”

“I pulled him aside and asked if there was anything I could do to help, and he basically had no reaction to that,” she told the paper.

The Left is screaming for more “gun control!” but that’s not the problem. The Baltimore Sun reported that Katz recently purchased two handguns legally at a firearms store in Baltimore, where he lived.

And now, Katz has become the latest psyche case who – at least at one point in time – was living an alternate reality not just as a gamer but as a human being, doped up on psychotropics and anti-depressants that often have the opposite of their intended effects.

And there was nothing to alert anyone that these mind-altering drugs are directly responsible for thousands of deaths.

Read more about shooters on psychosis-inducing drugs at PsychDrugShooters.com.