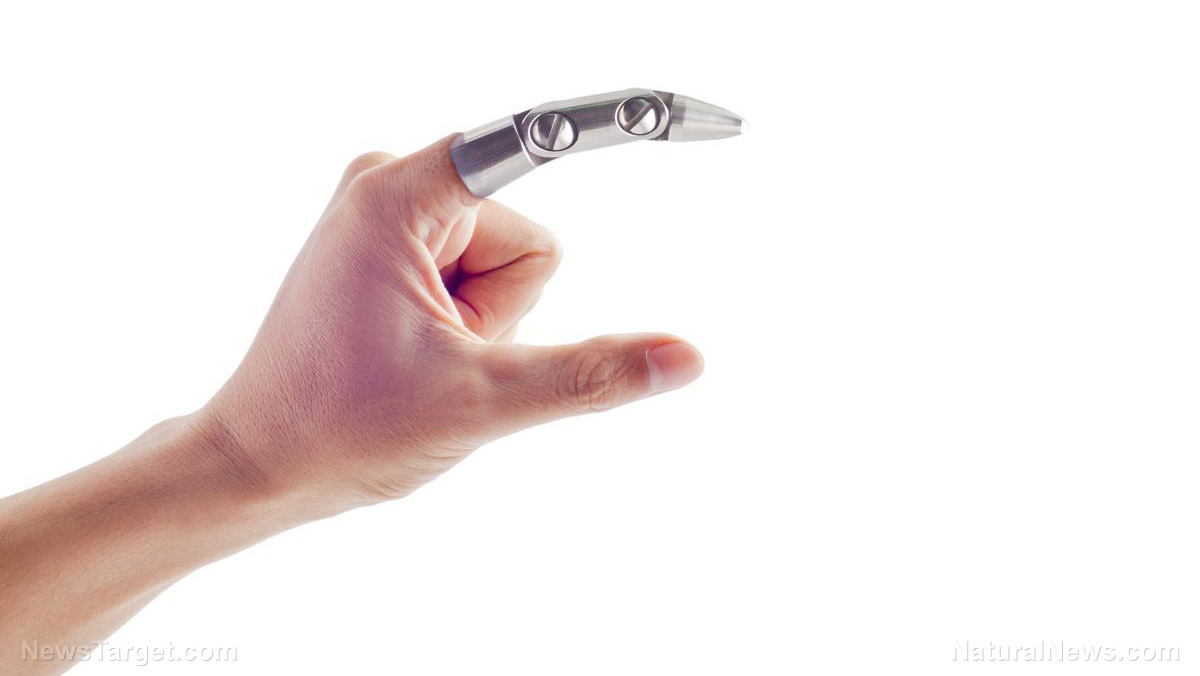 Amputees may soon be able to find relief from the phantom limb sensation that haunts them, stated an article in Science Daily. American researchers have created an electronic skin for prosthetic hands that can return a sense of touch to the user.

Developed by engineers at the Johns Hopkins University (JHU), the e-skin is a layer of fabric and rubber that uses sensors as substitute nerve endings. When these sensors encounter stimuli, they send the impulses back to the peripheral nerves. This way, they duplicate the sense of touch and pain in a biological hand.

“We’ve made a sensor that goes over the fingertips of a prosthetic hand and acts like your own skin would,” says JHU researcher Luke Osborn regarding the e-skin. “It’s inspired by what is happening in human biology, with receptors for both touch and pain.”

Osborn added that the e-skin could be fitted onto commercially-available prosthetic hands. Once equipped, the user will be able to sense the object they are touching or holding with their prosthetic.

The paper describing the electronic skin was published in the journal Science Robotics. (Related: Researchers create memory prosthesis that can boost recall in humans by around 40 percent.)

The JHU researchers and their Singapore Institute of Neurotechnology (SINAPSE) colleagues based their electronic skin on its living counterpart. Human skin has numerous interconnected nerve receptors that detect various stimuli such as pain and touch. These receptors send the sensory information to the brain.

Osborn explained the importance of imparting a literal human touch to current prosthetic limbs. This includes the addition of pain receptor analogs.

The e-skin fulfills this purpose for prosthetic devices. It triggers the user’s peripheral nerves through the skin using non-invasive electrical stimulation. This activates the phantom limb sensation and sends the information to the brain of the amputee, explained JHU researcher Nitish Thakor, the senior author of the paper.

The human skin’s tactile and pain receptors served as the basis for the neuromorphic model of the e-skin. The JHU-SINAPSE device can encode sensations for transmission to the brain, just like its organic counterparts.

Electroencephalography scans of volunteer amputees showed that the participants sensed the transmissions of the e-skin as if they came from the phantom hand.

To determine if the e-skin could detect pain, the researchers connected it to the participant via transcutaneous electrical nerve stimulation (TENS) before having him perform a pain-detection task. They reported that both the participant and the prosthetic felt a natural, reflexive reaction when confronted with painful and non-painful stimuli.

The electronic skin can detect the curves of an object, allowing it to perceive touch and shapes. It is also sensitive to sharpness, which registers as pain. However, the e-skin cannot sense temperature. That lack will be amended in future developments.

Turning the phantom limb feeling into a real sensation

The JHU-designed e-skin demonstrates that amputees with prosthetic limbs can once more experience certain touch-based sensations. The ability to feel pain and other sensations will be very useful for delicate actions that require tactile feedback, such as holding a fragile object.

By equipping an e-skin on the prosthetic, an amputee can sense different touch-based perceptions. The sensations include light touching, noxious stimuli, and pain

This benefit is not limited to just prosthetic hands. Much in the same way experiencing pain in an organic leg warns you about an injury, a prosthetic leg that equips the e-skin can alert its user to damage. It can also be applied to the thick working gloves of astronauts and others who need to sense what they are holding.

You can get more stories about prosthetics and other robotic devices at Robotics.news.