Will robots “keep” us? Scientists are already seeing signs of a dystopian future as more robots take jobs from humans 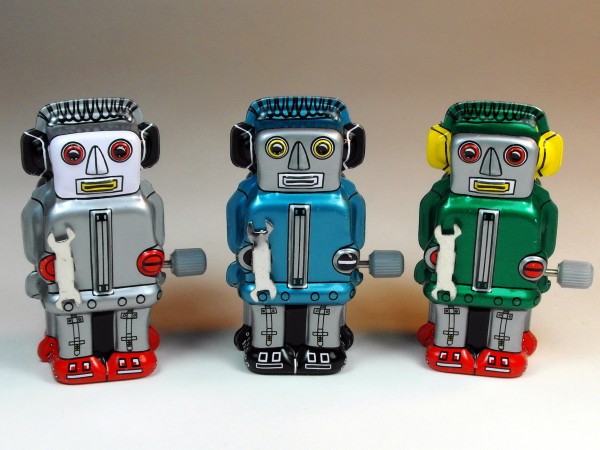 Is artificial intelligence (AI) advancing too fast? According to a report from a management consultancy firm, we are steadily heading down the path to dystopia as robots overtake jobs that help give meaning to our lives.

Dr. Subhash Kak, a computing expert at Oklahoma University, explains that while employment gives individuals a “sense of self-worth and value,” technological advances can soon take this away. He warns that as robots and AI continue to improve, there is the possibility that a “machine takeover will lead mankind into a ‘hellish dystopia.'”

He adds that once we lose this feeling of “self-worth” when the robots take over our jobs, people will start feeling miserable and unproductive. Dr. Kak cautions that “opioid addiction and the rise of extremist groups” in the U.S. are some of the signs of a “dystopian future.”

Dr. Kak shared, “Policymakers have begun to speak of a minimum guaranteed income with everyone provided food, shelter, and a smartphone, and that will not address the heart of the problem… Likewise, phenomena such as ISIS are a response to the meaninglessness that people find in a world devoted only to the cult of the body.”

In November, McKinsey published a report called Jobs lost, jobs gained: Workforce transitions in a time of automation which looked into the number of jobs that could be lost to robots and AI. The report also detailed which professions were most at risk, and it posited that while jobs security can be maintained until 2030, pending “challenging transitions” can affect employment. In at least 60 percent of jobs, about one-third of activities might soon be automated, replacing anywhere from a whopping 400 million to 800 million workers worldwide.

Although there is the possibility of new job vacancies, they might require the acquisition of “new skills.” About 75 million to 375 million people might have to change their occupational categories to adapt, and this pending “switch to automation” will significantly affect employees in China. This means at least 100 million workers (12 percent) of the 2030 workforce will have to make the switch. However, compared to the tens of millions of people in China who “moved out of agriculture” in the last 25 years, this figure is comparably small. (Related: Robot replacement begins in fast food industry: Burger flipping robot set to replace humans next year in 50 California restaurants.)

The U.S., Germany, and Japan could be bearing the brunt of this automation, per the report from McKinsey. Because these countries have advanced economies, a bigger chunk of their workforce will need to take up new skills. By 2030, one-third of both America and Germany’s workforce and at least half in Japan will need to make the switch.

The report concludes that jobs in “predictable environments” such as machine-operators and fast-food workers, would soon be taken over by robots. Those in collecting and processing data could also face massive displacements in terms of labor, such as in “mortgage origination, paralegal work, accounting, and back-office transaction processing.”

Jobs in “unpredictable environments” are facing a smaller risk of being replaced by robots. “Gardeners, plumbers, or providers of child- and eldercare” don’t have to worry as much. Even when 2030 rolls by, their jobs are “technically difficult to automate” and wages are much lower, which means that automation isn’t a profitable business proposition.

Learn these soft skills for 2018

Now that you’re aware of the dangers of a robot/AI takeover in the future, try to foster these soft skills, which can make or break your chances of being hired this 2018:

You can read more articles about AI takeover at Robots.news.