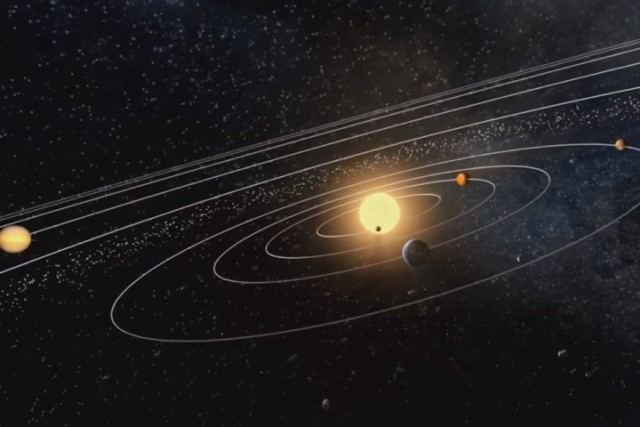 The findings of a new U.K. study suggest that the upper atmosphere of the seventh planet in our Solar System smells the same as rotten eggs, reports a Live Science article.

The study specifically suggested that the topmost clouds of Uranus contain a lot of hydrogen sulfide. You may not be familiar with that chemical, but if you have ever gotten bad eggs for breakfast, you’ll recognize the stomach-turning stench.

Hydrogen sulfide can be found in Earth’s rotten eggs, sewers, and active volcanoes. It accounts for the nasty smell of several geothermal hot springs you might have tried out. (Related: NASA says that aliens live on Venus, but they’re only microbes.)

Uranus is not the only gas giant that smells to high heavens. The atmosphere of its further-along neighbor Neptune also contains a large amount of hydrogen sulfide.

In comparison, the upper atmospheres of the far more massive gas giants Jupiter and Saturn are mostly made up of ammonia, explains Leigh Fletcher, a planetary science researcher at the University of Leicester and co-author of the study. That is the same chemical found in your household cleaners.

The atmosphere of Uranus is silent but deadly

Fletcher explains that the location and the temperature of a planet during its birth decided the composition of its atmosphere. Jupiter and Saturn are closer to the Sun, which makes them warmer. They got surplus amounts of nitrogen, much of which became ammonia.

Uranus and Neptune are further from the Sun. Since they were colder, they developed atmospheres laden with hydrogen sulfide, among other gases.

Until recently, astronomers did not know anything about the gases that made up Uranus’ atmosphere. They lacked a sufficiently sensitive instrument that could study the planet.

For their study, Fletcher and her team tapped the Gemini North telescope in Hawaii. Perched atop a volcano, the massive instrument featured an infrared spectrometer that can make out the shapes of black holes in far-away galaxies.

With this spectrometer, the researchers were able to examine sunlight bouncing off the uppermost clouds of Uranus. The results showed very faint lines on the visible spectrum that corresponds with the wavelengths absorbed by hydrogen sulfide.

Fletcher said that only a minuscule amount of hydrogen sulfide stayed above the clouds, making detection difficult but not impossible.

The stinky air in Uranus is also freezing and suffocating

The discovery provides a significant clue about the origins of Uranus (and Neptune). The researchers theorize that the planet’s clouds are concealing a far greater concentration of hydrogen sulfide.

However, even the Gemini North telescope is not powerful enough to see through the cloud deck of Uranus. Any further study would require a space probe, which would take years to get there.

Professor Patrick Irwin of the University of Oxford, who served as Fletcher’s co-author for the study, said that humans who somehow made it inside Uranus’ atmosphere would not live long enough to recognize the distinct smell of rotten eggs.

“Suffocation and exposure in the negative 200 degrees Celsius (minus 328 degrees Fahrenheit) atmosphere made of mostly hydrogen, helium, and methane would take its toll long before the smell,” warned Irwin.

Learn more interesting facts about the planets that make up our Solar System at Space.news.