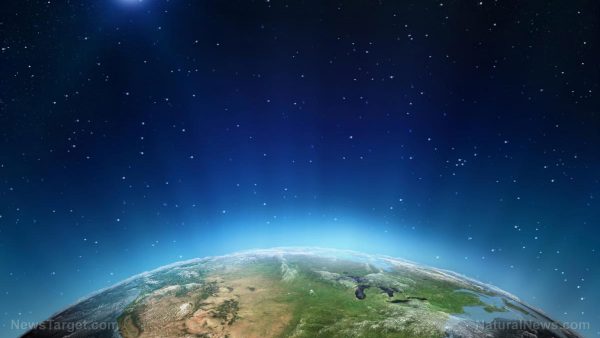 There’s no denying that our planet is in trouble. Between deforestation, pollution, species extinction and soil degradation – to name just a few – there are plenty of crises to keep humankind busy for the foreseeable future. And as if we don’t already have enough to cope with, respected scientists are warning that we may have another threat looming. Daniel Baker, director of the Laboratory for Atmospheric and Space Physics at the University of Colorado Boulder, believes that Earth’s magnetic poles could be about to flip, a disaster that would leave a wave of destruction in its wake.

Believe it or not, it’s actually quite normal for our planet’s North and South magnetic poles to flip every 200,000 to 300,000 years. And since the last flip took place around 780,000 years ago, we are overdue for the next big event.

There are signs to indicate that the next reversal could be imminent, as SHTFplan recently reported:

The Earth has a fierce molten core that generates a magnetic field capable of defending our planet against devastating solar winds.  This magnetic field is vital to life on Earth and has weakened by 15 percent over the last 200 years. …

The fact that it’s normal for the poles to flip does not mean this will be a peaceful event, however. For one thing, the magnetic field protects the Earth against dangerous solar radiation. If the poles were to “flip,” this protection would be compromised, and we could be exposed to solar winds that could severely damage the ozone layer. A pole reversal would also have devastating effects on the entire planet’s communication and power grid systems. (Related: Stay up-to-date with what’s happening in our natural environment at Environ.news.)

Alanna Mitchell, author of the book, The Spinning Magnet: The Electromagnetic Force that Created the Modern World and Could Destroy It, warns that if the poles were to flip we would be facing dangers like galactic cosmic rays, particles from the sun, and exposure to more dangerous UVB rays because of the damage to the ozone layer.

Meanwhile, other experts have warned that a pole reversal could result in the death of over 100,000 people each year because of increased exposure to space radiation. Human exposure to cosmic radiation would double, dramatically increasing the number of people dying from cancer.

And, as Richard Holme, professor of earth, ocean and ecological sciences at The University of Liverpool noted, a grid-down scenario would have incredibly serious consequences because the power supply could be down for months, and very few things operate without electricity in modern society.

The fact is, with all the dangers humanity is faced with, it has become increasingly urgent to be prepared for any disaster, including a possible pole reversal.

As Natural News previously reported, there are steps we should all be taking right now to be ready to face whatever may happen, including: