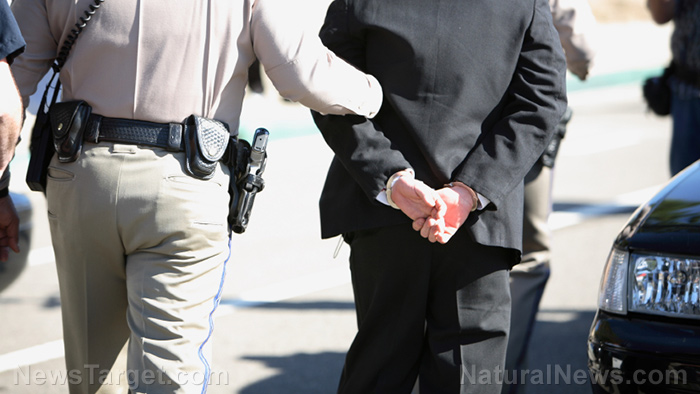 Government officials in charge of cities and states across the country that flout federal immigration laws by providing “sanctuary” status to illegal aliens could soon face criminal charges for their illicit refusal to comply with the nation’s residency and citizenship requirements.

The Department of Homeland Security (DHS) under President Donald Trump has reportedly instructed federal prosecutors to conduct an investigation into how best to tackle the problem of so-called “sanctuary cities,” with DHS Secretary Kirstjen Nielsen explaining in a recent statement that her agency will seek to prosecute violators to the full extent of the law.

“The Department of Justice is reviewing what avenues may be available,” Nielsen stated about the federal government’s plans to charge and hopefully arrest those who oversee “sanctuary cities” in defiance of federal law.

Harboring illegal immigrants in sanctuary cities not only creates additional strain on local infrastructure – greatly increasing costs for legal taxpaying citizens and residents – but it also puts the safety of local communities at risk. U.S. Immigration and Customs Enforcement (ICE) Director Tom Homan warns that continuing to cater to the “undocumented” further puts the lives of law enforcement officers at risk, who must continually deal with the problem of added crime in sanctuary areas.

Back in July, Homan told The Washington Times that he hoped to see local officials who support the sanctuary city agenda charged as complicit in smuggling human beings, as this is technically the case whenever illegal aliens are shielded from the tenets of immigration law. During a recent interview with Fox News, Homan reiterated this position.

“That is a violation of 8 USC 1324,” Homan stated during an interview with Fox‘s Neil Cavuto about the legal ramifications when politicians and other civic leaders knowingly shield and harbor an illegal alien. “I’ve asked the Department of Justice to look at this,” he added, asking the questions, “Can we hold them accountable? Are they violating federal law?”

The Trump administration emphasized last spring its commitment to dealing with the sanctuary city problem aggressively and head-on. One of its first efforts to follow through on this was to issue warning letters to officials in sanctuary areas like Miami-Dade County in Florida, Milwaukee County in Wisconsin, Cook County in Illinois, Philadelphia, New Orleans, New York City, Las Vegas, and Sacramento that if they refused to cooperate with federal immigration laws, they could lose federal grant money.

Since none of the several hundred sanctuary cities across the U.S. have made any substantial changes since that time, the Trump administration is taking the next step towards invoking real change by threatening to hold government officials personally accountable for continuing to placate criminal at the expense of the safety and livelihood of both law-abiding citizens and legal residents.

One of the first politicians Homan would like to see locked up is California Governor Jerry Brown, who on January 1, 2018, signed a bill into law that declares the entire Golden State to be a sanctuary haven for criminal aliens. Further, the bill prohibits state and local law enforcement officers from arresting illegal aliens, in spite of civil immigration warrants.

“The state of California better hold on tight,” Homan warns about the dangers associated with sanctuary policies such as those recently enacted in California. “More citizens are going to die because of these policies.”

To keep up with the latest news on sanctuary cities, illegal immigration, and political corruption, check out Domesticterrorism.com.