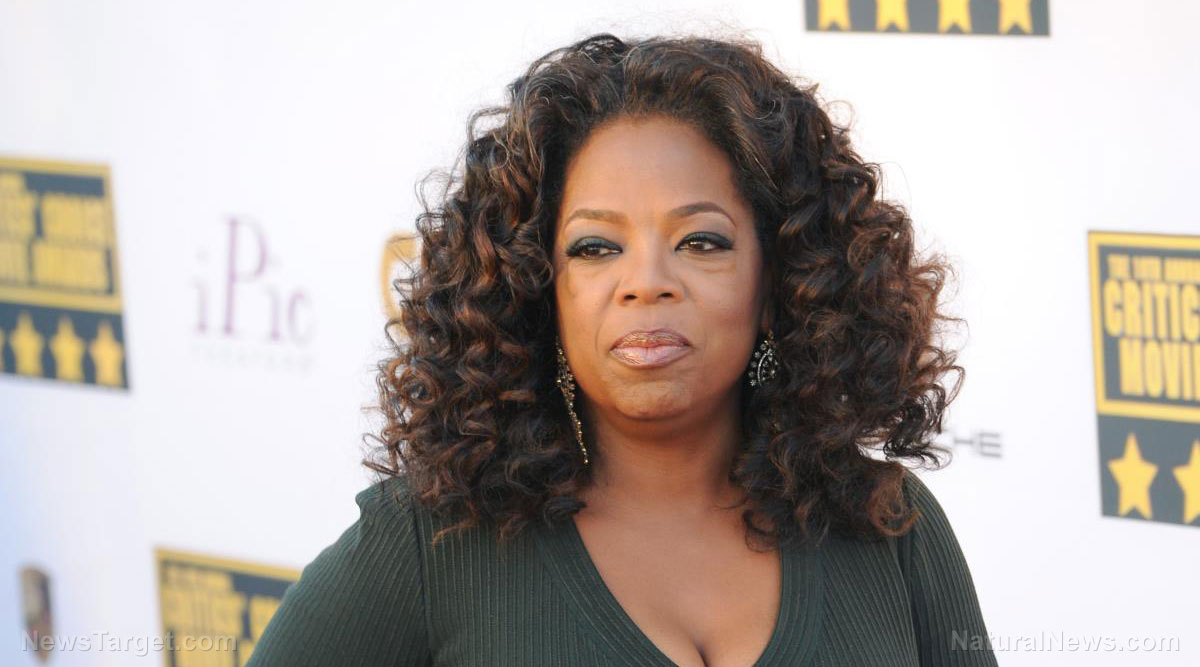 What exactly is so appealing about the idea of Oprah Winfrey for President? She’s extremely wealthy and her name appears quite often on television and in magazines; other than that, what qualifies her to be the next commander-in-chief and leader of the free world?

Perhaps the liberals like her so much because, simply put, she’s “one of them.” Think about it – she despises people who consider themselves to be conservative or right-of-center, she believes that government is the solution to anything and everything, and beyond that, she tends to use feelings and emotion rather than facts and logic when delivering messages to the American people.

For example, during her speech on Sunday evening after receiving the Cecille B. DeMille Lifetime Achievement Award, Oprah seemed to imply, among other things, that not much has improved for black women living in the United States since the year 1964, which of course is a ridiculous and highly inaccurate statement.

Talking about how moved she was in 1964 when Sidney Poitier won the DeMille Award, Oprah said, “I remember his tie was white, and of course his skin was black, and I had never seen a black man being celebrated like that.” Oprah went on to say that she tried many times to explain how significant of a moment that was “to a little girl, a kid watching from the cheap seats as my mom came through the door bone tired from cleaning other people’s houses.”

But then, Oprah attempted to connect the feelings she had as a little girl watching Sidney Poitier win the DeMille Award to the feelings that many young black girls will have towards her own victory in 2018, which is just plain silly. “In 1982, Sidney received the Cecil B. DeMille award right here at the Golden Globes and it is not lost on me that at this moment, there are some little girls watching as I become the first black woman to be given this same award,” Oprah said.

At another point in her speech, Oprah compared the story of a black woman who was tragically raped in Alabama back in 1944 to women in Hollywood today. After telling about how Recy Taylor has been kidnapped and brutally raped in Alabama by a group of six white men, Oprah stated that Taylor lived for far too long in a culture that was broken by “brutally powerful men,” and argued that “for too long, women have not been heard or believed if they dare speak the truth to the power of those men.”

Not surprisingly, liberals across the country went nuts for Oprah’s speech, which truthfully wasn’t anything special. NBC, for example, published a tweet on their official Twitter page declaring that they have “nothing but respect for our future president.” But once you get past all of the emotion, what exactly qualifies Oprah to become the 46th president of the United States? Does she know anything about creating a healthy economic environment that allows for the creation of jobs? Does she know how to keep us safe from enemies both foreign and domestic? Does she know anything about the God-given liberties outlined in the United States Constitution, which she will take an oath to defend if she is elected? These are all questions that the American people should be asking. (Related: Democrats now want Oprah to run against Trump in 2020… and you’re not allowed to criticize her, ever!)

Furthermore, we just got through with eight years of a president who brought up race and skin color every chance that he got – do we really want another leader that does the same thing? It doesn’t take a political expert to know that Barack Obama’s constant race-baiting and divisive rhetoric led to an enormous amount of tension and unrest in this country – how on earth is it a good idea to elect somebody else who will be just as racially divisive?

Oprah may be a friendly woman outside of the realm of politics, but as far as running for president, she is simply not a good choice.