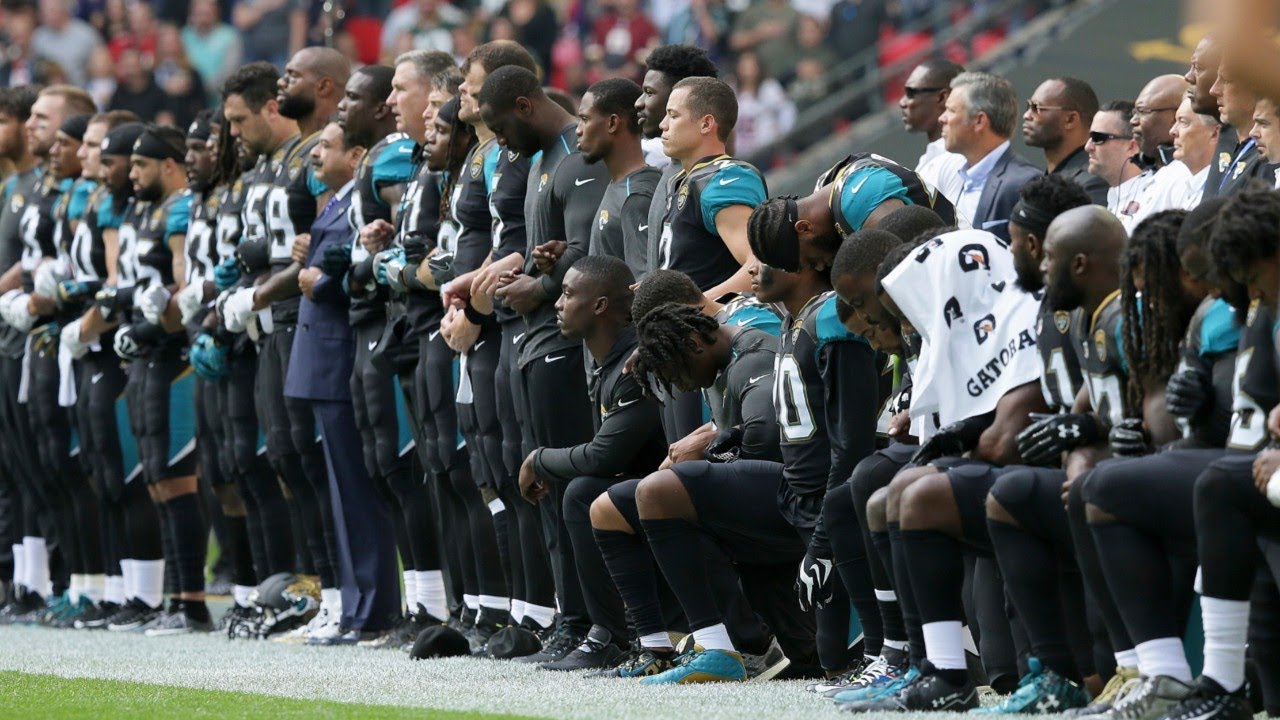 Well, it’s official: The National Football League is no longer America’s favorite professional sport after scores of players from all 32 teams have begun protesting the American flag and National Anthem over alleged ‘social injustice’ and police brutality against black men.

But now one U.S. lawmaker wants to go a step further: He has introduced legislation that would no longer allow tax dollars to subsidize the league, citing the player protests and disrespect as his reason.

“NFL players have protested the national anthem for a little over a year now,” writes Rep. Matt Gaetz, R-Fla., at The Daily Signal. “First they kneeled for Black Lives Matter, then against ‘police brutality.’ Now, they’re kneeling to protest racial injustice.

“But has kneeling helped them raise awareness? Has their weekly spectacle changed any policies or laws? No. If anything, their protest has backfired spectacularly — it’s simply made a lot of Americans stop watching football.”

He adds that the reaction from fans — most of whom respect the flag and the anthem — should have been expected because choosing those two uniquely American symbols was bound to elicit more than just boos and groans. And in fact, since the current season began in September, game attendance, sales of NFL merchandise and TV viewership of games have all declined substantially.

What’s more, Gaetz notes, the protests are misguided in that they signify a “broad, overgeneralized indictment of America” that is not a “critique of injustice” nor does it help solve issues and lead to reforms. (Related: NFL owners who are refusing to quash players’ political protest of the National Anthem have chosen politics over league conduct policy.)

There are better ways to show your displeasure than choosing football games and the National Anthem to protest, Gaetz argued, reflecting the feeling of millions of fans.

And while it’s easy to gin up strong feelings about the disrespect players are showing towards the country — their country — it’s more difficult getting excited about the tax code, the congressman says, though these protests provide a perfect opportunity to address a taxpayer injustice:

Section 501 (c)(6) of the Internal Revenue Code provides a list of tax-exempt trade organizations: business leagues, chambers of commerce, real estate boards, boards of trade, and professional football leagues. Which one of these things is not like the others?

The NFL was granted its tax exempt status in 1942, and after the NFL and the AFL (American Football League) merged in 1966, then-NFL Commissioner Pete Rozelle sought to make the tax exemption permanent.

At the same time, a pair of Louisiana Democrats wanted a football team in their state, making for a ‘made-in-Washington’ solution.

The next thing you know, the New Orleans Saints came marching in.

Now, understand that the tax exemption does not apply to each team. They, along with the players, pay taxes. The exemption status only applies to the NFL League Office.

Now, as Gaetz notes, it would be one thing — but still unfair — if the League Office only took care of pensions and paperwork. But it’s principle duty is negotiating deals for new stadiums. And these are funded mostly with taxpayer dollars that are brought in via increased taxes and municipal bond financing plans.

Over the past 10 years alone, some $7 billion in taxpayer funds were spent on lavish new stadiums and, in the most egregious cases, cities were building new NFL venues even while taxpayers were still paying off old venues in the same cities — stadiums that had since closed down.

“This is corporate welfare run amok,” notes Gaetz, who wants to get rid of these taxpayer subsidies and stadium funding schemes.

Called the PRO Sports Act, his legislation would end the tax exempt status for sports leagues that earn more than $10 million annually (the NFL is a multi-billionaire-per-year earner).

He urges everyone to call their representative and ask him or her to support it. If players won’t support their own country and its flag, then they don’t deserve taxpayer support.