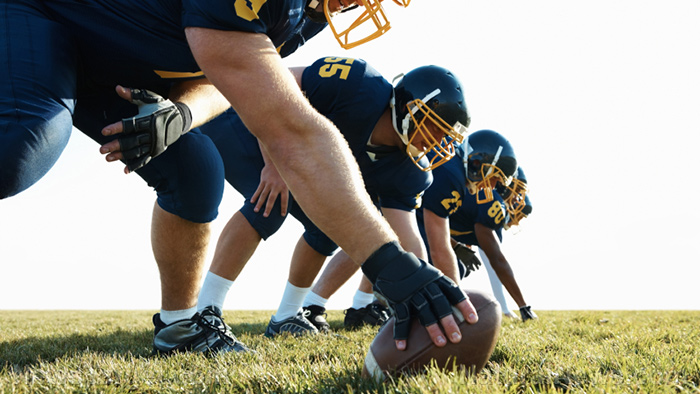 In a name of tolerance, a northern California high school may or may not be trying to discourage the chanting of “USA” during football games.

Vista Del Lago High School in Folsom seems to be sending some mixed messages of its own about the USA chant, however. Folsom is located in the Sacramento area.

School officials claim that the USA chant can come across as offensive or intolerant. Students and parents, however, point out that it is just the opposite: It is an expression of pride in the country that encourages everyone to pull together in the name of patriotism and unity.

Apparently there is no official ban on chanting USA at games at the high school, which would have freedom-of-speech implications.

In an attempt to clarify the situation after the controversy emerged, the principal emailed parents with the same info that she explained to students over the school’s public address system, the CBS Sacramento affiliate reported.

She told students and parents that sometimes “We can communicate an unintended message.” She also said USA chanting is welcome, but it may be best to do it at what she says are appropriate times, like following the national anthem or the Pledge of Allegiance.

This premise was echoed by the California Interscholastic Federation, which indicated that there is a time and a place for the USA chant.

“At some schools across the country, the chants appeared to be used in derogatory ways toward opponents of different ethnicities,” but no one has ever complained about the USA chant at football games or rallies at Folsom, the CBS station added.

Some critics of teachers’ unions in general claim that public schools are dominated by agenda-pushing, anti-free speech liberals who, in part, seek to undermine the traditional cohesiveness of the American experience. (Related: Read more about the excesses of far-Left progressives at LiberalMob.com.)

Parenthetically, California is the same entity that is hell-bent on making itself a sanctuary state that is non-compliant with federal immigration law, thereby enabling violent illegal alien felons to avoid apprehension by Immigration and Customs Enforcement agents for deportation. Sanctuary state legislation passed by the far-Left cabal running the California legislature is now on Gov. Jerry Brown’s desk, and he is, of course, expected to sign it.

Last year, Natural News founder Mike Adams explained how a California high school was force-feeding, as it were, a pro-vaccine propaganda film on 10th grade students followed by a pop quiz.

The test given to high school students is rife with factual errors and gross omissions…[Students are] taught that vaccines are based on “science” and therefore anyone who questions the outrageous claims of safety and efficacy of vaccines must be “anti-science.”

Setting aside your thoughts about the vaccine issue, have you noticed that groups that advocate tolerance and inclusion tend to be the most intolerant and exclusionary to other ideas and opinions and abandon their support for diversity when it includes diversity of thought?