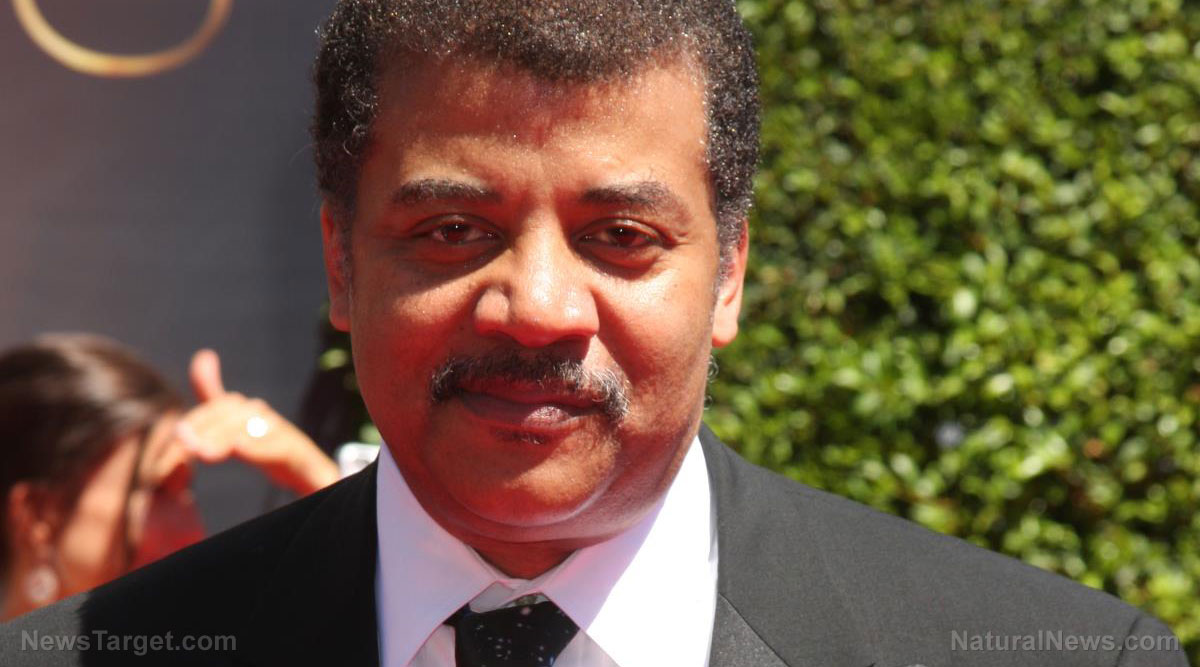 Chances are that during his tenure at Harvard back in the late 1970s, Neil deGrasse Tyson never had cognitive aspirations of becoming a poster boy for corporate, for-profit “science” after graduation. But that’s exactly what this pseudoscience charlatan has become, joining the ranks of other shameless propagandists like Jon Entine and Bill Nye whose entire careers are centered around spreading lies and misinformation about science to the public.

Following in the footsteps of his hero Carl Sagan, Tyson has long been a lover of all things astronomy. After being appointed by former President George W. Bush to serve on the U.S. Aerospace Industry Commission, Tyson would eventually be asked to implement the entire U.S. Space Exploration Policy. His reputation would grow exponentially as a result of these great honors, propelling Tyson to his current status, which some might describe as “ultimate science communicator.”

There’s only one problem, though. What Neil deGrasse Tyson communicates isn’t science – it’s a bunch of corporate talking points strung together to sound cool and edgy. In more cases than not, it’s also flat-out lies, not only about science itself but also about other people. The man is a total fraud, in other words, which is unfortunate because he really could have been someone great, had he not decided to sell his soul to the devil somewhere along the way.

One of Tyson’s most notorious lies is the one that conflates genetic modification with selective breeding. The former involves artificially splicing plant, animal, and even chemical DNA together to create mutant organisms that don’t exist anywhere in nature. The latter is a natural technique by which desirable traits within the same species are utilized to create stronger plants. It’s a very basic distinction, but Neil deGrasse Tyson doesn’t seem to know the difference – that, or he’s willfully and knowingly spreading deception to make GMOs seem safe.

“Tyson has said that we’ve been genetically mutating food for ‘thousands of years’ but this is simply not true,” explains TruthWiki.org.

“Genetically modifying food with dangerous organisms that would never find their way into the seeds of the food that humans eat is extremely unethical. Even the process of artificial selection has nothing to do with biotechnology, where the latter involves inserting the genes of foreign living things into the seeds of a crop in order to kill weeds and insects for profit.”

A large segment of Tyson’s following is folks who’ve listened to him speak once or twice and simply like his sharp and witty communication style. But if these people would actually take the time to investigate whether or not his claims have any merit, they’d realize that a great many of them don’t. In fact, many of the people or sources Tyson quotes as cannon fodder in order to prop himself aren’t actually real.

In one instance, Tyson gave a speech lambasting the very man who helped put him where he is today. He claimed that former President George W. Bush uttered the phrase, “Our God is the God who named the stars,” immediately after the 9/11 terrorist attacks, citing this alleged quote as evidence that Bush was trying to segregate the various gods of the Abrahamic religions when, in his personal view, they’re all the same God.

Bush became the object of ridicule on this particular occasion because Tyson saw an opportunity to prop himself up at the former president’s expense. But an investigation by The Federalist found that Bush never actually said this quote. President Bush did quote something similar after the Columbia Space Shuttle explosion in 2003, but he did not do so after 9/11 in order to distance American religion from the one practiced by radical Muslims.

Not a single thing that Tyson said about Bush during that speech was in any way true, and yet nobody in the mainstream media called him out for this. For that matter, neither did any of his followers, most of whom were probably awestruck just to be able to hear their science god utter words from his own mouth.

This wasn’t the only instance in which Tyson lied about things other people said – or wrote – in order to make himself appear smarter than he actually is. During a presentation he made at the Tableau Conference in Seattle, Tyson showed a slide to his audience with words that he claimed were printed in an actual newspaper headline. The alleged headline read as follows: “Half the schools in the district are below average.”

The point of Tyson putting up this headline was to mock it – look how badly journalists understand statistics, he proclaimed. Except for one thing: The headline wasn’t real. That’s right – Tyson completely made it up and was later called out on this fact by multiple sources before it was buried down the memory hole. Tyson has been caught making up quotes on many other occasions as well, including one that he used to bash members of Congress.

Tyson even appears to have made up an entire story about how he “bravely” confronted a judge for being mathematically illiterate – a story that, every time Tyson tells it, constantly seems to change.

In truth, Neil deGrasse Tyson is right at home with other known liars like Jon Entine and Bill Nye, not to mention corporate entities like Big Tobacco and the American Council on Science and Health (ACSH), both of which peddle sciencey-sounding lies to the easily persuaded and gullible segments of society.