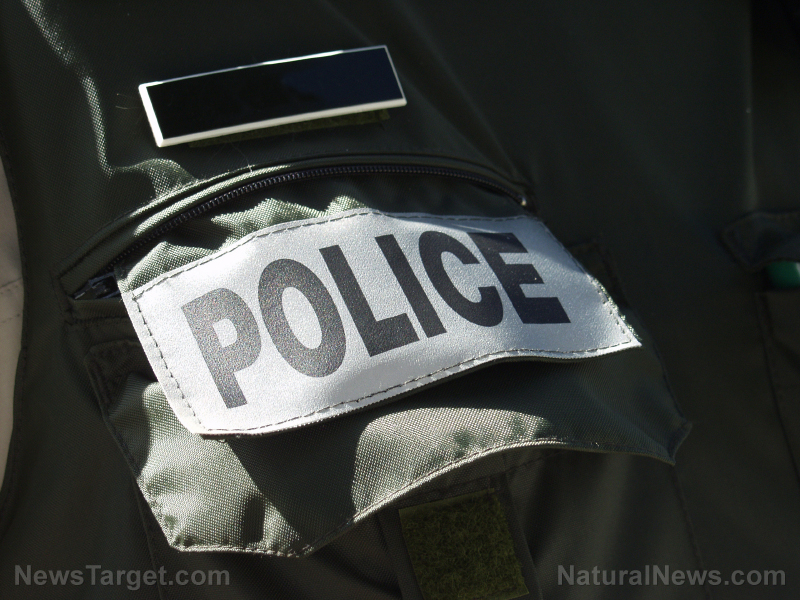 Whenever bloggers or media commentators cover the controversial issue of police brutality, it is absolutely vital that things are first put in context. As with every other institution in the country, America’s police force is not, and never will be, without flaw. Indeed, man is not perfect, and so we should not expect every single police officer to be perfect either. Some have severely abused their authority in the past, and as a result, the civil liberties of the people have been trampled upon. Put in context, however, these abusive cops are the exception, not the rule. Generally speaking, our men and women in blue are brave, heroic individuals who put their lives on the line to keep us safe. No one forces them to do this job, but they do it anyway because they genuinely care about the safety and well-being of their communities – for that, they deserve nothing but respect.

Unfortunately, some members of the Pierre Police Department in South Dakota last year crossed the line. After responding to a domestic dispute call and arriving at the home of Dirk Sparks, police noticed that Sparks was acting out of the ordinary. Assuming that he was under the influence of some type of drug, the police asked Sparks if he would provide them with a urine sample. When Sparks refused, the officers obtained a warrant to force him to provide the sample anyway.

What happened next was not only excessive, but also unnecessary. Sparks was transported to a hospital, where he was handcuffed, hooded with a black bag, and restrained by four officers as a nurse inserted a catheter into his penis. Although the urine sample did in fact test positive for marijuana and methamphetamines, Sparks found himself primarily concerned with the fact that his privacy rights had just been violated.

“It was degrading,” Sparks said to the Argus Leader, one of South Dakota’s major newspapers. “I was angry. I felt like my civil rights were being violated.” Sparks went on to say that it was painful for him to urinate for weeks following the incident, and that he still has nightmares about it to this day. “I didn’t actually think they were going to go through with it,” he said. “Even when we went to the hospital, I thought it was a threat.”

Last February, a similar incident happened with the same police department, only this time the victim was not a middle-aged man but rather a 3-year-old boy. When Kirsten Hunter’s boyfriend failed a drug test, the police requested urine samples from her children. Hunter said that while she and her daughter could provide urine, her 3-year-old son was unable to do so because he was not yet potty trained. The police didn’t show any signs of sympathy in the least bit, and the young boy was held down and catheterized by nurses.

“They just shoved it right up there, and he screamed so bad,” Hunter explained. “He’s still dealing with a staph infection, and we are still giving him medication.”

Obviously, the Pierre Police Department has made a pattern out of overstepping their boundaries and abusing their authority, most likely due to poor leadership from the top. Regardless, there is really no legitimate excuse for their actions.

But as horrifying as each of these stories are, it is incredibly important to not let a handful of isolated incidents define the entirety of the police force. For every officer that supported the idea of forcibly catheterizing Dirk Sparks of that 3-year-old boy, there are hundreds of others who would have handled the situation in a much more rational and professional manner.