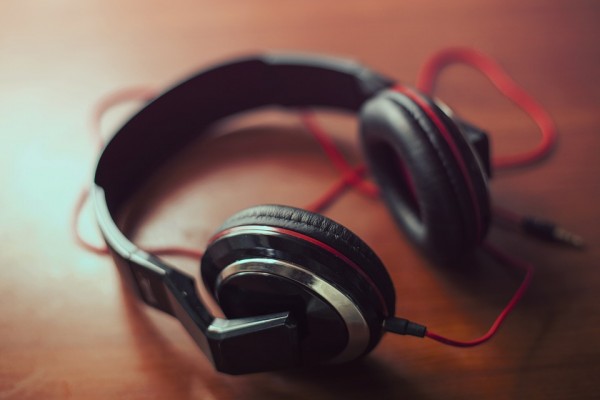 Bose is selling your personal information to third party mining companies, a new class-action lawsuit claims. The complaint filed in the U.S. District Court in Chicago accuses the high-end headphone company of distributing their users’ listening history through their Connect app to third party companies for massive profit. Attorney Chris Dore, who represents the main plaintiff, Kyle Zak, told Yahoo.com that “people should be uncomfortable with it. People put headphones on their head because they think it’s private, but they can be giving out information they don’t want to share.”

Dore explains that a person’s listening history reveals personal and often very identifying details. He gives an example in the lawsuit, stating that if a user listens to a Muslim prayer service, it is more likely that the person is Muslim. Dore further notes that other details, such as sexual orientation and political views, can be gleaned from a person’s listening history. In a separate article on NBCNews.com, Dore notes that “one of the issues raised by this lawsuit is that it’s not clear what’s happening. The danger with undisclosed and unexplained data collection is, the world is open to these companies to do what they want.”

Bose has retaliated by saying these allegations are “inflammatory” and “misleading.” In their official response, which was reported on USAToday.com, Bose says, “We don’t wiretap your communications, we don’t sell your information, and we don’t use anything we collect to identify you — or anyone else — by name.”

The complaint alleges Bose to have broken several federal and state laws including the Federal Wiretap Act, the Illinois Eavesdropping Statute, and the consumer fraud and invasion of privacy laws. In the suit, Zak demands the company to destroy all the user data they have collected. If found guilty, the company stands to face damages exceeding $5 million.

Kyle Zak paid $350 for his QuietComfort 35 headphones. After reading the user’s manual, Zak followed Bose’s suggestion to download the Connect app which asked him for personal data like his name, e-mail address, and headphone serial number. In the same article in Yahoo.com, Zak alleges that Bose had sent “all available media information” to Segment.io, a third party site that collects customer data. He claims the company is quietly amassing customer data to boost profit. Zak is seeking millions of dollars in damages for users of QuietComfort 35, QuietControl 30, SoundLink Around-Ear Wireless Headphones II, Soundlink Color II, SoundSport Wireless, and SoundSport Pulse Wireless. Dore says that while Bose does have a privacy policy, users are not required to agree to it. “The user does not interact with it in any way when signing up for the app. It also doesn’t disclose this data collection,” notes Dore.

Technology is a double-edged sword

This isn’t the first time allegations of the voyeuristic tendencies of tech companies have been made. Only last year, Google was accused of listening to their users’ conversations via a specially-installed software that came with the downloading of Google Chrome. With this software, remote technicians could hear nearby conversations held near the computers where the browser was installed.  Representatives of Google stated in their developer board that “while we do download the hotword module on startup, we do not activate it unless you opt in to hotwording.” (Related: Are you sure no one’s listening? Learn more from articles at PrivacyWatch.news,)

An article on BBC.com noted that there were eerie coincidences that prompted several people to ask whether their smartphones were listening in on them. What started as a half-joke on Reddit.com spurred a slew of responses that caused actual scientists to see if these claims were true. Cybersecurity expert Ken Munro was initially hesitant to test this theory but eventually caved in. He, along with colleague David Lodge from Pen Test Partners, developed a prototype app which used the existing functionality of Google Android. Their rough software proved that listening in to a person’s conversation via a downloaded app is possible. Monroe told the author of the BBC.com article, “I am not so cynical now. We have proved it can be done, it works, we’ve done it. Does it happen? Probably.”