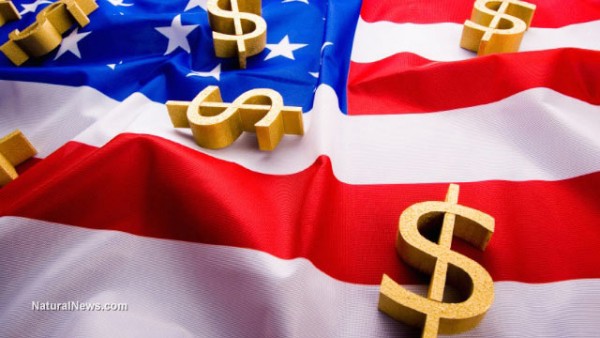 A recent report from Mother Jones has revealed disconcerting information regarding the American Council on Science and Health (ACSH) particularly regarding financial influence on behalf of a variety of industry giants. It really shows how commonplace industry influence over “science” and policy has become.

The ACSH is essentially nothing more than a consumer front group for the businesses that fund it — despite their assertions that the organization is “independent,” a quick look at their financial donors would certainly suggest otherwise. You can view the full financial summary here.  One of the most concerning finds is their deep ties to the fracking industry, which has grown notorious for environmental pollution. Two fracking organizations — Achelis Bodman Foundation and American Petroleum — donated a combined $77,500 to the ACSH in just 2013 alone. Coca-Cola, which has come under fire for using their financial prowess for nefarious purposes in the past, donated a whopping $50,000 to the ACSH that year as well. Some other notable names on their list of corporate donors include McDonald’s, Syngenta, Proctor & Gamble, and Bayer Cropscience.

The ACSH has been subject to much criticism over the years. Sourcewatch.org quotes consumer advocate Ralph Nader as saying, “A consumer group is an organization which advocates the interests of unrepresented consumers and must either maintain its own intellectual independence or be directly accountable to its membership. In contrast, ACSH is a consumer front organization for its business backers. It has seized the language and style of the existing consumer organizations, but its real purpose, you might say, is to glove the hand that feeds it.”

The ACSH purports itself as an independent science organization that sifts through scientific claims and evidence to determine what is “true.” The problem here is that their truth, like many others’ version of the truth, is colored by the cash they receive from corporate behemoths. For twenty-some-odd years, the ACSH kept their donation records in the dark, nary an eye had glanced upon their record of industry funding. But recently, that all changed when their financial summary for the year 2012 had been leaked to the press.

In addition to the lengthy list of corporate donors, the document also reveals that the organization would be operating at a constant deficit, if not for the money they receive from their industry masters. In spite of the obvious evidence, the ACSH has continued to maintain that the organization is innocent and free of corporate influence, even as they rake in hundreds of thousands of dollars from questionable companies — and even as the group sets goals for obtaining even more money from corporate donors. As the internal documents from 2012 reveal, one of the ACSH’s top goals was to “Look for and seize opportunities to cultivate new funding possibilities.” The document also states that the agency wanted to increase their revenue that year by $100,000.

In addition to all of these donations, the ACSH has made a number of questionable — if not downright wrong — assertions regarding a number of chemicals and practices over the years.  As Sourecwatch.org reports, the ACSH has supported and defended many hazardous products over the years — including things like DDT, asbestos and Agent Orange. The organization has even allegedly referred to environmentalists and activists as “terrorists” whose arguments and criticisms are threats to society. The ACSH is infamous for their defense of GMOs, pesticides and other toxic modern technologies.

“Many people don’t realize that ACSH is run by a convicted felon,” explains Mike Adams, the Health Ranger, editor of Natural News. “The group is headed by a convicted con artist who was convicted for medical fraud. Now he collects money from the drug industry to attack scientists who question the safety of vaccine ingredients and GMOs.”

U.S. Right To Know reports that in the past, the ACSH has denied that fracking pollutes water or air, that there is no evidence BPAs are harmful, and that exposure to mercury (a widely recognized neurotoxic heavy metal) in seafood does not cause harm to humans.

And we’re supposed to trust that this organization not only knows what they’re talking about, but also that none of their opinions are influenced by the corporations that back them?