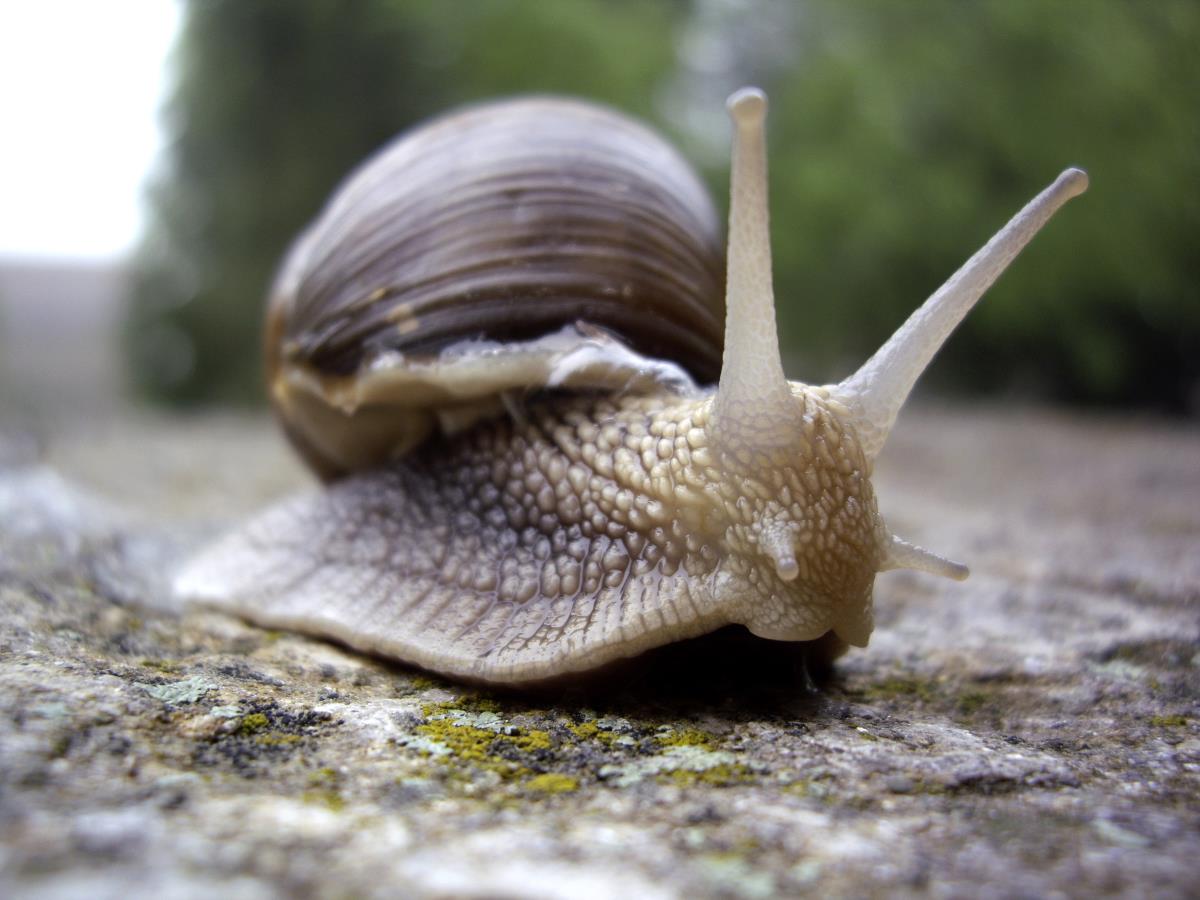 Escargot is the name for snail in the French tongue. These slimy little creatures have long been considered a delicacy in France, a nation well versed in the art of distinctive cuisine. France even celebrates a National Snail Day every May 24th, says Snailworld.com, who also reports that snails have been eaten for thousands of years because they are “low in fat and high in water and protein.” Their popularity continues to increase, says the Independent, due to their “meaty texture” and “delicate earthy taste.”

Snails are also “experiencing a culinary renaissance” in Britain, where snail farmers boast of a 200% increase in demand since 2014. They provide restaurants with snails for ravioli, croquettes, on toast with bone marrow or baked with Roquefort butter. The snail explosion hasn’t yet taken off in America, but Home.BT.com believes that the nutritional benefits of snails will cause them to soon be “crawling their way onto a plate near you.”

Snails contain a good amount of protein, explains Healthyeating.SFgate.com. If you consume 3.5 ounces of snail, you’ll receive 16.5 grams of protein. The same serving of catfish would provide 19 grams of protein. Snails rank high in iron content, which is essential to red blood cell production. Consuming 3.5 ounces of snail meat, will give you  3.5 milligrams of iron, and that’s more than beef. Eating 6 ounces of beef yields just 4 milligrams of iron.

Snails provide 250 milligrams of magnesium, “far more than beef, chicken, pork and fish,” which provide only 30 milligrams. In 2005, Life Extension Magazine, quoted a government study stating that 68% of Americans were magnesium deficient. Considering the deteriorating diets and eating habits since then, understanding the benefits of magnesium is more important than ever.  Magnesium is essential for over “300  biochemical reactions in the body,” including maintaining a steady heartbeat, “normal muscle and nerve function,” regulating blood sugar, maintaining healthy blood pressure, keeping your bones strong and much, much more. This burgeoning superfood is also reported to provide vitamin B-12, limited amounts of selenium and a “a little Omega-3,” according to Phil Hobson, a nutritionist from Healthspan.

The downside to eating snails, says Mother Earth News, is the “potentially dangerous parasite called the rat lungworm.” Never eat a raw snail, which contracts this parasite as it roams to eat “the feces of infected rodents.” This particular parasite, if it gets into a human body, can’t live, but it “can produce a toxic reaction called eosinophilic meningitis.” This is when the sheath surrounding the brain, called the meninges, gets inflamed. Severe brain damage can result. To avoid this serious condition, snails are very carefully prepared.

Whether a fancy escargot with garlic butter, or a back yard snail experiment, Grit has some keen advice when cooking up a batch of snails from your organic garden. One of the most important things is to purge snail toxins before consuming. Grit recommends putting the snails in a dish of cornmeal for a few days before you “boil them, extract them from their shells” and then use them however you’d like.

Chefs in Britain take a slightly different tack, reports the Independent. After farmers grow snails to “a juicy 12 grams,” they aren’t fed cornmeal. Instead, they are “starved for up to a week” to get those impurities out and then “dropped alive in boiling water — much like lobster.”

Donald Broom, a Cambridge University Professor of animal welfare, says the jury is still out on whether snails actually “feel pain.” A short freezer chill is suggested before the boil to “slow their nervous process.”

Oh, the life of a snail, coming soon as a superfood to America.